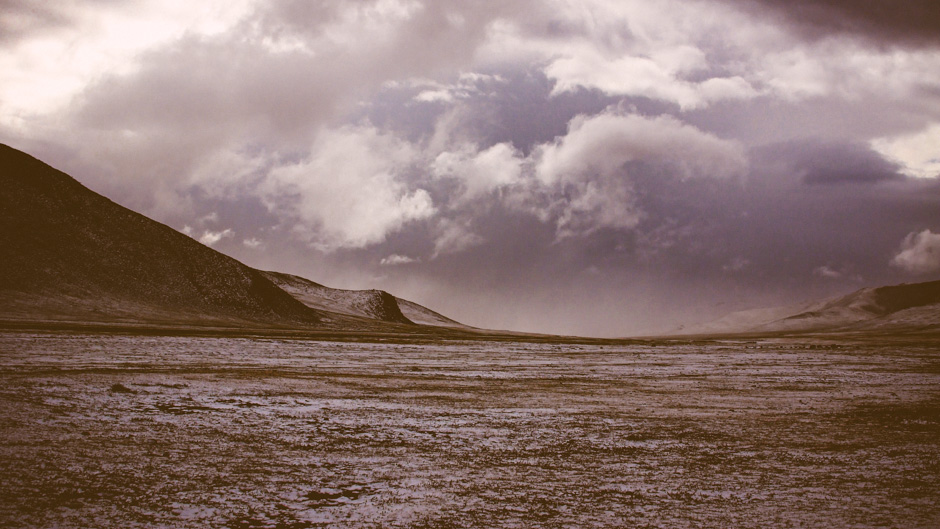 Mongolia, 90 percent dependent on fuel imports from Russia and vulnerable to price hikes, is seeking to develop its oil shale deposits of at least 800 billion tons.

The country recently signed a five-year agreement with US company Genie Energy to explore oil shale “in situ”.

Oil shale is essentially oil trapped in solid form within rock. Shale oil, also known as kerogen, is produced by pyrolysis, hydrogenation, or thermal dissolution, by contrast with shale gas, which is extracted by hydraulic fracturing or fracking.

Jason Bane, communications director of Western Resources Advocates, an environmental group based in the US state of Colorado, explained that while the United States has some of the largest shale oil reserves in the world, they are not commercially viable yet.

“In Estonia they burn oil shale for energy like you would burn coal, which is not overly complicated. But squeezing kerogen [a fossilised material in shale that yields oil upon heating] out of a rock is a different idea entirely. Small amounts of fuel have been produced at various points, but a commercial process is only theoretical,” he told IPS.

“If it were possible, oil shale production would be incredibly harmful to the environment, through air pollution and intensive water use,” he added.

Richard Heinberg, senior fellow at the Post Carbon Institute, told IPS that “Most efforts to turn this type of resource into a liquid fuel have failed financially. It has a lower energy density than coal and worse environmental impacts. This would be a disaster for Mongolia.”

However, Jeremy Boak, director of the Centre for Oil Shale Technology and Research (COSTAR) at the Colorado School of Mines, challenges this. According to him, the technology is being rapidly developed and holds commercial promise. “The opposition is citing data that is decades old,” he told IPS.

“[Environmental groups] commonly cite a [US] Government Accountability Office report that simply reviewed all historic data, and concluded that the average [water] use would be five barrels of water per barrel of oil, with the possibility of numbers up to 12.”

Boak said while experimental, the technology is not untested. “Shell has experience in Colorado. Water use is now about one barrel of water for one barrel produced,” referring to unconventional energy expert Harold Vinegar, a chief scientist at Genie Energy, who previously worked with Shell.

Vinegar had conducted pilot testing on oil shale technology but retired after Shell stopped the research. Then he joined Genie.

“One cannot equate potential environmental impacts with certain environmental catastrophe, as some groups have tended to do,” Boak said.

Geoscientist David Hughes with the Post Carbon Institute is aware of Vinegar’s work at Shell.

“The heating of shale underground to extract the oil lasts up to three or four years,” he told IPS. “The freeze wall [developed while Vinegar was signed on with Shell] is to prevent groundwater from invading the heating process. Shell shut down the process but declared the freeze wall to be a success. There will have to be a lot of pilot testing—we’re talking years and years.”

Perhaps because the process is still being tested, transparency has been lacking. Sukhgerel Dugersuren, director of Oyu Tolgoi Watch, a Mongolian environmental NGO, didn’t know about the agreement with Genie until Canadian anti-tar sands and shale activist Macdonald Stainsby contacted her shortly after the announcement.

Sukhgerel set a meeting for local environmental groups to get some oversight started. “Only one person I contacted personally came,” she told IPS. “But that was still useful as she represents the professionals who do the EIAs [environmental impact assessments]. I am very hopeful that she will spread the news to evaluation companies.”

Sukhgerel and Stainsby also learned another company, MAK from Mongolia, is working on oil shale projects near the Gobi desert.

Stainsby told IPS “I was not able, nor was Sukhgerel, to determine where the Genie plant would be located; this was not advertised – the government did not list either site [MAK or Genie] nor did it give coordinates.”

They eventually learned Genie was exploring in the Tov province near Ulaanbaatar after parliament released the information in late spring. Only one foreign media outlet reported Genie had licenses in the Tov province, near the Tuul River.

Pastoralists upstream from the Tuul in the next province, close to where it merges with the Orkhon River, told IPS about Genie’s presence. Dashdavaa, a herder in her sixties, said “Four or five new families came here because they had to move from Genie’s work. There is not enough grass now and water for all these families here.”

Her neighbour Tsetseghkorol, a woman who has lived 40 years along the river, said they don’t know much about Genie’s project, just that they are looking for oil and possibly want to build a plant.

IPS contacted the Ministry of Environment and Green Development several times to obtain more information, but received no reply.

Mongolia is part of the Extractive Industries Transparency Initiative (EITI), which publishes information on licenses, taxes and royalties paid to governments. When contacted, a spokesperson said they did not have information on the Mongolia-Genie agreement yet.

IPS also contacted Genie’s headquarters in the US several times by phone and email, but did not receive an official reply.

Mongolia is keen on investment. Although it is one of the world’s fastest-growing economies, foreign direct investment this year is down 42 percent from last year. Minister of Mining D. Gankhuyag has said he looks to oil shale as a welcome new investment opportunity.

“The Mongolian government has always tried to find a balance between economic development, and conservation of the environment and culture of which they are justifiably proud,” said Rebecca Watters, director of the Mongolian Wolverine Project, which studies the impact climate change has had on the shrinking habitat of the endangered species.