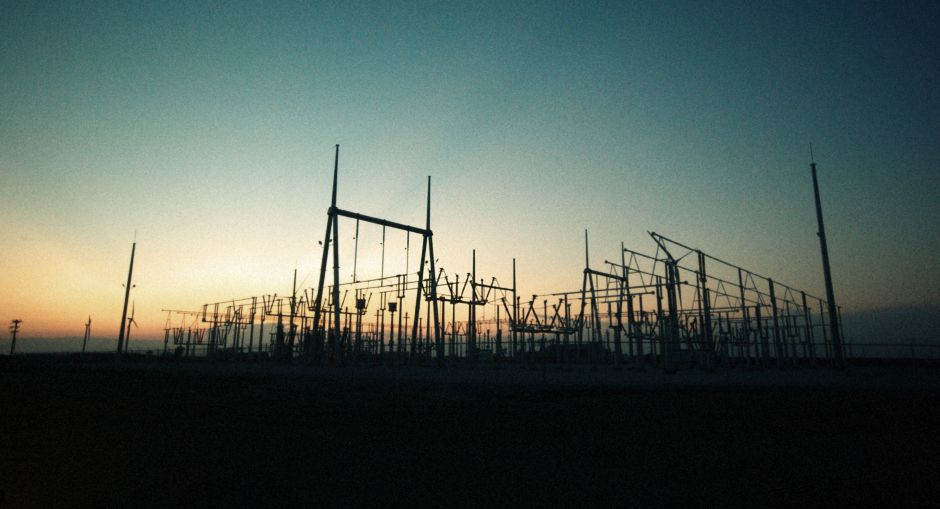 The desire for self-sufficiency has always been a common trait of human society. After all, no one likes to be dependent upon others, especially for vital commodities and services. From a geopolitical perspective, this sentiment is arguably at its strongest when it comes to energy. The Arab Oil Embargo, Russia’s gas supply cut-offs to Europe and Venezuela’s and Iran’s threats to use the ‘oil weapon’ have all reinforced importing nations’ urge for energy self-sufficiency.

No country is more preoccupied with this than the United States, where for the past four decades achieving energy self-sufficiency has been the mainstay of Washington’s energy policy. The only difference between Republicans and Democrats is that the former emphasize supply side solutions (‘Drill Baby Drill’) whereas the latter call for an ‘oil diet’ that uses less oil through taxation or increased fuel economy standards.

The result is that the overwhelming majority of Americans believe that energy self-sufficiency will improve national security, alleviate the debt and budget crisis and yield lower and more stable gasoline prices. This worldview is based on myths and poor understanding of how the modern global energy market actually works. True energy security requires both uninterrupted energy supply and affordable prices. In today’s globalized world, energy self-sufficiency guarantees neither.

A nation’s energy basket is usually comprised of several commodities. Coal, natural gas, biomass and uranium are responsible for most nations’ electricity generation while petroleum and its products dominate the transportation sector. Some countries can reach self-sufficiency in one of the two sectors. For example, the United States’ electricity sector is practically self-sufficient. Other countries are not far behind when it comes to electric power: nuclear power generates 78 percent of France’s electricity, and renewables are responsible for 82 percent of Brazil’s power. But of the world’s 195 countries, very few are truly self-sufficient. Even energy-rich countries like Russia, Saudi Arabia, Venezuela, Brazil and Canada which are well endowed in hydrocarbons import some of their energy in the form of refined petroleum products due to insufficient refining capacity.

With some effort and investment in new refineries, this dependency can be eliminated, but most countries are not that fortunate. Of the world’s top ten economies, only two, Brazil and Canada, can theoretically reach self-reliance. The rest — China, Japan and Germany to name a few — are poor in resources in relation to their needs and their dependency on energy imports is growing by leaps and bounds. This means that as long as hydrocarbons dominate both our electricity and transportation systems, most nations will never be able to achieve self-sufficiency and will continue to rely on the global energy trading system.

Neither reliable nor affordable

While the pursuit of energy self-sufficiency lends itself to tactical solutions — such as increased domestic production or fuel economy mandates — that may have a positive effect on a nation’s trade balance and the environment, it would not have a profound impact upon the global price of crude and geopolitics. The reason is that oil is a fungible commodity whose price is being determined in the world market on a minute-by-minute basis. A price of a barrel of oil is more or less equal to every consumer, and when the price spikes, it does so for everyone regardless of where their supply comes from. (This is not always the case for natural gas: unless it is traded in the form of liquefied natural gas, its price is pre-determined in long-term contracts.)

In 2008, for example, the United Kingdom was virtually self-sufficient in oil. Yet, in keeping with other import-dependent economies, British motorists were affected by a sharp rise in crude prices that led to protests over the rising cost of petrol. Over the past decade, both US oil production and vehicle fleet fuel efficiency have increased sharply. Consequently, US oil imports have decreased from 60 percent in 2005 to 42 percent in 2012. Yet, despite the fact the US is the world’s top oil consumer, none of this had any noticeable impact on the price of crude. On the contrary, the burden of imported oil on the US economy has roughly doubled and the share of oil imports in the overall trade deficit grew from 32 percent in 2005 to 58 percent in 2011.

Both case studies suggest that the move towards greater self-sufficiency does not necessarily lead to cheaper energy prices. All countries, irrespective of whether they are importers or producers, are part of the global energy market. This also casts doubt over the popular assertion that energy self-sufficiency could, in turn, weaken oil-exporting Middle Eastern states that are hostile to the West. OPEC member-states — who control nearly 80 percent of global conventional reserves — need a certain breakeven oil price in order to keep their economies afloat. Any increase in non-OPEC oil supply or reduction in demand invites a reciprocal cut in production by OPEC aimed at restoring the price to the level OPEC governments would like it to be.

Equally tenuous is the argument that oil exporters can punish or target their clients with effective embargoes for geopolitical reasons. Suppose that for some reason, Saudi Arabia decided to cut its oil exports — currently at 1.3 million barrels a day — to the United States. The effect on the US economy would not be more noticeable than the effect on any other economy. The US government has approximately 700 million barrels in its Strategic Petroleum Reserve (SPR), enough to cover for 18 months of lost Saudi supply. But even without tapping the SPR, the US economy would do just fine.

Being dependent on oil for 90 percent of its export revenues, Saudi Arabia would have to sell the oil to someone else, say China. Beijing would possibly forgo some of the oil it brings in from Angola, for example, that may eventually find its way to the US market. On the whole (albeit not without some logistical adaptations) market forces would quickly adjust the supply-demand balance in such a way that all importers receive more or less the amount of crude they need. As long as the commodity is fungible no exporter can target a specific importer for more than a few weeks.

A new paradigm is needed

While achieving energy self-sufficiency remains unrealistic, this does not mean that states should sit idly by in the face of the global economy’s vulnerability to oil price spikes. High oil prices wreak havoc in the ailing global economy, and the potential for conflict over access to oil seems to be growing as Asia’s thirst for crude grows. But instead of rooting for energy self-sufficiency, the goal should be to diminish the strategic importance of oil. In the book Turning Oil into Salt: Energy Independence through Fuel Choice (2009), the argument is made that oil today has the same strategic importance that salt held for most of human history.

As the sole means of food preservation, salt once determined the course of world affairs. Wars were even fought over it. Competing means of food preservation such as canning and refrigeration stripped salt of its strategic status, turning it into “just another commodity” that no longer has geopolitical leverage. Similarly, the strategic importance of oil does not stem from the amount of it we use or import but from its virtual monopoly over transportation fuel. For the most part, automobiles sold throughout the world can run on nothing but petroleum fuels and thus energy commodities from which competitive fuels can be made are effectively barred from competing against oil. Because of this oil is not substitutable, so consumers cannot shift on the fly to competing products when oil prices become too high.

To achieve true and lasting energy security we must replace self-sufficiency with a competitive fuel market paradigm. This can only be done by opening vehicles to fuel competition. Just as the grid is agnostic as to what type of energy was used to generate the electricity it transmits, our cars and trucks as well as our fuel distribution system should be open to a diversified fuel mix. A variety of liquid fuels like ethanol, methanol and butanol can be made from natural gas, coal, biomass and municipal waste. Some, like methanol, are significantly cheaper than gasoline on an energy equivalent basis. Such fuels, in addition to gasoline, can power flexible fuel vehicles (FFV), which cost manufacturers an extra $100 or less to make compared to gasoline-only cars.

Electricity can be stored on board automotive batteries and power pure electric vehicles and plug-in hybrid electric vehicles. Natural gas can be used onboard dedicated vehicles (and of course converted into methanol for use on FFVs). Each of those competitors has pros and cons. Some involve a higher premium on the vehicle side, others require costly infrastructure, and some are not cost-competitive except when oil prices are high. However, the uncertainty over future oil prices requires that the transportation sector opens up to these options as a shield against the economic and security challenges posed by a volatile oil market. This, not elusive self-sufficiency, should be our course.

Energy Self-sufficiency: A Realistic Goal or a Pipe Dream? by Gal Luft is licensed under a Creative Commons Attribution-NonCommercial-NoDerivs 3.0 Unported License.
Based on a work at http://www.isn.ethz.ch/Digital-Library/Articles/Detail/?id=153604&lng=en.

DirectorInstitute for the Analysis of Global Security

Gal Luft is co-director of the Institute for the Analysis of Global Security (IAGS) and senior adviser to the United States Energy Security Council. He is and co-author of the books Energy Security Challenges for the 21st Century (2009), Turning Oil into Salt (2009), and Petropoly: the Collapse of America’s Energy Security Paradigm (forthcoming 2012).