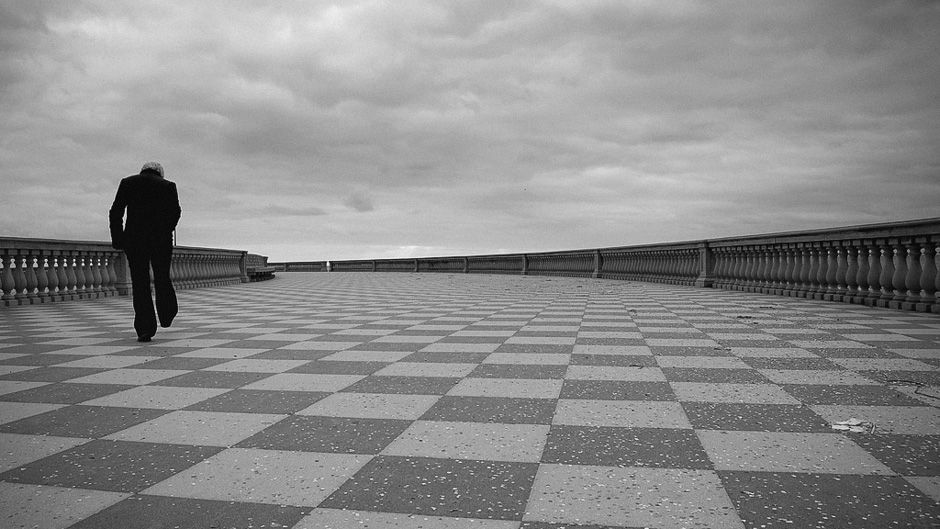 With the permission of authors Rob Dietz and Dan O’Neill, the following is excerpted from the first chapter of Enough is Enough: Building a Sustainable Economy in a World of Finite Resources published by Berrett-Koehler in the United States and Routledge in the United Kingdom.

A game of checkers offers very little insight into how to solve the world’s intertwined environmental and social problems, or so I thought. In one particular game, my opponent opened with a series of reckless moves, placing checker after checker in harm’s way. When I jumped the first one and swiped it off the board, I briefly wondered if I was being lured into a trap. But it was just a fleeting thought. After all, my opponent was only five years old.

I was playing against my daughter. She had just gotten home from her kindergarten class, and I was giving her a few strategy pointers from my limited bag of tricks. Her moves showed some modest improvement, but after a while, we both lost interest in the game. Besides, there are other fun things you can do with checkers, like seeing how high a tower you can build.

At first, we were fast and free with our stacking — we even plopped down two or three checkers at a time. But as the tower grew, we changed our approach. With the light touch and steady hands of a surgical team, we took turns adding checkers one by one to the top of the stack. By this point, our formerly straight tower had taken on a disconcerting lean. On our final attempt to increase its height, the mighty checker tower reached the inevitable tipping point and came crashing down to earth. Like a reporter interpreting the scene, my daughter remarked, “Sometimes when things get too big, they fall.”

I sat back amid the pile of checkers scattered on the floor and smiled. With a simple observation and eight words, she had managed to sum up the root cause of humanity’s most pressing environmental and social problems. Even a partial list of these problems sounds grim:

People desperately want to solve these problems, but most of us are overlooking the underlying cause: our economy has grown too large. Our economic tower is threatening to collapse under its own weight, and beyond that, it’s threatening the integrity of the checkerboard and the well-being of the players. The economy is simply too big for the broader social and ecological systems that contain it.

That’s a strong indictment against economic growth, but this indictment is backed up by scientific studies of environmental and social systems. The evidence shows that the pursuit of a bigger economy is undermining the life-support systems of the planet and failing to make us better off — a grave situation, to be sure. But what makes the situation even more serious is the lack of a viable response. The plan being transmitted from classrooms, boardrooms, and pressrooms is to keep adding more checkers to the stack.

The model of more is failing both environmentally and socially, and practically everyone is still cheering it on… it almost makes you want to climb to the top of the highest building and shout, “Enough!”

Crying out in such a way expresses intense frustration at the seemingly intractable environmental and social problems we face, but it also carries the basic solution to these problems. By stopping at enough when it comes to production and consumption in the economy, instead of constantly chasing more, we can restore environmental health and achieve widespread well-being. That’s an incredibly hopeful message, but it opens up all sorts of questions. What would this economy look like? What new institutions would we need? How would we secure jobs? This book attempts to answer these and related questions by providing a blueprint for an economy of enough, with detailed policies and strategies for making the transition away from more.

You probably have some of the same concerns as we do about the environment and the economy. We’re not pessimists, but with all the disturbing facts that confront us, it’s hard to avoid feeling worried about the future we face. Yet there is still hope in the midst of such worries. Once we put aside our obsession with growth, we can focus on the task of building a better economy. At the Steady State Economy Conference, Tim Jackson (the author of a brilliant book entitled Prosperity without Growth) provided a much-needed rallying call. He said:

Here is a point in time where our institutions are wrong. Our economics is not fit for purpose. The outcomes of this economic system are perverse. But this is not an anthem of despair. It’s not a place where we should give up hope. It’s not an impossibility theorem. The impossibility lives in believing we have a set of principles that works for us. Once we let go of that assumption anything is possible.

This book tries to provide a new set of principles that can work for us. We don’t want to mislead you into thinking we have a precise set of directions for fixing everything that’s wrong with the world — after all, the economy and the ecological systems that contain it are highly complex. We do, however, have an economic plan that can help move humanity toward a better future where sustainable and equitable human well-being is the goal, not economic growth. Successful implementation of this plan rests on three requirements:

1 — Widespread recognition that our planet is finite. Humanity (along with all the other species here) draws life and comfort from a limited pool of resources. Recognition of this fact requires us to change the way we regard our relationship with nature, especially within our economic institutions.

2 — Practical policies for achieving a steady-state economy. A set of well-conceived steady-state policies can replace and outperform the obsolete growth-oriented policies in use today. But people need a strong sense of these new policies before they’ll be willing to embrace them.

3 — The will to act. The economic changes that are required won’t materialize on their own. We must dismantle the prevailing institutions and policies that have produced a destructive and unfair economy. At the same time, we must initiate and nurture the required changes.

This book is organized around these three requirements. If you’re already on board with the first one, you may recognize some familiar ideas in the next two chapters. Even so, it’s worth spending some time considering the problem of “too much” before jumping to the solution of “enough.” But the purpose of this book (in fact, the feature that sets it apart from others) is to describe how to establish a prosperous yet nongrowing economy. This is not a book that focuses on problems while relegating solutions to the last few pages.

That said, Part I, Questions of Enough, is more about why than how. It’s where we summarize some of the scientific evidence that condemns the pursuit of continuous economic growth. Part I also considers what constitutes desirable levels of population and consumption, and then makes the turn toward how by describing the defining features of a steady-state economy.

Part II, Strategies of Enough, provides solutions — an escape route from the perpetual growth trap described in Part I. It’s the part of the book that explains how, in a steady-state economy, we can:

Taken together, the policies described in Part II form an agenda for transforming the economic goal from more to enough. But these policies will sit on the shelf unless we can gain extensive support for, and concerted action toward, achieving an economy of enough.

Part III, Advancing the Economy of Enough, provides the call for action. This part of the book contains ideas for moving past the culture of consumerism, starting a public dialogue about the downsides of growth and the upsides of a steady-state economy, and expanding cooperation among nations. All this discussion leads up to the presentation of an economic blueprint that summarizes the components and steps needed to build a steady-state economy.

This blueprint offers hope at a time when we need it most. It provides a viable way of responding to the profound environmental and social problems of our era. The ever-present drone of what we can’t do has become both tiresome and unproductive. The time has come to figure out what we can do. We can build a better economy.

We can meet our needs and care for the planet at the same time. We can live balanced lives, including time for the occasional game of checkers. This is our checkerboard, after all, and we don’t have to play by the old rules anymore. Let’s get to it. Enough is enough.

Dan O’Neill is a lecturer in ecological economics at the University of Leeds, and the chief economist for the Center for the Advancement of the Steady State Economy. His research focuses on the changes that would be needed to achieve a successful non-growing economy, and alternative ways of measuring progress besides GDP. Dan has worked in both the public and private sectors in areas such as regional planning and energy management. He holds a doctorate in ecological economics from the University of Leeds, and a master of environmental studies degree from Dalhousie University.

Executive DirectorCenter for the Advancement of the Steady State Economy

Rob Dietz is a writer, researcher and activist who is trying to help build a better economy — one that works for people and the planet. He is the editor of the Daly News, a popular online publication named in honor of Herman Daly, a leading light of ecological economics. Rob was also the first executive director of the Center for the Advancement of the Steady State Economy, taking it from an unfunded start-up organization to an internationally respected leader on new economic thinking. He regularly writes articles and delivers public presentations that draw from his education and experience in both economics and environmental science. Rob is married, has one daughter and lives in Corvallis, Oregon.