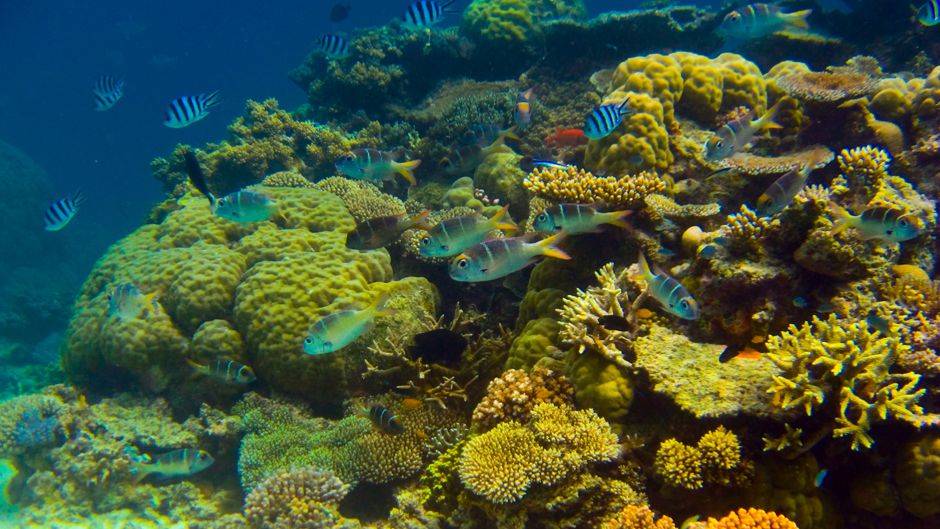 They say the first way to treat a problem is to admit the problem exists. In that respect, the Australian government may be coming to terms with what it will take to turn around the worrying state of the Great Barrier Reef.

An outlook report by the Great Barrier Reef Marine Park Authority (GBRMPA), the government agency tasked with overseeing the reef’s health, declines to mince its words.

The reef is an “icon under pressure” that has suffered a dip in health since the last major analysis of its condition in 2009.

“The overall outlook for the Great Barrier Reef is poor, has worsened since 2009 and is expected to further deteriorate in the future,” the assessment warns. “Greater reductions of all threats at all levels, reef-wide, regional and local, are required to prevent the projected declines in the Great Barrier Reef and to improve its capacity to recover.”

Greg Hunt, the federal environment minister, has previously been at pains to inform the world, via the UN, which has threatened to list the reef as “in danger” next year, that the reef is still in good shape and that his Reef 2050 plan should be enough to return it to its halcyon days.

Just two weeks ago, Hunt appeared on Andrew Bolt’s show to assure viewers that approving Australia’s largest coalmine was no issue for the reef, despite the GBRMPA citing climate change as “the most serious threat to the reef.” Asked about the implications of rising temperatures (by Bolt, of all people) Hunt could only offer up the fact that the mine would provide more Indian people with electricity.

Hunt also pointed out that the Adani mine was “500 km inland, not on the coast as the GetUps and the extreme left of the Australian political scheme would have people believe”.

Such a belief would indeed be strange, although it would also be odd to ignore the fact the mined coal will be transported via a port adjacent to the reef, requiring five million tonnes of dredged spoil to be dumped within its marine park.

This week, however, Hunt has been admirably candid about the reef’s condition, and the threats that face it.
“The basic position I think is this; that what you see when you read the reports today is a mixture of pressure and progress, and the pressure is real. I don’t think we should understate that,” he told the ABC. He added that in the southern portion of the reef there were “some real negatives to be honest”.

Here are five findings in the GBRMPA assessment that will have been sober reading for Hunt, and others concerned about the reef’s future.

Sea temperature is on the rise

Climate change, which is causing the oceans to warm, is cited as the leading threat to the reef, followed by pollution running off the land into the sea, coastal development and direct impacts such as fishing.

The GBRMPA has dropped a prediction, used in its draft report, that the reef will not remain a “coral based system” with more than 1.5°C of global warming. However, the trend remains a worrying one, given the report’s clear demonstration of rising sea surface temperatures in the Coral Sea since 1900. 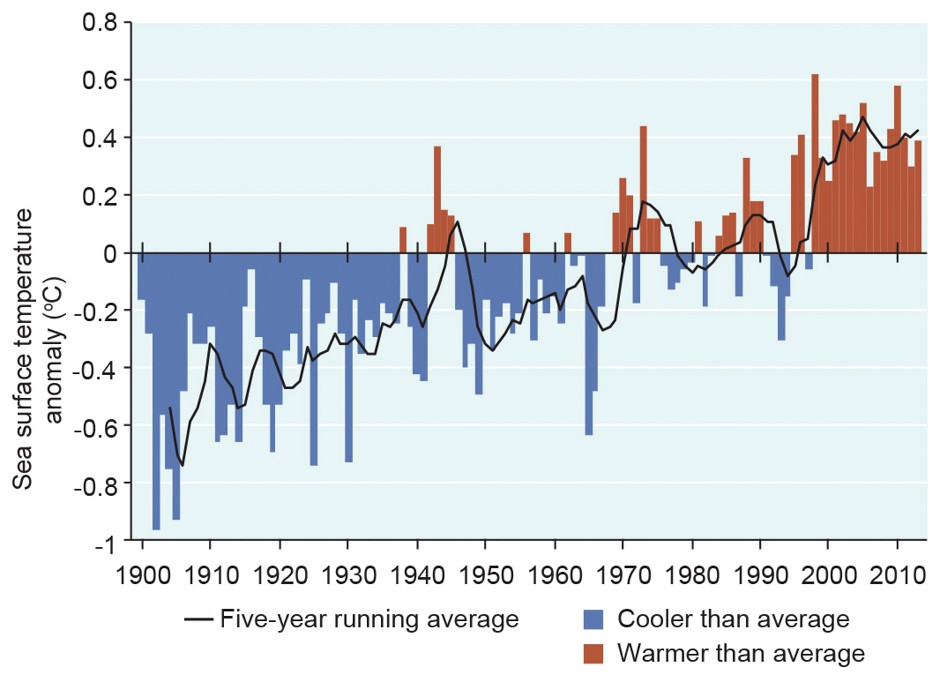 Sea surface temperature anomalies for the Coral Sea, 1900–2013: This graph uses the 1961 to 1990 average as a baseline for depicting change. The hottest five-year running averages have all been in the last 15 years, with temperatures above the baseline in all those years. Source: Bureau of Meteorology

“Climate change remains the most serious threat to the Great Barrier Reef,” the report states “It is already affecting the reef and is likely to have far-reaching consequences in the decades to come. Sea temperatures are on the rise and this trend is expected to continue, leading to an increased risk of mass coral bleaching; gradual ocean acidification will increasingly restrict coral growth and survival; and there are likely to be more intense weather events.”

A plague of coral-eating starfish has munched its way through the reef, with the government funding attempts to eradicate it. But while coral cover, the cornerstone of the reef, has alarmingly halved in the past 30 years, the decline in seagrass is also of concern.

Seagrass meadows are the main food source for dugongs and sea turtles, and they also provide crucial habitat for several fish species. Extreme weather and poor water quality have led to a decline in seagrass abundance since 2007, although there are signs of a slight recovery. 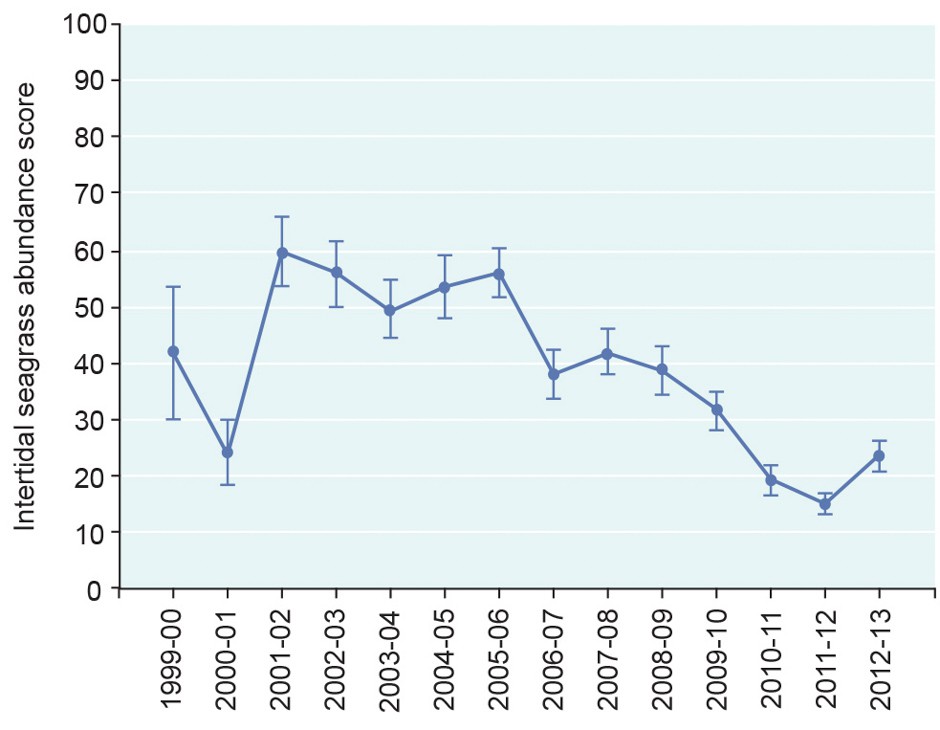 Numbers of humpback whales, estuarine crocodiles, loggerhead and green turtles are recovering. However, the report states: “The condition of a number of species has deteriorated since the 2009 assessment, with some important species such as sharks and rays, corals, some marine turtles and dugongs now assessed as being in poor condition. Two species of inshore dolphins are considered at high risk and in decline.”

The report acknowledges that we now know a lot more about the impact of human activity on the reef, with measures targeted at reducing their effects, such as pollution.

But there is still clear room for improvement. The report estimates that 12,114kg of herbicide flooded onto the reef in 2013, as a result of agricultural use on land. These nutrients, in turn, fuel outbreaks of the coral-eating starfish.

“Declining marine water quality, influenced by land-based runoff, is one of the most significant threats to the long-term health and resilience of the Great Barrier Reef,” the report warns.

Shipping through the reef’s coral corridors is “well regulated and well managed” according to the report. Still, it estimates the number of vessel calls to ports in the region will increase by around 250 percent over the next 20 years. While ship groundings are uncommon, the reef takes “decades” to recover from them. 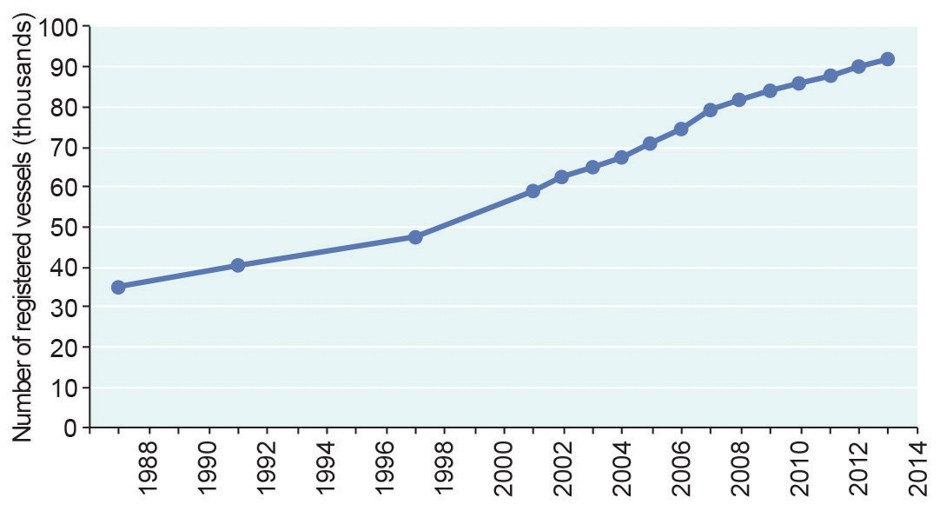 A key battleground for environmental groups is the issue of dredging near the reef. The expanded Abbot Point port, near the town of Bowen, will require five million tonnes of seabed to be dug up and dumped within the reef’s marine park.

A recent study indicates that dumped dredged material can double the rate of disease in coral. But there has been relatively little other work done to assess the impact of dredging on the reef.

Hunt points out that plans to dump sediment have been downgraded, but the long-term trend is clear – 28 million cubic metres dumped into the World Heritage Area since 2001. 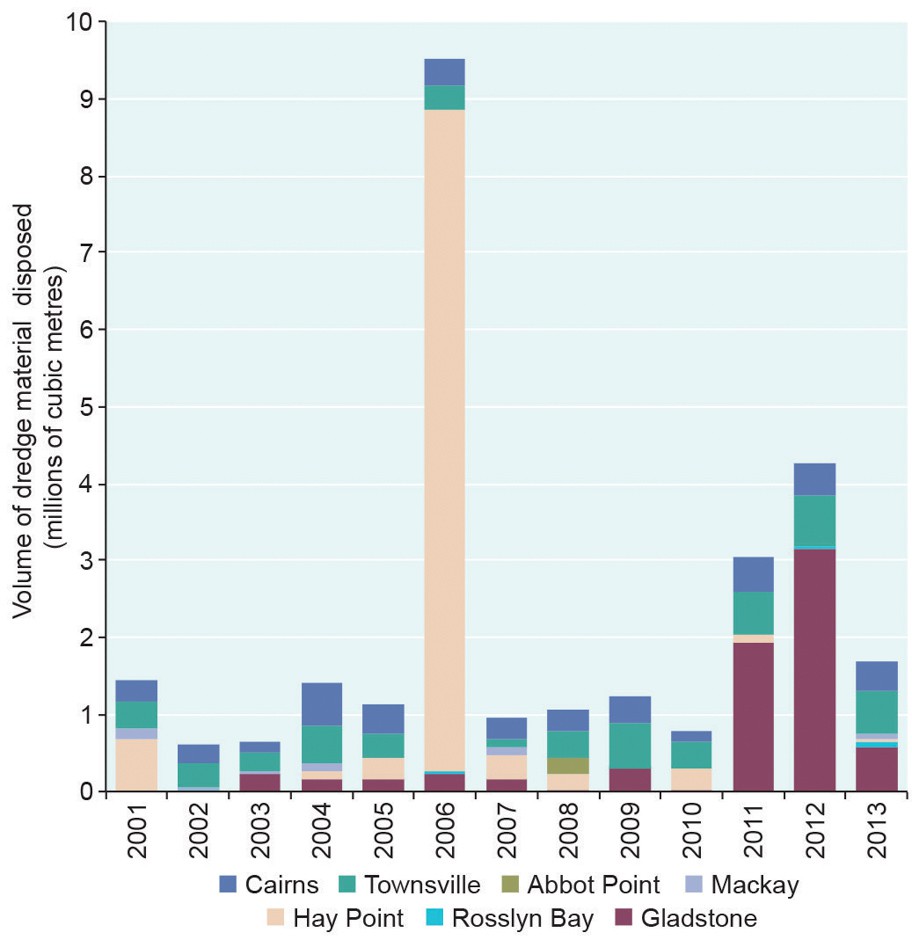 Not much is getting better

The summary report card at the end of the GBRMPA’s assessment is downbeat. About a dozen key threats to the reef are identified and ranked, with current measures for the three worst (climate change, coastal development and pollution) rated as “poor” or “very poor” in their outcomes. 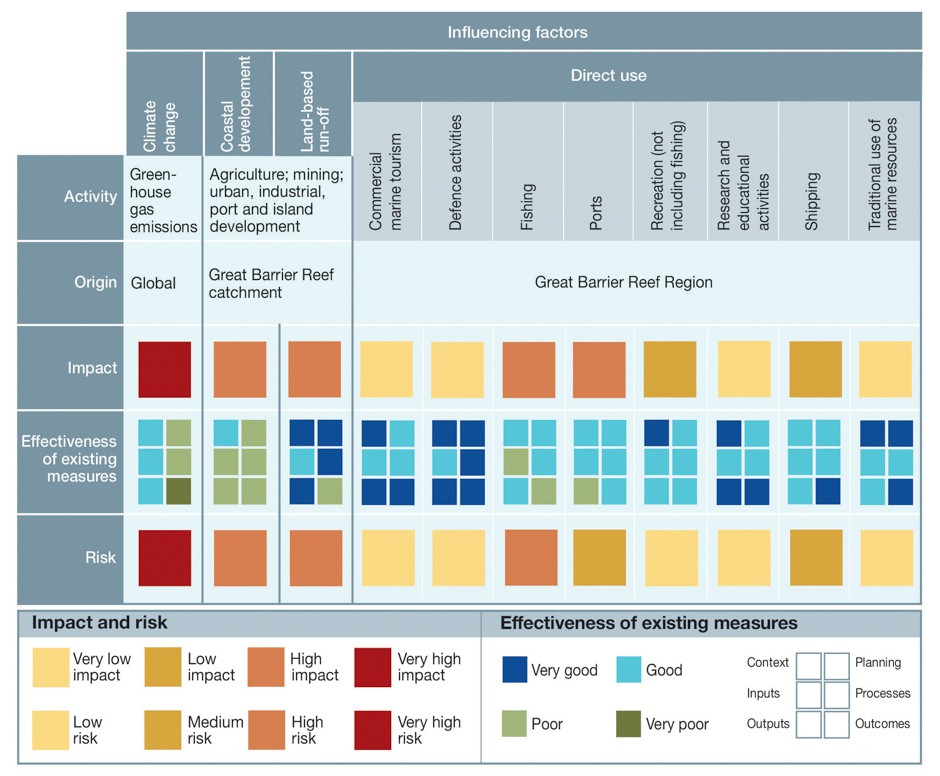 The report reads: “Given the only partial effectiveness of existing protection and management in addressing the most significant pressures on the ecosystem (principally arising from outside the region), the loss of resilience is expected to continue.”

While there are improvements in areas such as reducing run-off onto the reef and sensitively-handled tourism, it’s clear the reef is in need of some serious care.

The government has said its reef strategy will improve matters, while critics will contend that little progress will be made with the approval of carbon-spewing coal projects and the dumping of sediment into the marine park.

UNESCO, which has already highlighted concerns with the government’s approach, will make its call in June next year.