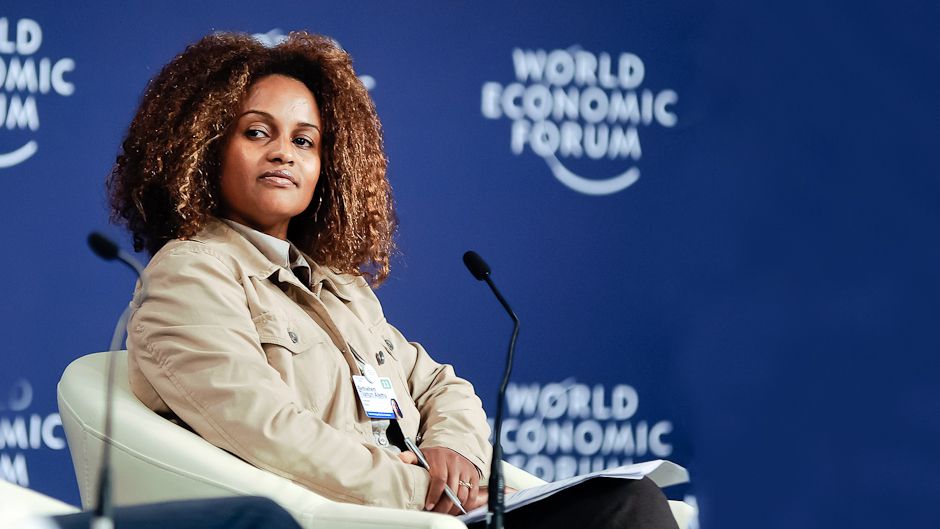 An innovative footwear manufacturer that pays fair wages and uses locally sourced materials is helping to transform the economic landscape in Ethiopia. SoleRebels, which was founded by Bethlehem Tilahun Alemu in 2004, has become Africa’s largest footwear brand, with its range of artisan-made shoes now selling in 55 countries. In 2011, the company ramped up US$2 million in sales and it is expecting to generate over US$15-20 million in revenue by 2015.

Alemu has become one of Africa’s most celebrated businesswomen. She was featured on the front cover of Forbes magazine in January 2012, and was selected as a “Young Global Leader” by the World Economic Forum 2011. In June 2012, she won the award for “Most Outstanding Businesswoman” at the annual African Business Awards, organized by African Business magazine.

Her success with soleRebels is regularly cited as a sign that Ethiopia is ready to transition from being reliant on foreign aid to being able to direct its economic future by exploiting home grown skills, resources and business opportunities. The company is also held up as inspiration for Ethiopia’s newly-emerging private sector, particularly as an example of an export oriented success story.

[quote quote=”We decided to create the ‘better life’ we were all waiting for by harnessing our community’s incredible artisan skills and channeling them into a sustainable, global, fair trade, footwear business.” type=”text” ]

Alemu explained how she set up the company in a small village on the outskirts of Addis Ababa: “Having grown up watching our family and neighbours struggling, we decided to create the ‘better life’ we were all waiting for by harnessing our community’s incredible artisan skills and channeling them into a sustainable, global, fair trade, footwear business.”

She continued, “We selected shoes because we saw that footwear was an excellent platform to begin to share many of Ethiopia’s indigenous eco-sensible craft heritages and artisan talents with the world. Our approach to footwear creation — hand-crafted and eco-sensible — meant we could source and make almost all our materials locally, thereby creating an export product from 100 percent local inputs.”

The soleRebels footwear range includes sandals, flip flops and shoes with soles made from recycled car tires. Alemu explained that the recycled car tire-soled shoe has existed in Ethiopia for a long time.

“It was the footwear from back in the day when the original ‘soleRebels’ fought off the invading forces and kept Ethiopia as the only African nation to never be colonized! We took this wonderful, indigenous, age-old recycling tradition and fused it with fantastic Ethiopian artisan crafts and excellent modern design sensibilities, and turned it into footwear that has universal flavour and appeal.”

[quote quote=”The company’s styles use as much recycled and sustainable materials as possible, like hand-loomed organic fabrics and natural fibres. However, the founder shuns the term ‘green business’ which she regards as something of a fad.” type=”text” ]

She is proud of the production process, stating that all the company’s styles incorporate as much recycled and sustainable materials as possible, with ingredients like handspun and hand-loomed organic cotton fabrics, and natural fibres, including Abyssinian hemp and koba. However, she shuns the term, ‘green business’, stating that she regards it as something of a fad.

“We are embracing these deeply sustainable and traditionally zero-carbon methods of production and materials because they are integral parts of Ethiopia’s cultural fabric, a tradition which we grew up within and feel passionate about preserving.”

SoleRebels is also setting a high standard for workers’ rights, providing 100 percent medical coverage for employees and their families and free doctor-run medical checks, as well as providing transport to and from the worksite for workers with disabilities. Alemu insists that workers are treated with respect, noting that on average the company’s 90 employees get paid four times the legal minimum wage and three times the industry average wage for similar work.

Unlike most companies in the apparel and footwear sector, soleRebels does not use a quota system. Alemu explained, “The quota system of work, endemic in the fashion business always struck us as truly demeaning. It is a system that shows no confidence that workers can be incentivized to achieve targets and it creates a hostile working environment. SoleRebels pays all workers based on negotiated wages that are subject to mutually agreed, company-wide goals. This means that we are all in it together in terms of making sure that deadlines are met and that top-notch product quality is always achieved.”

In order to meet growing demand, the company is constructing a new production facility and when it is finished Alemu expects the workforce to grow in number to around 300 employees. “Built with indigenous, eco-sensible materials and employing 100 percent renewable and self-generating power, this first of its kind production facility will serve as a leading innovation centre, allowing us to develop the cultural wealth of the country, while simultaneously expanding and enhancing our own production capabilities.”

Alemu believes that her company can be emulated by others and help foster inclusive, sustainable development in Ethiopia. She said, “soleRebels is living proof that creating innovative world class products and trading them with the world is the best road to greater shared prosperity for developing nations like ours.”

She also sees lessons for the rest of Africa.

“Today, Africa accounts for a mere two percent of global trade. If sub-Saharan Africa were to increase that share by only one percent, it would generate additional export revenues each year greater than the total amount of annual assistance that Africa currently receives. We simply need the opportunity to increase our market share, something every good, strong, global business seeks to do.”

This article appears courtesy of Making It: Industry for Development, a quarterly magazine aiming to stimulate debate about global industrial development issues. It is published by the United Nations Industrial Development Organization (UNIDO).

Charles Arthur is editor of Making It Magazine.