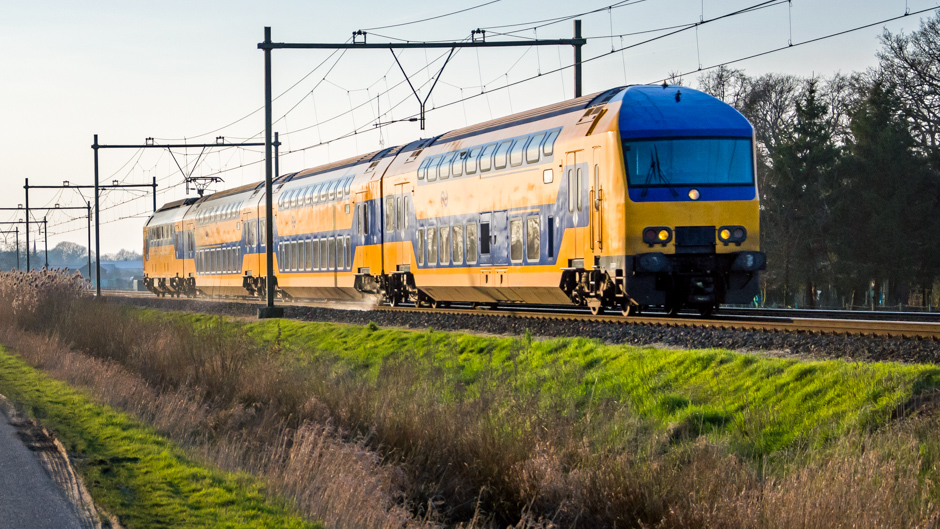 Renewable energy is helping to power increasing numbers of the world’s road vehicles. Now several European countries are exploring the potential for using renewables to fuel their trains.

In the Netherlands, every electric train running on the Dutch railway network has relied entirely on wind energy since 1 January 2017. The network, NS Dutch Railways, is using an energy company’s turbines to generate the energy needed to power its entire electric fleet.

NS uses 1.2 billion kWh of wind-generated electricity a year, roughly equivalent to the total annual domestic consumption of every household in the Dutch city of Amsterdam. The wind-powered trains carry 600,000 passengers a day.

NS says three strokes of one of the turbines that supply it generate enough power to drive a train for 1 kilometer. Put another way, a single turbine running for an hour can power a train for 120 miles. Since 2005, NS says, its consumption of electricity per passenger kilometre has been cut by about 30%, and it hopes to reduce it by a further 35% by 2020.

The contract that NS signed with the company supplying its wind energy, Eneco, forbids the sourcing of electricity from the existing energy market, so only new-build wind farms can be used. The energy NS is using comes from wind farms in Belgium and Scandinavia as well in the Netherlands, and also from some offshore sites.

Critics of wind power say it is an unreliable source because it blows intermittently and so cannot guarantee round-the-clock availability. But Eneco is confident it has enough wind farms to ensure the power supply to NS will be able to keep the trains running.

In the UK, a university and a climate change charity have joined forces to exploit renewables for railways in a novel and entirely renewable way — straight to the tracks on which the trains run.

A single turbine running for an hour can power a train for 120 miles.

Imperial College London is working with the 10:10 group in the Renewable Traction Power project, in which university researchers will look at connecting solar panels directly to the lines that provide power to trains. This would bypass the electricity grid in order to manage power demand from the trains more efficiently.

A rail tunnel in Belgium has already been fitted with solar panels that provide electric current to passing trains. But the university says the UK researchers will be the first in the world to test the “completely unique” idea of trackside generation, which would have a “wide impact with commercial applications on electrified rail networks all over the world”.

“It would also open up thousands of new sites to small- and medium-scale renewable developments by removing the need to connect to the grid,” Imperial says.

In many rural areas of Britain, the electricity grid has reached its limit for both integrating distributed energy generation and supplying power to train firms.

“What is particularly galling is that peak generation from solar and peak demand from the trains more or less match, but we can’t connect the two,” says 10:10’s Leo Murray, who is leading the project. “I actually believe this represents a real opportunity for some innovative thinking.”

Initially, the project will look at the feasibility of converting third-rail systems, which, instead of using overhead wiring, supply electricity to the trains through an electrified rail just above the ground and are used on approximately one-third of the UK’s tracks.

The new approach could exploit reserves of energy that currently go to waste. “Many railway lines run through areas with great potential for solar power but where existing electricity networks are hard to access,” says Professor Tim Green, director of Energy Futures Lab at Imperial.