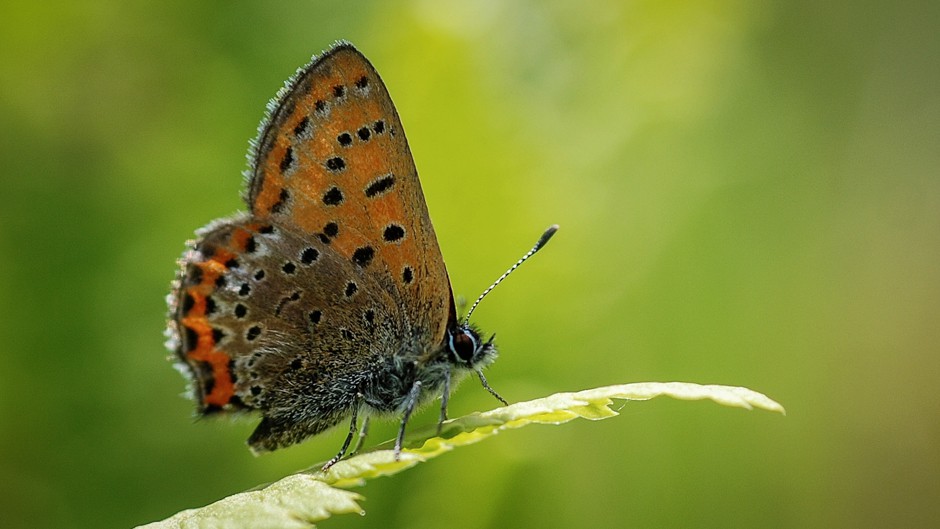 Hundreds of butterflies, beetles and dragonflies are at risk of extinction across Europe with almost one-third of 435 butterfly species in decline, scientists have warned.

The loss of habitat caused by intensive farming, climate change, forest fires and the expansion of tourism is threatening with extinction 14% of dragonflies, 11% of saproxylic beetles  and 9 percent of butterflies  within Europe, according to the European red list report for the European commission.

“When talking about threatened species, people tend to think of larger, more charismatic creatures such as pandas or tigers, but we mustn’t forget that the small species on our planet are just as important,” said Jane Smart of the International Union for Conservation of Nature (IUCN), the conservation group which produced the report.

“Butterflies, for instance, play a hugely pivotal role as pollinators in the ecosystems in which they live.”

Many of the endangered insect species live in southern Europe where increasingly hot, dry summers combined with irrigation and water extraction is causing wetland habitats to dry up.

The Madeiran large white butterfly is listed as critically endangered on the red list, which reviews the status of 6,000 European species including mammals, reptiles and plants. But the butterfly may already be extinct because it has not been seen on the island of Madeira for 20 years.

The Macedonian grayling butterfly is critically endangered because quarrying is reducing its habitat while other endangered species include the Danube clouded yellow, the violet copper and the Canary Islands large white. Only 4% of Europe’s butterfly species, which include 142 unique to the continent, are increasing in number.

Martin Warren, co-author of the butterfly section of the report and chief executive of UK charity, Butterfly Conservation, said the insects were being hit by the loss of grassland habitats due to both intensification of agriculture and recent abandonment of traditional farming land in Europe. 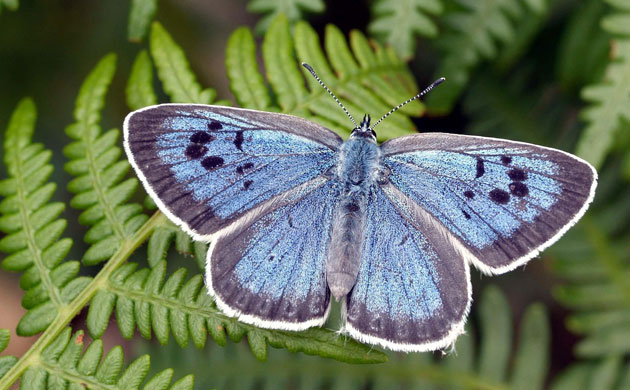 “In the 1950s and 60s we had massive losses of habitat in the UK, and it is still going on to a lesser extent, but in Europe big changes have been going on in the last five to 10 years,” said Warren. “We lost a lot of our flower-rich meadows in the 50s and 60s, while they are losing theirs at a rate of knots now.”

The large blue butterfly, a rare conservation success after it was reintroduced in Devon and Somerset after it became extinct in the UK in 1979, is endangered throughout Europe, declining in every country where it occurs apart from the UK.

Other struggling species, such as the Duke of Burgundy and the Lulworth skipper, which both suffered their worst ever year in the UK last summer, are in decline in many countries across the continent.

Intensification of agriculture is destroying habitat in some areas, while flower and insect-rich pastures in many mountain regions in the Alps and Pyrenees are being abandoned and falling into a poor condition because livestock farming is not financially viable.

Warren called for more support for traditional farming systems to help insects such as butterflies, which he said were very good indicators of changes to the environment. 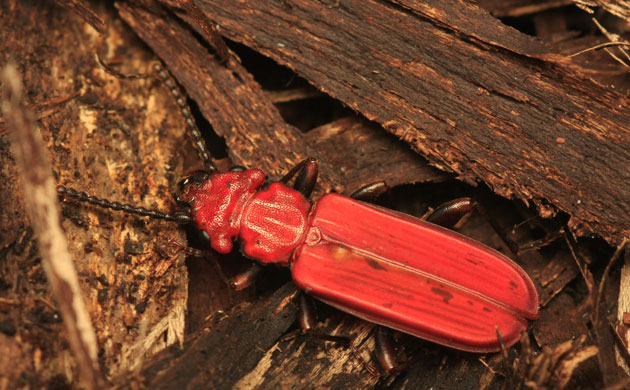 The flat bark beetle (Cucujus cinnaberinus), which lives under the bark of dead and live trees in central and Eastern Europe, is listed as vulnerable by the IUCN. Photograph: Nicolas Gouix and Hervé Brustel/IUCN

Saproxylic beetles, which depend on decaying wood in forests and play a crucial role in recycling nutrients, were assessed for the first time on the red list.

Logging, changing woodland management practices and a declining number of mature trees are threatening species such as the violet click beetle. Almost 11%, 46 of 431 species studied, are at risk of being lost to Europe and 7% are threatened with global extinction. A further 13% are listed as “near threatened” in Europe.

Almost a quarter of 137 dragonfly species assessed, including 18 species not found anywhere else in the world, were found to be at risk of extinction or “near threatened”. Last year, a new dragonfly centre opened in the UK in a bid to reverse a trend of decline that has seen one-third of British species facing extinction.

Patrick Barkham is a features writer for the Guardian.