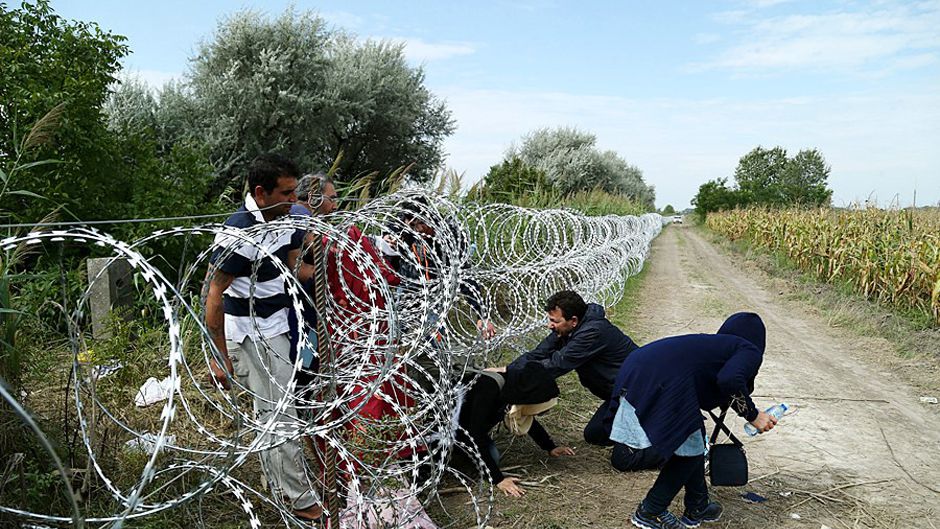 Ever since the Schengen visa regime was introduced in southern Europe in 1991, which interrupted relatively free trans-Mediterranean movement, migrants and border patrollers have been involved in a constant cat-and-mouse game leading to a constant shifting and geographical diversification of maritime and overland crossing points. Instead of stopping border crossings, it created new markets for smugglers who help migrants to cross borders without getting caught.

To correct a widespread misunderstanding, smuggling is a reaction to border controls, not the cause of migration. Ironically, policies to ‘combat’ (to refer to a common but inappropriate belligerent term used in this context) smuggling only increased the dependence of migrants and refugees on smugglers, thus making matters worse.

The current crisis in the Balkan region clearly shows that intensifying border controls at one crossing point (such as between Libya and Italy, or through building a fence along the Hungarian-Serbian border) only leads to a geographical reorientation of crossing points. It is therefore outrageous that politicians still get away with making us believe that border controls can ‘solve’ refugee crises. The irony is that such policies increase the reliance of refugees and migrants on smugglers as well as the likelihood that people go underground. So, such ‘tough’ policies make migration less controllable and manageable, while they pretend to do the opposite.

This is why migration hardliners deceive the public. Unless the European Union turns into a closed police state by literally erecting a new Iron Curtain circumventing the entire Mediterranean coastline and Eastern land borders, ignoring all refugee and human rights conventions, and systematically deporting all people arriving at the borders — which is very unlikely — it is an illusion that refugees can be stopped from arriving.

Based on the UN Refugee Convention, most European states have clear rules and procedures to determine who has the right to asylum. The systems are in place, they just need to be implemented based on a European sharing of responsibilities.

Does that mean that ‘borders are beyond’ control or that we should abolish immigration rules? Not at all. There are good reasons for states to regulate mobility by determining who has the right to stay and who not, including the right to asylum. Most European other states have developed quite sophisticated and often rather effective rules and institutions which regulate the entry of workers, family members, students, and asylum seekers. Based on the UN Refugee Convention, most European states have set up clear rules and procedures to determine who has the right to asylum and who not, including provisions for the latter to return. The systems are in place, they just need to be implemented based on a European sharing of responsibilities, which might imply adjusting the so-called Dublin Regulations.

The current crisis is therefore not one of real numbers but one of an impotence or, rather, and outright refusal of European governments to get their act together in finding a collective reaction to the increase in the numbers of Syrian and other refugees making their way to Europe. In many ways, European national politicians such as Hungary’s PM Orban fall on their own sword of fear-mongering around the current refugee situation. While fence building only worsens the problems they pretend to solve, the accompanying rhetoric about massive (Islamic) invasions paralyse any sensible response and debate. Such fear-mongering may serve to rally electoral support and to deflect attention away from more important domestic political issues, but is totally irresponsible in terms of providing effective ways to deal with the current situation.

It is worth mentioning here that the numbers of asylum seekers coming to Europe in 2015 are large, but by no means uncontrollable. Refugee hardliners commonly argue that we should seek ‘regional solutions’ for refugee problems. This may sound sensible but also this argument is deceptive as it totally ignores the fact that the large majority of refugees worldwide already find refuge in their own region. Developing countries host over 86% of the world’s refugees, compared to 70% ten years ago. This is not only because many refugees lack the resources to travel far, but also because many refugees simply prefer to stay close to home

This also applies to Syria. As the above map shows, the overwhelming majority of Syrian refugees have stayed either in Syria, or in neighbouring countries, particularly Syria, Lebanon and Turkey. Of the about 3 million people who have fled the devastating violence in Syria, only about 5 percent (about 150,000) are currently registered in Europe.

What makes the ‘regional solutions’ argument not only deceptive but also really hypocritical is the extremely lukewarm support of many governments for providing support to refugees residing in the region. There is an acute shortage of international funds to help refugees in the region, which is hampering humanitarian assistance efforts to meet the needs of Syrian refugees as well as in communities hosting hem in neighbouring countries. Against the about US$4.5 billion needed for such programmes, only one third has been received. This funding shortfall has led to a reduction in food assistance, school attendance and health services. The deteriorating situation in neighbouring countries is one of the direct causes of the rapidly increasing numbers of Syrians moving to Europe.

Lebanon alone hosts more than 1.1 million Syrian refugees, or 19% of its population. Thus, the idea that the EU — with over half a billion inhabitants and the wealthiest economic block in the world — lacks the resources to host several hundreds of thousands of asylum seekers is simply outrageous.

With regards to numbers, the more than 300,000 Syrians and other nationals who have so far crossed into Europe irregularly over 2015, is certainly a big increase compared to earlier years. This increase has been clearly driven by conflict in Syria and origin countries and the increasingly dismal situation for refugees in neighbouring countries. However, to suggest that Europe cannot deal with such numbers is nonsensical. For instance, Lebanon (with 5.8 million inhabitants) alone hosts more than 1.1 million Syrian refugees, or 19% of its population. In this light, the idea that the European Union, which counts over half a billion inhabitants, and is the wealthiest economic block in the world, would lack the resources to host several hundreds of thousands of asylum seekers is simply outrageous. In this context, it is worth reminding that 300,000 asylum seekers is equal to less then 0.06% of the entire EU population, and that legal immigration to the EU alone is about 2.5 million on a yearly basis.

As long as conflict in Syria and other countries persists, it is likely that a relatively small, but sizeable number of refugees will find their way to Europe. To think it away, or to create illusions that ‘regional solutions’ will solve this problem, will only make matters worse. Of course Europe can deal with this. Any representation of the current refugee flows as ‘massive’ is therefore misleading. The current crisis is not one of numbers, but a political crisis, a crisis of the failure of Europe to find a joint response to this issue.

In their short-sighted attempts to please their constituencies, national politicians create illusions that intensifying border controls on national level can solve this problem, while it only diverts migration routes to other countries, expands the market for smugglers and increases the death toll. In this way, ‘hardliner’ countries such as Hungary and the United Kingdom shift the burden of refugee reception to more welcoming countries such as Germany and Sweden, who bear a disproportional burden.

The only sensible response to the current situation is a collective one, in which European countries share their responsibility for refugee reception and asylum processing by developing some quota system, largely along the lines proposed by the Angela Merkel and the European Commission.

There are no quick and simple fixes, but the least European politicians can do is to stop deceiving the public by going tough on migration, which only fans the flames of xenophobia and doesn’t provide any practical way to stop people suffering and dying at Europe’s borders.

The real crisis is therefore political one, not one of hordes of refugees invading Europe, which is a product of conscious political fear-mongering and uncritical, sensationalist journalism. As long as politicians get away with making us believe that ‘closing borders’ will solve this problem, the problems will only get worse. The real crisis is a crisis the unwillingness of European countries to get their act together and formulate a collective response by agreeing on effective responsibility sharing. Both morally and practically, this is only way to address this crisis. A second element of a more effective response is to dramatically increase support to help refugees in neighbouring countries, so that they are not forced to move on if they prefer to stay close to home.

Unfortunately, so far no agreement has been reached because such proposals have been sabotaged by national politicians eager to show off their ‘toughness’ on migration and failing to take their responsibility. Sensible responsibility sharing on the European level and genuine support for Syrian refugees in neighbouring countries are the only way forward. There are no quick and simple fixes to this problem, but the least European politicians can do is to stop deceiving the public by going tough on migration, which only fans the flames of xenophobia and does not provide any practical way to stop people suffering and dying at Europe’s borders.

Europe’s Disgrace by Hein de Haas is licensed under a Creative Commons Attribution-NonCommercial-ShareAlike 4.0 International License.
Permissions beyond the scope of this license may be available at Hein de Haas’s blog.