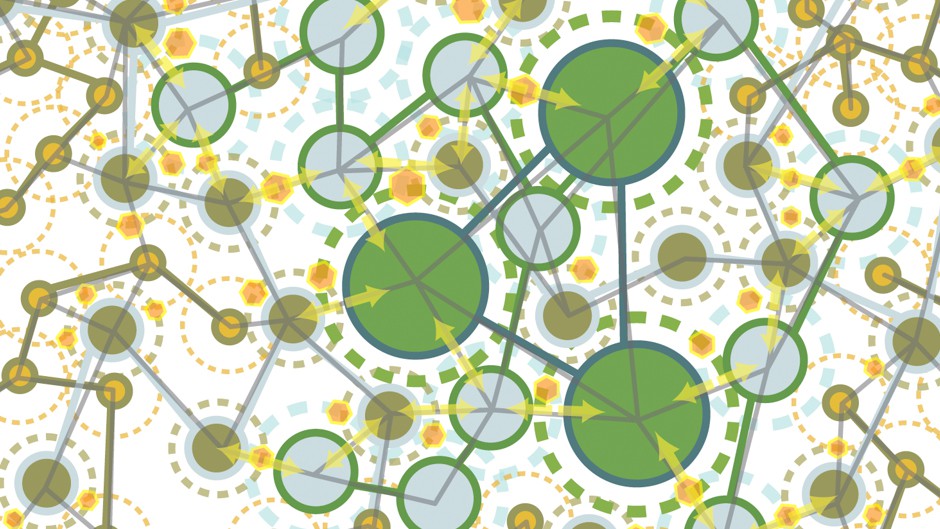 It would connect turbines off the wind-lashed north coast of Scotland with Germany’s vast arrays of solar panels, and join the power of waves crashing on to the Belgian and Danish coasts with the hydro-electric dams nestled in Norway’s fjords.

Europe’s first electricity grid dedicated to renewable power will become a political reality this month, as nine countries formally draw up plans to link their clean energy projects around the North Sea.

The network, made up of thousands of kilometres of highly efficient undersea cables that could cost up to €30 billion (US$43 billion), would solve one of the biggest criticisms faced by renewable power — that unpredictable weather means it is unreliable.

With a renewables supergrid, electricity can be supplied across the continent from wherever the wind is blowing, the sun is shining or the waves are crashing.

[quote quote=”Just 0.3% of the light falling on the Sahara and the deserts of the Middle East would meet all Europe’s energy needs.” ]

Connected to Norway’s many hydro-electric power stations, it could act as a giant 30GW battery for Europe’s clean energy, storing electricity when demand is low and be a major step towards a continent-wide supergrid that could link into the vast potential of solar power farms in North Africa.

By autumn, the nine governments involved — Germany, France, Belgium, the Netherlands, Luxembourg, Denmark, Sweden and Ireland and the UK — hope to have a plan to begin building a high-voltage direct current network within the next decade. It will be an important step in achieving the European Union’s pledge that, by 2020, 20% of its energy will come from renewable sources.

“We recognise that the North Sea has huge resources, we are exploiting those in the UK quite intensively at the moment,” said the UK’s energy and climate change minister, Lord Hunt. “But there are projects where it might make sense to join up with other countries, so this comes at a very good time for us.”

More than 100GW of offshore wind projects are under development in Europe, around 10% of the EU’s electricity demand, and equivalent to about 100 large coal-fired plants. The surge in wind power means the continent’s grid needs to be adapted, according to Justin Wilkes of the European Wind Energy Association (EWEA). An EWEA study last year outlined where these cables might be built and this is likely to be a starting point for the discussions by the nine countries.

Renewable energy is much more decentralised and is often built in inhospitable places, far from cities. A supergrid in the North Sea would enable a secure and reliable energy supply from renewables by balancing power across the continent.

Norway’s hydro plants — equivalent to about 30 large coal-fired power stations — could use excess power to pump water uphill, ready to let it rush down again, generating electricity, when demand is high. “The benefits of an offshore supergrid are not simply to allow offshore wind farms to connect; if you have additional capacity, which you will do within these lines, it will allow power trading between countries and that improves EU competitiveness,” said Wilkes.

The European Commission has also been studying proposals for a renewable-electricity grid in the North Sea. A working group in the EC’s energy department, led by Georg Wilhelm Adamowitsch, will produce a plan by the end of 2010. He has warned that without additional transmission infrastructure, the EU will not be able to meet its ambitious targets. Hunt said the EC working group’s findings would be fed into the nine-country grid plan.

North Sea grid as a backbone

The EWEA’s 2009 study suggested the costs of connecting the proposed 100GW wind farms and building interconnectors, into which further wind and wave power farms could be plugged in future, would probably push the bill closer to €30 billion (US$ 43 billion). The technical, planning, legal and environmental issues will be discussed at the meeting of the nine this month.

“The first thing we’re aiming for is a common vision,” said Hunt. “We will hopefully sign a memorandum of understanding in the autumn with ministers setting out what we’re trying to do and how we plan to do it.”

All those involved also have an eye on the future, said Wilkes. “The North Sea grid would be the backbone of the future European electricity supergrid,” he said.

This supergrid, which has support from scientists at the commission’s Institute for Energy (IE), and political backing from both the French president, Nicolas Sarkozy, and Gordon Brown, would link huge solar farms in southern Europe – producing electricity either through photovoltaic cells, or by concentrating the sun’s heat to boil water and drive turbines – with marine, geothermal and wind projects elsewhere on the continent. Scientists at the IE have estimated it would require the capture of just 0.3% of the light falling on the Sahara and the deserts of the Middle East to meet all Europe’s energy needs.

In this grid, electricity would be transmitted along high voltage direct current cables. These are more expensive than traditional alternating-current cables, but they lose less energy over long distances.

Hunt agreed that the European supergrid was a long-term dream, but one worth making a reality. The UK, like other countries, faced “huge challenges with our renewables targets,” he said. “The 2020 target is just the beginning and then we’ve got to aim for 2050 with a decarbonised electricity supply — so we need all the renewables we can get.”

A North Sea grid could link into grids proposed for a much larger German-led plan for renewables called the Desertec Industrial Initiative (DII). This aims to provide 15% of Europe’s electricity by 2050 or earlier via power lines stretching across desert and the Mediterranean.

The plan was launched last November with partners including Munich Re, the world’s biggest reinsurer, and some of Germany’s biggest engineering and power companies, including Siemens, E.ON, ABB and Deutsche Bank. DII is a €400 billion ($520bn) plan to use concentrated solar power (CSP) in southern Europe and northern Africa.

This technology uses mirrors to concentrate the sun’s rays on a fluid container, the super-heated liquid then drives turbines to generate electricity. The technology itself is nothing new — CSP plants have been running in the United States for decades and Spain is building many — but the scale of the DII project would be its biggest deployment ever.