Evidence for Decision-making: The Science Behind Coastal Risk and Sea Level Rise 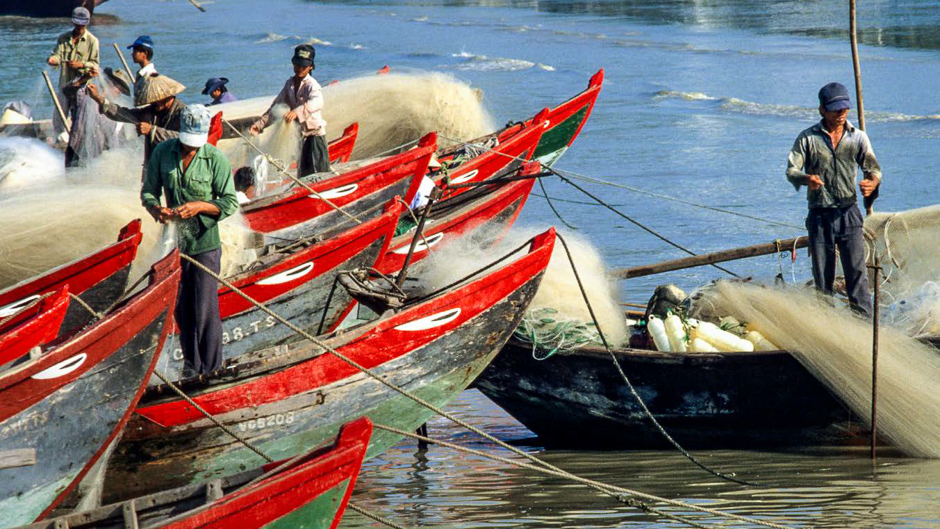 To better highlight UNU’s people, approach, and products, the UNU 2019 Annual Report includes feature articles that provide an example of UNU’s work on select topics — the following feature on climate change, and features on modern slavery, and gender and health.

Climate change poses an imminent threat to sustainable human development and the preservation of our Earth’s natural ecosystems. To mitigate the pernicious effects of climate change, our efforts — whether at the level of national policymaking or individual lifestyle choices — must be based on a sound, scientific understanding of earth systems and human-environment interactions.

The Intergovernmental Panel on Climate Change (IPCC) is a United Nations body that provides governments with regular assessments of current climate science. It is supported by leading scientists from around the world who volunteer their time and expertise, reviewing thousands of scientific papers to provide a comprehensive analysis of what is known about the drivers of climate change, its impacts, and how adaptation and mitigation can reduce future risks.

The United Nations University Institute for Environment and Human Security (UNU-EHS) has a long history of supporting the IPCC. Several of the institute’s top senior scientists have served as IPCC lead authors, including Academic Officer Dr Zita Sebesvari, who was a lead author of the 2019 IPCC “Special Report on the Ocean and Cryosphere in a Changing Climate” (SROCC).

The portentous findings of the SROCC, as well as research conducted by UNU-EHS on environmental vulnerability and adaptation options in low-lying coastal areas, demonstrate the complex interconnections between ecosystems and humans that underlie the realities of climate change and sea level rise.

Rising oceans and a vulnerable cryosphere

We all depend on the world’s oceans, which cover 71% of our planet’s surface, and the cryosphere, the frozen water that covers about 10% of Earth’s land area. The cryosphere, which provides unique habitats for plants and animals, is shrinking. Greenland and Antarctic ice sheets and glaciers are losing mass at increasing rates; mass loss from the Antarctic ice sheet over the period 2007–2016, for example, tripled relative to 1997–2006. And because the cryosphere and the oceans are so deeply interconnected, ice melting at the poles and on high mountains puts low-lying coastal communities at greater risk.

A key finding of the IPCC report is that the global mean sea level is rising, with a marked acceleration in recent decades. While there will be regional differences, it is predicted that by 2050 the mean global sea level will rise by 17 to 40 cm, which provides a robust basis for short-term adaptation planning.

“Melting ice sheets and sea level rise cannot be stopped and reverted easily. This is because sea level rise lags behind global warming, due in part to the large heat capacity of the oceans. We can influence the trajectory now by cutting down emissions. The later we start, the more likely it is that humanity will face a four-metre mean sea level rise by 2300. There will be no easy fixes.” — Dr Zita Sebesvari, Officer-in-Charge for the Director of UNU-EHS

Rising mean sea levels pose greater challenges for vulnerable areas, including those prone to land subsidence (gradual sinking of an area of land). As an example, for the megacity of Jakarta, Indonesia, which has been experiencing documented land subsidence, 20 cm of sea level rise will be a crucial strain. Coastal areas can be increasingly prone to flooding — such as Nadi Town, Fiji, which experiences periodic river and coastal flooding caused by a combination of elevated sea levels, heavy rainfall, and land subsidence of the river delta.

UNU-EHS research in Vietnam’s Mekong River Delta has shown that coastal saltwater intrusion is already changing land use and livelihoods. During the dry season, salt water now intrudes as far as 100 km inland due to the combined effect of lower river flows, changes in the riverbed, and land subsidence caused in part by increased groundwater pumping. Rising sea levels are adding to these pressures and intensifying saltwater intrusion and flooding.

As a result, water for drinking and crop irrigation becomes too saline. This increasing salinity has led to shifts in land use from rice farming to shrimp farming, which can yield a higher income. What farmers often fail to take into consideration, however, is that shrimp farming is inherently riskier than rice farming and does not provide the same level of financial stability. The consequences of a bad harvest can be catastrophic for individuals and families. There can be consequences for the community as well. The conversion of land to saltwater-based aquaculture is largely irreversible, so it is critical that land-use decisions be well considered.

In areas where salt water influences land use and available agricultural options, for example, space could be provided for ecosystems that buffer against coastal flooding and reduce erosion. UNU-EHS research has shown that mangroves and other coastal wetlands stabilise the shoreline, capture sediments, and have vertical growth rates that can keep pace with or exceed current mean sea level rise. This, however, will not be an option under continued high-carbon emission scenarios.

A tale of two futures

The SROCC concludes that at the end of the century, the world could face two very different futures. If countries stick to the Paris Agreement and their commitment to reduce carbon emissions, sea level rise can likely be limited to not more than 50 cm — a level that will be challenging in many geographies, but can be addressed by adaptation. If the current emissions scenario continues without strong mitigation action, however, the world will face rising sea levels of at least one metre by 2100, and potentially four metres by 2300. By 2100, more intense and frequent extreme sea level events, together with trends in coastal development, will increase expected annual flood damage by two to three orders of magnitude.

But even if all greenhouse gas emissions stopped tomorrow, the sea level will continue to rise for many years because of the large heat capacity of the oceans. To cope, we must implement effective mitigation and adaptation solutions now; the longer we delay, the more difficult the task will be. Even with strong mitigation efforts, we will still need to take adaptation measures at the coast. And if we do not implement measures to cut emissions, we will soon face a scenario where adaptation will not be sufficient to reduce the risk to human lives and livelihoods.

Mitigation and adaptation efforts are complex and interlinked; what is possible or practical depends not just on technological capabilities and knowledge, but also on economic, social, and governance realities. Feeding interdisciplinary findings and evidence-based options into the policy debate and increasing public awareness about the scientific facts of climate change are at the heart of UNU’s work.

In addition to sharing the findings of the IPCC report and the impacts of sea level rise, UNU researchers take a holistic approach to the question of how we can best deal with the impacts of climate change while addressing the needs of the most vulnerable. Recent UNU projects have dealt with, inter alia, the impact of saltwater intrusion on soils and water resources; agricultural adaptation; climate-sensitive adaptation strategies to reduce flood risk; the vulnerabilities and risks of coastal urban and peri-urban areas; and the social and human rights aspects of climate-induced migration.

Research is vital if we hope to untangle the complex, evolving realities of climate change and sea level rise from persistent myths and prevailing prejudices. And evidence-based policies derived from that research are an essential foundation for implementing feasible adaptation and mitigation measures.

The UNU Institute for Environment and Human Security.