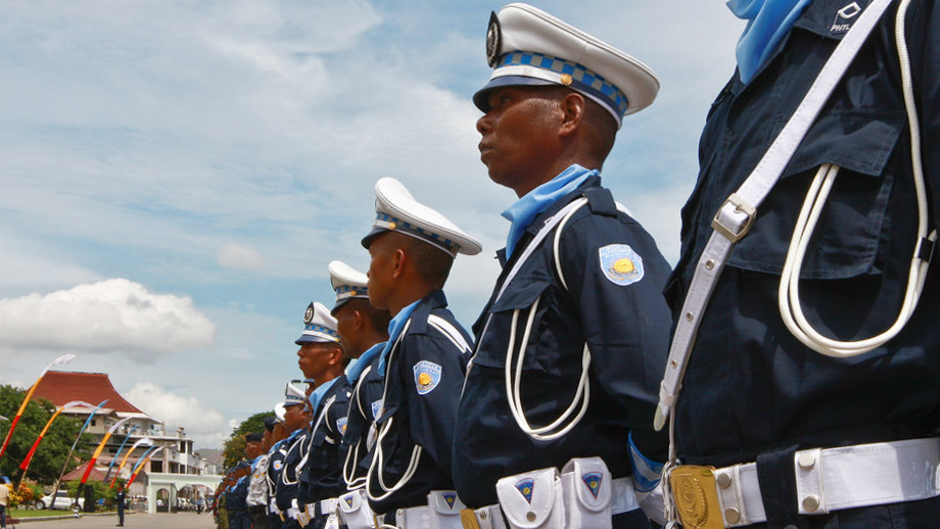 Notwithstanding increasing levels of concern with respect to the links between organized crime, terrorism and violent conflict, the United Nations, Member States and non-governmental organizations remain ill-equipped to deal with this challenge. Analytical capacities are weak, operational tools are often inadequate and there is an insufficient understanding of what works and what doesn’t.

To help address this gap, this past June the United Nations University Centre for Policy Research (UNU-CPR) gathered over twenty international experts to discuss the crime-conflict nexus. The following is a summary of the main conclusions that also draws on a background study prepared by UNU-CPR that reviewed the state of evidence on the crime-conflict nexus.

What do we know about the relationship between crime and conflict and how certain are we about these findings?

The changing nature of conflict and the blurring of actors involved have posed fundamental questions about the utility of current classifications of armed conflict, organized crime and terrorism into distinct, actor based groupings that possess different methods and motives.

Although research and facts on the ground have demonstrated that organized crime, terrorist and rebel groups often pursue multiple agendas and strategies simultaneously, policy at national, regional and international levels continues to be boxed into outdated notions that differentiate these groups based on pre-conceived motives and methods. This limits the ability of states and international organizations to understand the scale and pervasiveness of criminal agendas in economic, social and political structures.

In fact, organized crime may be best understood as a strategy adopted by a range of conflict actors (including the state) to achieve their objectives. This approach to the crime-conflict nexus opens up promising policy options that go beyond law enforcement, encouraging more proactive tools that can reduce criminal opportunities.

As current conflicts raging in Syria, Afghanistan, Nigeria and Iraq attest, the emergence of hybrid organizations engaged in terrorism and organized crime represents a major dimension of contemporary conflict. Yet, our knowledge on the extent and nature (strategic or opportunistic) of this relationship and the mechanisms that support this collaboration remains weak.

The impact of organized crime on conflict dynamics is profound. There is robust evidence to support the notion that conflicts in which a major rebel or terrorist group has access to funds from contraband tend to last significantly longer than those that do not. The reasons for this are not limited to war profiteering or ideology but are also related to the political capital that these groups gain by providing public goods that the state is incapable or unwilling to deliver. The consequence can be a further erosion of the state and the entrenchment of “dual sovereignties” that compete for allegiance and legitimacy among the population.

Criminal agendas also influence peace processes. The termination of hostilities and the signing of peace agreements often lead to an influx of hard currency and hard and soft infrastructure (i.e. roads, internet, banking and telecommunication systems) that can make illicit businesses more efficient, harder to detect and more profitable.

International interventions (peacekeeping, law enforcement, sanctions, extradition) often have an important impact on local conflict dynamics and affect the calculus of conflict entrepreneurs engaging in illicit activities. Yet, our knowledge on exactly how these interventions influence the behaviour of criminal actors remains thin.

Strategic trade-offs between security and key political, economic and social reforms are often made by international actors in post-conflict contexts without due consideration of how they influence the choices of conflict actors as well as consolidate and further entrench organized crime within state structures. All too often, this has enabled transnational organized crime to emerge as a major factor in the corruption of state institutions and reform processes. This undermines democratic governance and the legitimacy of the state.

Policymakers and UN actors on the ground need to better understand how criminal agendas and illicit flows influence the causes and dynamics of violent conflict. The UN and other external actors cannot avoid hard truths. The current tendency is to obscure the role of the state in generating conflict and crime. It is essential that policymakers understand the value of crime for various conflict actors, including the state, as well as the value of violent conflict for criminal actors.

Much more needs to be done to understand and limit the impact of global illicit flows on local conflict dynamics. An important first step is to better discern how illicit flows are organized at the local level. Priority should be given to identifying and eventually disrupting those that use violence to control and protect these flows.

It is critical to time and sequence interventions with an understanding of the limits of their utility. Policymakers and practitioners need a range of tools that include violence interruption strategies that provide “breathing space” through the introduction of truces/cease-fires. The role of skillful mediators in this context is essential. Policymakers then need to take advantage of these openings by creating the conditions for negotiating longer-term violence reduction and security arrangements. These longer-term interventions should aim to tackle the root causes of conflict and crime by promoting trust between divided communities, reducing social, political and economic inequalities and enhancing accountability and justice.

UN and other actors need to better understand when criminal agendas undermine peace and when these actors can be motivated to support it. Furthermore, policymakers and practitioners need to know how to influence these dynamics, including by making short-term strategic trade-offs between fighting criminality and achieving justice, democratic reforms and peace. It is essential, however, that international actors maintain the levers to help re-negotiate the terms of the “deal” when these trade-offs become counter-productive. In addition, more emphasis needs to be placed on monitoring which interventions ultimately reduce or generate crime in conflict and post-conflict contexts.

What are the short, medium and long-term knowledge, policy and operational gaps that must be addressed?

In the short-term it is essential to reframe and update current modes of classification and policy tools so that we are capable of dealing with battlefields and conflict actors that are increasingly blurred. Research needs to provide policymakers with analytical tools that enable internal and external actors to properly assess situations that combine armed conflict with other forms of violence, that involve state and non-state armed groups that mix criminal and political motives, and where “licit” and “illicit” actors are difficult to distinguish. Research can help develop pragmatic approaches that balance operational, political and legal considerations to effectively counter criminal strategies.

In the medium term, policymakers need frameworks for action adapted to contexts where the state is deeply involved in criminal and illicit activities. In such situations, policy options for intergovernmental organizations such as the United Nations are limited and, as research has demonstrated, can even be counterproductive. Research needs to help design interventions and feasible policy options that could prevent and limit the growth of politico-criminal alliances in post-conflict contexts.

Over the longer-term, there are a number of key areas that require further analysis. These include research on the impact of specific social, economic and political conditions on the likelihood that former combatants will re-organize for organized crime. It is also critical that we gain a deeper understanding of the ways in which transnational organized crime groups prey on and/or amplify local conflicts for their own purposes. Research also needs to help discern which interventions ultimately reduce or generate crime in conflict and post-conflict contexts.

While much research has focused on the impact of organized crime on conflict, we still have limited knowledge of the impact of conflict on crime and the risk of a feedback loop developing. Furthermore, we need a better understanding of the relationship between democratization processes, strategic trade-offs between security and key reforms and the risks of organized crime.

Finally, we need more research to determine the importance of revenues from illicit flows and transnational organized crime for contemporary armed conflicts including terrorism. It is essential to provide a better assessment of which particular groups are most dependent on illicit sources of funding and to what degree are they actually embedded in licit businesses and connected to major national and international markets.

What are the next steps for UNU-CPR?

Examining the Interactions between Conflict and Organized Crime by John de Boer and Louise Bosetti is licensed under a Creative Commons Attribution-NonCommercial-ShareAlike 4.0 International License.

John de Boer was a Senior Policy Adviser with the United Nations University Centre for Policy Research in Tokyo (UNU-CPR). Mr de Boer is an expert on development, humanitarian, and security challenges in situations of conflict and violence. At UNU-CPR he leads research that identifies and responds to the multiple dimensions of vulnerability in urban contexts, including that tackling specific challenges related to urban violence, urban disaster, and organized crime.

Prior to joining UNU-CPR, Mr de Boer was the Program Leader for Governance, Security, and Justice at the International Development Research Centre in Canada. He has also worked at the Canadian International Development Agency where he served on the Afghanistan and Pakistan Task Force and with the Agency’s Office for Democratic Governance. He is a Research Associate with the Asia-Pacific Journal: Japan Focus, and a Fellow in Diplomatic Affairs at the University of San Francisco’s Center for the Pacific Rim. He has been a Postdoctoral Fellow at Stanford University and has taught at the University of California, Berkeley. Mr de Boer holds a PhD in Area Studies from the University of Tokyo.

Louise Bosetti was a Research Officer with the United Nations University Centre for Policy Research in Tokyo, focusing on peace and security issues. A French national, prior to joining UNU she worked for three years at the United Nations Office on Drugs and Crime in Vienna, Austria, as an Associate Research Officer where she specialized in the analysis of transnational organized crime threats and contributed to the publication of several regional reports on the topic. She also served as a consultant for various international organizations, local consultancy firms and research centres in France, and conducted field research in El Salvador on gang-related violence and policies as part of her studies. She holds a Master’s in Comparative Politics from the Paris Institute of Political Studies.

Time to Get Serious about Wildlife Crime, UN Says