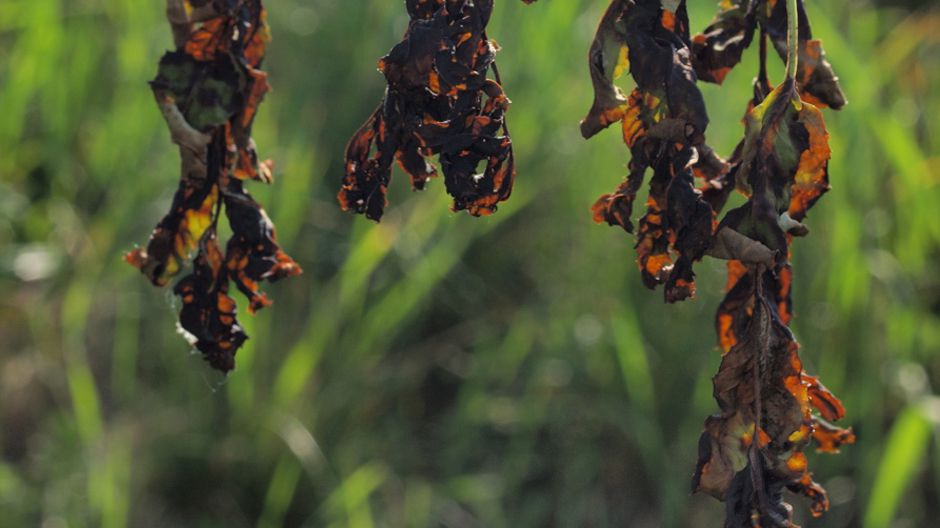 Saving the ash forests of Britain from the devastation of an emerging fungal menace could actually be fun — if a computer game devised by botanists is a success.

Facebook enthusiasts can log on and take part in one of the biggest experiments to harness computing and brain power to discover genetic variants that could help to counter ash dieback disease, caused by the fungus Chalara fraxinea. If thousands of people play the game, which involves matching on-screen patterns that correlate with genetic data amassed by scientists in the field, the results could hasten the process of breeding trees resistant to the disease from 50 years or more to a decade or less.

Ash trees in the United Kingdom (UK) have been attacked by the disease across wide areas, and some of the country’s few remaining ancient woodlands are in severe danger. Afflicted trees were first discovered here last autumn, but ash dieback is likely to have been in Britain for several years, having spread across northern Europe since its emergence in Lithuania and Poland in the 1990s. In Denmark, the disease has caused more than half of ash trees to die out over large areas.

The fear is that the disease could prove as devastating in the UK, where ash is one of the most important species for ancient woodlands. Some British forests contain ashes up to 1,000 years old, kept alive by the practice of coppicing.

At present, there is little scientists can do about the disease other than monitor its progress. However, laboratories are on the trail of genetic variants among the ash tree population that exhibit resistance to or tolerance of the disease. If they can isolate the genes responsible for conferring these qualities, they might be able to cross-breed UK ash trees with resistant or tolerant strains, and so save the widespread populations of ash.

Scientists need to sift through tens of thousands of genes to find those most likely to exhibit resistance. Researchers from the Sainsbury Laboratory, University of Cambridge, have identified 100 trees from Denmark that have so far not succumbed to the disease, which has felled most of their fellows. The genome of these trees will be compared with those of others to identify the genes most likely to encode for resistance to the fungus.

This requires vast amounts of data to be crunched by computer, identifying patterns that could show the DNA sequences most likely to be useful. But this pattern-matching can often be done just as well by people as computers, as it involves the recognition and rejection of patterns that people can quickly see.

Scientists have worked with computer games experts to develop a free app that will encourage people to compare patterns in order to highlight the genetic sequences most likely to be of use. The game, called Fraxinus after the Latin for the ash, Fraxinus excelsior, works as a puzzle, inviting players to score points by matching coloured sequences of leaves on the screen. The best matches score the highest points, and players will be invited to compete to identify the most matches.

“We are at quite an exciting moment,” said Jean Webber, of Forest Research, who has advised on the game. “We have the pathogen to deal with, but we have tools at our disposal that we have never had before.”

The game can be found through Facebook at www.apps.facebook/fraxinusgame