Female Education: a Solution for a Crowded Planet 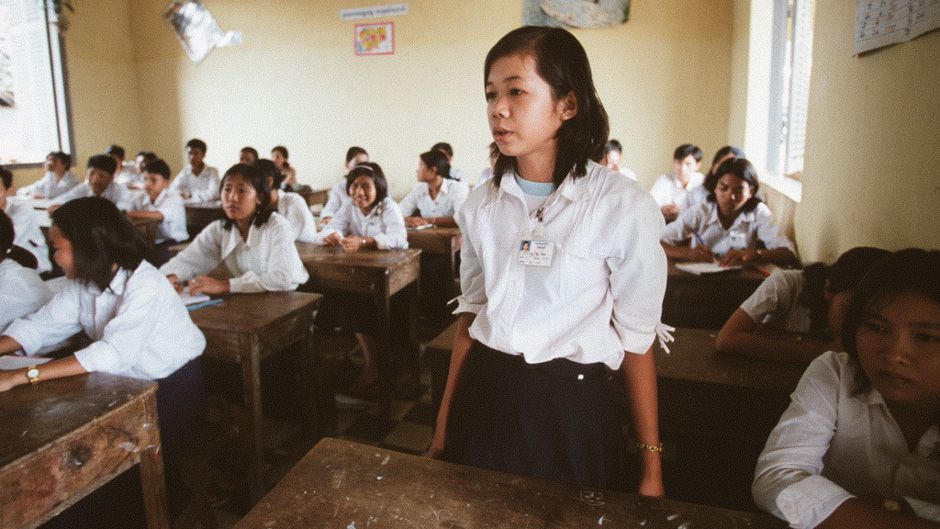 I fully agree with the idea that world population growth can — and should — be reversed through fertility rates that fall below replacement level on a long-term basis. This is an important but not a new idea. It has been mentioned by several authors in a more qualitative way and, in 2001, I contributed to an article published in the leading science journal, Nature, that shows in quantitative, probabilistic terms that there is an 85 percent chance that world population will reach a peak over the coming decades and then start to decline due to sustained, global, below-replacement fertility.

More recently, I published an editorial in the Journal of the Royal Statistical Society entitled “Toward a World of 2–6 Billion Well Educated and Therefore Healthy and Wealthy People”. This paper presents extensions of demographic scenarios into the twenty-second and twenty-third centuries that illustrate that if the world, by the end of the century, achieved fertility levels currently found in Europe and China (about 1.5–1.7 children per woman), world population size could well decline to approximately two to six billion people even with continued significant increases in life expectancy. But such low fertility levels will likely only be achieved if the rest of the world population attains female education levels comparable to those of existing low-fertility regions.

Robert Engelman, a vice president at the Worldwatch Institute, argues that global fertility declines can be achieved by providing more access to family planning services. While this will indeed be important to reducing fertility, it must be coupled with improved female education. The empirical evidence as derived from extensive analyses of the Demographic and Health Surveys (DHS) around the developing world shows that the dominant force for limiting fertility is female education: more educated women want fewer children and tend to provide them with better life chances in terms of better health and education (what economists call a quantity/quality trade-off).

More educated women tend to have better access to information and to reproductive health services that help them realize their desire for a smaller family size. Women who are more empowered through education also have a stronger position vis-á-vis their husbands, who, in high fertility countries, typically want more children than their wives do.

These observations complicate Engelman’s notion of an “unmet need for family planning”, an idea that underlies the work of many organizations in the field of reproductive health and family planning. DHS surveys exploring the obstacles to the use of contraception have shown a quite different picture from the one drawn in Engelman’s paper. An important reason that women give for not using contraception is that their husbands do not want them to use it. In this case, simply providing more access to voluntary family planning services does not help. Only when women are empowered through more education (or other means) will they be better able to convince their husbands of the desirability of contraception.

Another important stated reason for not using contraception despite the risk of an unwanted pregnancy is the widespread fear of contraception’s negative health effects. Again, only more information and education can help overcome this obstacle. Hence, fertility projections based on providing access to family planning services to women categorized as having an “unmet need” are highly problematic because these data show that the main obstacles are not costs or a lack of access to contraception. Hence it is very unlikely that simply providing more access to contraception will eliminate the entire “unmet need”.

More education — for both women and men — not only helps overcome the abovementioned obstacles, but also significantly lowers the desired family size. And research shows that this factor is far more important in reducing fertility than simply increasing access to contraception. In Ethiopia, for example, the DHS shows that uneducated women have on average six children whereas those with secondary education have only two.

I do think that more broad-based, basic education (particularly for women) together with better access to reproductive health services in the least developed countries will result in significant fertility declines and a shrinking of world population in the long run.

Further expansion of access to modern family planning services is itself highly desirable for health and human rights. It is women’s fundamental right to have access to good quality services that reduce the health risks associated with pregnancies and with unwanted pregnancies, in particular. But there are very strong synergies between female education and family planning programs that should not be ignored. If we pursue both jointly, it would not only help curb world population growth but would also make major contributions to poverty eradication and female empowerment.

This article was first published on Solutions.

Female Education: a Solution for a Crowded Planet by Wolfgang Lutz is licensed under a Creative Commons Attribution-NonCommercial-ShareAlike 3.0 Unported License.

Wolfgang Lutz is founding director of the new Wittgenstein Centre for Demography and Global Human Capital, combining his current functions as leader of the World Population Program of the International Institute for Applied Systems Analysis, director of the Vienna Institute of Demography at the Austrian Academy of Sciences, and professor of applied statistics at the Vienna University of Economics and Business.