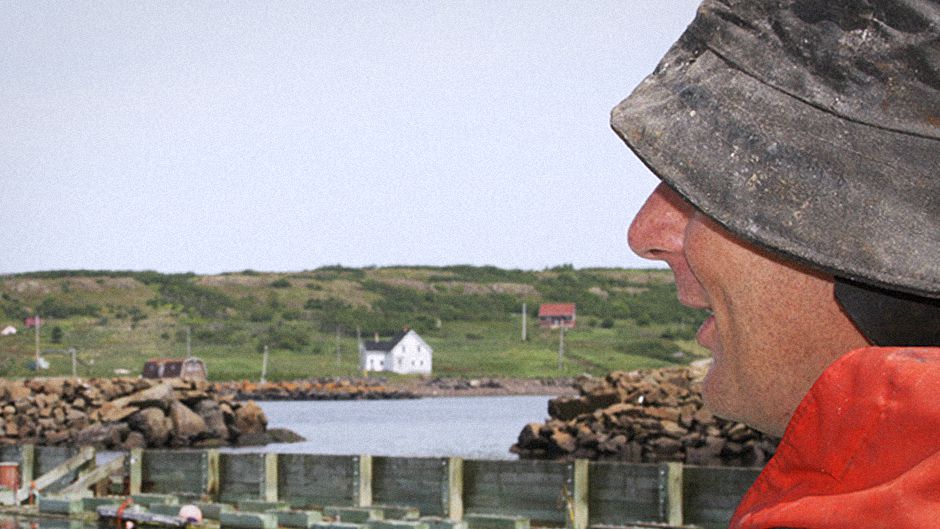 In many parts of the world, it is hard to find fresh fish to buy, even if you live next to the ocean. In Halifax, the largest city in Nova Scotia, a Canadian province known for its fishery, it takes at least six days for local fillets to make it from the fishing boats to the supermarket. With almost a week from sea to fork, the fish can hardly be called fresh.

Now that’s changing. A group of five fishers have founded Off The Hook in a rebuke to the way fish have been bought and sold in Atlantic Canada. They call it a community supported fishery — a nod to the local food movement’s community-supported agriculture (CSA) direct marketing programs whereby farmers sell directly to customers. As with a CSA, individuals join and pay a lump sum at the start of the season. They’re given their share of the catch each week. If there is no catch — as was the case one stormy week last summer — there’s no share. (The fishers did give out more fish later, though the contract says they don’t have to.)

Usually, however, there is plenty to go around, such as foot-long haddock, hake and cod. Members who buy a full share, for what works out to the equivalent of $60 a week, go home with up to five fish; those with half shares, equal to $30 week, pack two.

These fish are different from what you buy at the supermarket. To start, they don’t smell because they are usually 24 hours old and they’ve gone directly from the water, to ice on the boat and then into a fish tote on a truck. They’ve also been caught differently. Today’s commercial fishery uses trawlers, large boats that drag a large net along the ocean floor sweeping up everything it comes across. This invasive fishing technique contributed substantially to the collapse of Eastern Canada’s northern cod stocks back in the early 1990s.

[quote quote=”Just as has been done for decades, Off The Hook’s fishers bait dozens of hooks attached to a line that sinks to the ocean bottom where ground fish, such as haddock, live.” type=”image” image=”3555″ ]

The co-operative, however, uses a more environmentally kind method called the bottom hook and line that doesn’t damage habitat. Just as fishermen have done for decades, they bait dozens of hooks attached to a line that sinks to the bottom of the ocean where ground fish, such as haddock, live. The fishers leave the lines for 12 hours and then use their small boats to bring in the catch. Fewer and fewer people are fishing this way today because the catch is smaller and the price at the dock is low — the large trawlers work on economies of scale, earning their money by bringing in thousands of pounds of fish every day.

“These fishers make up the back bone of our communities in Atlantic Canada. When you lose that, you are losing something vital and important to who we are,” said Sadie Beaton, the Community Supported Fishery Coordinator at the Ecology Action Centre in Halifax who was hired by the group to help with the start-up.

When it comes to selling their catch, however, the fishers are turning away from tradition. Ever since colonial times, the Maritime fishing industry has fed the long-distance market. The fisherman was the small guy who relied on the fishing lord, the middle-man, to buy the entire catch.

This summer, Off The Hook has found local processors who will fillet the fish and return it to the co-operative to sell — typically any fish sold at the dock goes directly into the long distance food system. By creating the co-operative and selling directly to the consumer in local cities, they are reinventing this supply chain. And this means they can earn more. Whereas the price paid for haddock by the middleman last summer was 80 cents to a dollar, the fishers sold to the co-operative for $3 a pound.

“We are trying to keep a fishery going so the next generation can have it,” said Off The Hook’s Orlie Dixon, who used to go out fishing with his dad when he was a boy.

Getting in touch with their food

One humid day last fall, the people picking up their catch told of how they preferred to buy their fish directly from the source, even if it cost more money.

“In Europe, you go to the fishing village and you buy the fish there. You can’t do that in Nova Scotia,” said Andrea Chircop, one of the group’s 100 or so members.

“I find it’s not clear where the fish is coming from in the grocery store,” said Julie Jordan, a post-doctoral student at Dalhousie University who was also picking up her fish.

[quote quote=”The idea is spreading and people continue to call Off The Hook to learn more about how they can start a community-supported fishery in their community.” type=”image” image=”3552″ ]

A fishers’ co-operative in New England inspired the group and there is at least one more direct marketing program for fish in British Columbia, so the idea is spreading. People in Newfoundland are now interested, and a lobster co-operative exists in Nova Scotia, too. The employees at Google have started their own community-supported initiative with fishers in the San Francisco Bay area, and people continue to call Off The Hook to learn more about how they can start one in their community.

For customers, it’s not a question of a simple switch from the supermarket: there is a lot to learn. There are seasons for ﬁsh, as with vegetables, and you must adapt to what’s available — last summer there was ample haddock and when the season starts this year, it could likely be different.

Most people can’t identify species by sight any more because they buy fillets (which, a recent report finds, may not even be what they are labelled as) and, when presented with an entire fish, don’t know what to do with it. Even though Off The Hook  will be offering some fillets this summer, customers members will still have to learn how to handle the fish whole.

And with those fish, they can, with an easier mind, make all sorts of dishes: fish tacos, baked fish with lemon and herbs, fillets with caramelized onions and rice.

Fisherman Clifton “Tony” Thurber Jr with his family. Read more about the co-op and its fishers on the Off The Hook website.

Fish Fresh off the Hook from Community-supported Fishers by Sarah Elton is licensed under a Creative Commons Attribution-NonCommercial-ShareAlike 3.0 Unported License.

Sarah Elton is a journalist and writer who focuses on food and agriculture, science and sustainability. She is a food columnist for CBC Radio and writes regularly for publications across North America including Maclean’s and TheAtlantic.com. Her first book, Locavore: From Farmers’ Fields to Rooftop Gardens, How Canadians Are Changing the Way We Eat, is a national bestseller and was named one of Amazon.ca’s top 50 books of 2010. Sarah is at work on a new book about the future of food. You can find her online at thelocavore.ca or connect with her on Facebook or Twitter.