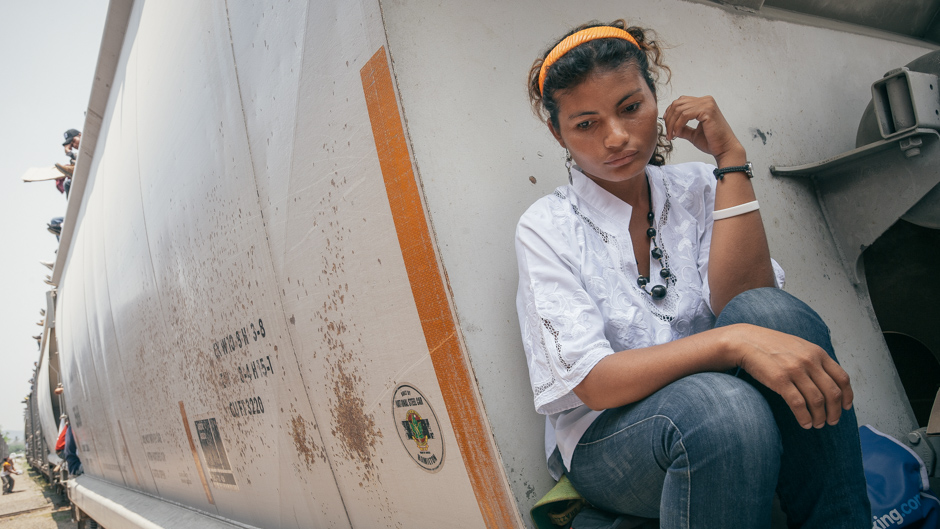 Recent media attention has focused on increased migration to the United States and Mexico as migrants flee growing violence in El Salvador, Honduras, and Guatemala, also known as the Northern Triangle countries. As a transit and destination country for Northern Triangle migrants, Mexico is grappling with how best to deal with the influx of migrants. In doing so, it is critical for Mexico to focus attention on some of the more at-risk migrants, like migrant women.

The United Nations High Commissioner for Refugees (UNHCR) recently released the report “Women on the Run” highlighting the violence affecting women in the Northern Triangle. The UNHCR study interviewed Central American women seeking asylum in the United States, and found that 85% came from neighbourhoods controlled by criminal armed groups. Women also experienced or were at risk of rape, assault, extortion, and other threats, which 64% of the women cited as their main reason for migrating to the United States.

The extreme violence is reflected in data from the United Nations Office on Drugs and Crime, which ranks Honduras as first, El Salvador as fifth, and Guatemala as sixth for countries with the highest rates of homicide. Moreover, El Salvador ranks first, Guatemala third, and Honduras seventh globally for rates of female homicides.

The number of asylum applications from Northern Triangle country citizens dramatically increased by 13 times from 2008 to 2014.

Without the ability to safely live in their home countries, many women flee seeking international asylum and protection. The number of asylum applications from Northern Triangle country citizens dramatically increased by 13 times from 2008 to 2014 in the combined countries of Mexico, Belize, Costa Rica, Nicaragua, and Panama. Comisión Mexicana de Ayuda a Refugiados (Mexican Commission for Refugees) received 17% more asylum applications in the first 8 months of 2014 than it received for all of 2013.

The migration process is arduous, costly, and dangerous. Migrants often pay high fees to coyotes (smugglers) to facilitate the migration process. In addition, extortion often occurs with officials, such as police and agents from Instituto Nacional de Migración (National Institute of Migration). In other cases, it occurs with locals, such as bus drivers, who threaten to alert officials. In one study, 43% of detained migrant women interviewed were victims of extortion in Mexico, and of the migrants from Central America, the majority had experienced extortion.

Criminal groups in Mexico kidnap more than 20,000 migrants each year. The Comisión Nacional de los Derechos Humanos (Mexican National Human Rights Commission (CNDH)) reported that in six months, between 2008 to 2009, nearly 10,000 migrants were kidnapped, and in the first six months of 2011, 11,333 migrants were kidnapped. Once captured by criminal groups, the families of the migrants are contacted for ransom money. Migrants whose families are unable to pay may be killed. Meanwhile, the migrants may face torture and abuse.

According to Amnesty International 60% of migrant women and girls are raped while migrating, while other data indicate that 80% of women experience rape and sexual assault during the migration process.

In addition to the risks of extortion, kidnapping, and violence that migrants face, migrant women are also vulnerable to sexual and gender-based violence, including rape and sexual assault. Women experience sexual violence and forced disappearances often near the border. According to Amnesty International, 60% of migrant women and girls are raped while migrating, while other data indicate that 80% of women experience rape and sexual assault during the migration process.

Given the frequency of sexual and gender-based violence, many migrant women take contraceptives before migrating to avoid the risk of pregnancy from rape by armed criminal groups, locals, or their smugglers. Unfortunately, contraceptives don’t protect women from sexually transmitted diseases or other health risks, and migrant women often do not report or seek medical care for sexual and gender-based violence. Migrant women captured by criminal groups are also in danger of being sold into prostitution and human trafficking.

Of course, undocumented migrants are also at risk of apprehension, detention, and deportation. In 2000, Mexico began to fortify its detention and deportation processes by increasing law enforcement and detention facilities. Now, in response to the recent thousands of migrants fleeing to Mexico and the United States, Mexico has continued to strengthen its migration enforcement. According to Georgetown Law’s Human Rights Institute, with United States funding, Mexico has further secured its border, increased checkpoints throughout southern Mexico, sent specialised troops to the border town Tapachula, increased the speed of La Bestia (the northern-bound trains) to discourage migrants from riding on top of the trains, as well as increased surveillance and raids of La Bestia.

The heightened border security and enforcement is evident based on the increased number of apprehensions and deportations. Recently, the number of apprehended Central Americans increased by over 80%, from 49,893 to 92,889, in just one year. Deportations doubled from 2010 to 2013 and increased by an additional 30% in 2014. The majority of those deported were from Northern Triangle countries. Now, with Mexico increasing its enforcement and deportations, the United States is receiving and deporting fewer Northern Triangle migrants, despite the continuing high rates of emigration. Mexico now detains more migrants from Central America than the United States, a change that occurred only in the past year.

The experience of detention may deter migrants from applying for asylum, even in cases where international protection is truly needed. For many migrants, the conditions of the detention centre, along with the indefinite processing period, may be less appealing than deportation and restarting the migration process. For some migrant women the anxiety experienced during detention, particularly about their detained children, makes a quick deportation preferable. Many women plan to migrate again after deportation.

How can Mexico help?

With increasing poverty and violence in their home countries and stricter enforcement measures in Mexico, migrant women are not truly protected. Harsher border and detention enforcement causes migrants to travel more dangerous and expensive routes, relying more heavily on smugglers to hide them in their journey, and risking additional violence, extortion, kidnapping, and trafficking in doing so. For women that become detained, the lack of knowledge about asylum processes and additional barriers to asylum before being returned to their home countries also does not aid nor protect them.

To protect the rights of migrants, and those that are particularly vulnerable, Mexico could apply the following recommendations:

Solutions certainly aren’t easy but are increasingly needed as migrants continue to enter Mexico risking extreme situations while seeking better, safer lives. Mexico has established programmes and policies to assist migrants and asylum-seekers, but more can and should be done on implementation and enhancing the protection of rights.

This article is adapted from the UNU-GCM policy report “Women Migrating to Mexico for Safety: The Need for Improved Protections and Rights”.

Fleeing to Mexico for Safety: The Perilous Journey for Migrant Women by Anjali Fleury is licensed under a Creative Commons Attribution-NonCommercial-ShareAlike 4.0 International License.

Anjali Fleury is an expert consultant on migration, women, and mobility with the UNU Institute on Globalization, Culture and Mobility (UNU-GCM). She is also a consultant with the World Bank, where she focuses on gender, migration, and human rights in development. At the World Bank, she published “Understanding Women and Migration: A Literature Review” with the Global Knowledge Partnership on Migration and Development team. She holds a Master in Public Policy degree from the Harvard Kennedy School of Government.