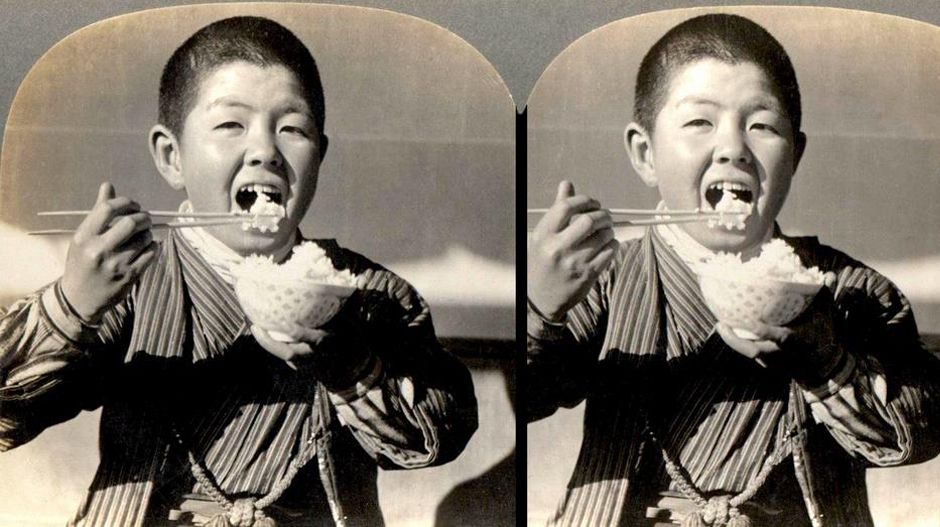 In a small, crowded office in Akihabara (Tokyo’s electric town), the Second Harvest Japan team works to redistribute a windfall of unwanted food to a network of welfare agencies and individuals across the country.

Food waste figures in Japan, like in many affluent countries, are heartbreaking. Each year, an estimated one third, or 20 million tonnes, of food never gets eaten due to numerous factors along the industrial food supply process. While much is spoiled, 5-9 million tonnes of it is food that the maker, distributer or retailer decides not to sell, though it is perfectly edible. The term in the food industry is “food loss” and basically indicates a business decision to lose profit on saleable goods.

Some of this abundance, received through their corporate partnerships, is what keeps Second Harvest’s committed staffers and volunteers striving to match up food with orphanages, the elderly, single mothers and migrant workers.

For many people in need, the arrival of a van or package bearing the Second Harvest logo brings a feeling of relief and thanks. A chance to escape for a while from the constant worry of “where will the next meal come from?”

A new experience for Japan?

That nagging thought about our next meal is one that most of us are lucky enough not to have. But according to Charles McJilton, Executive Director of Second Harvest, the number of Japanese facing this situation is on the increase.

Established in 2000 (and originally called Food Bank Japan), Second Harvest is well known for its work as a soup kitchen, providing hot meals on Saturdays to 700 homeless in Ueno Park. But the dynamic McJilton, who has been in the field for 18 years, is keen to highlight that that is only part of their work.

“There are some 20 million people living under the poverty line in Japan,” he says. “That’s around 15% of the population.”

To live below that line means trying to get by on roughly half of the average household income (around ¥2.25 million or US $25,000). According to McJilton, this leaves 750,000 people in Japan lacking food security. Sketching on a whiteboard in Second Harvest’s meeting room last week, he showed us how this breaks down: single mothers (44%), elderly folk (36%), migrant workers (17%), and with the homeless making up a small portion.

“We operate something called the Harvest Pantry,” says McJilton. “And we send out food boxes to around 120 households.” Normally, those that register can expect to get two packages a month for a certain period, which is renewable if need be.

This type of service is quite unusual in Japan at present, as there is no real infrastructure in place to distribute food to the needy (unlike in other countries such as the US), with the exception of Second Harvest and a small number of other food banks.

Food banking is on the up

It is the food banking aspect that forms the major part of Second Harvest’s activities. This is where they coordinate, collect and distribute large volumes of “food loss” to welfare agencies that support people in need.

McJilton points out that this is not leftover things like the o-bento (packed meals) or rice balls (onigiri). As you can see in this article’s photo gallery (click the small black camera icon at top right), in many instances, it is food that has had its outer packaging damaged in transportation, or where there is an error on the label. Day-old baked goods and produce at peak freshness are picked up by Second Harvest daily and distributed quickly. Quite simple and seemingly minor things can result in food being deemed unfit for sale.

One big reason for so much food loss, McJilton explains, is the very high expectations of consumers here in Japan. The food industry caters to what is known as the “Three Ps”: Japanese consumers prefer products to be “perfect, pristine and pretty”.

People have further been made skittish by numerous food scandals and keep a sharp eye on sell-by dates. For instance, he says, all Christmas cakes and other Christmas products will be pulled from the shelves on the 26 December. But unlike in North American Boxing Day sales, nothing will be sold at discount prices for fear of cheapening the product’s image.

Producers here therefore pay careful attention to quality all along the line and if any faults are found, are quick to pull the product rather than suffer the consequences of consumer boycotts.

Executives from food companies in Japan confess to feeling guilty about destroying food, McJilton says. And indeed, English author Tristram Stuart in his watershed book Waste, documents the same sentiment amongst UK food workers. But what can they do? Partnering with Second Harvest is an obvious answer.

There is a real need to inform more food companies about the mutual benefits provided by working with food banks, and so Second Harvesters give a lot of talks as part of their advocacy programme.  The organisation also formed a professional advisory board that includes representatives from food companies.

“It is a great chance for them to share information and test their ideas about how to respond to the food loss issue,” he says.

Tackling waste at the root

The Japanese government too has become increasingly keen to tackle the problem. In 2001, the Food Recycling Law was enacted and, while it has spurred certain forms of initiatives to make use of waste in things such as compost (and hence reduce methane emissions, a potent greenhouse gas), it has not made a dent in the scale of its making.

To attempt to better understand and make in-roads there, the Japanese Ministry for Agriculture, Forestry and Fisheries (MAFF) has commissioned a survey on food loss, with which McJilton is participating.

The ministry is already aware that a major contributing factor to Japan’s high food loss rate is that Japan’s food self-sufficiency is very low, compared to other developed countries. In importing 60% of its food, Japan is vulnerable to much loss along the import process.

Therefore a MAFF campaign aimed at relocalising Japan’s dietary habits to boost national food security will hopefully soon begin to have the side-effect of cutting the country’s food loss rate.

What can you do?

In this festive holiday season it is always fitting to think of those less fortunate. Perhaps you can help Second Harvest directly by donating to their winter fund raising campaign. Or why not volunteer to help at your local food bank or soup kitchen? Every little of bit of support would be most gratefully received.

There is also a deeper issue to consider. “No one will tell the consumer: Your ways are creating this system,” McJilton says.

But surely, we too are responsible for the wasteful monster that our food system has become.

Food For All People by Brendan Barrett is licensed under a Creative Commons Attribution-NonCommercial-ShareAlike 3.0 Unported License.