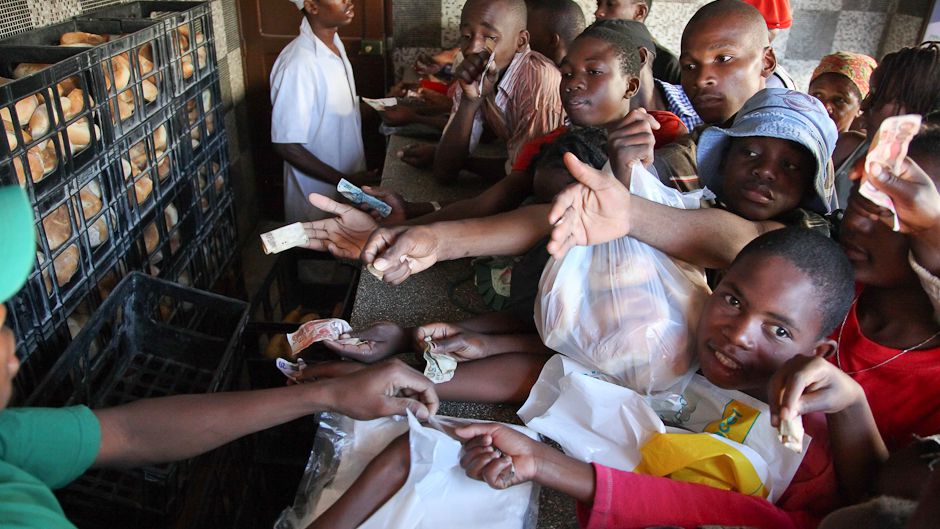 The ongoing famine in war-prone Somalia has led to much speculation about the link between violent conflict and food insecurity. Some commentators have also connected this year’s political revolutions in Egypt and Tunisia to record high food prices.

A recent paper released by the United Nations World Food Programme (WFP) Policy Planning and Strategy Division analyses the link between food insecurity and conflict, both political (e.g., revolutions, civil unrest) and violent (e.g., civil or interstate war). The report also identifies ways, which are discussed below, in which national governments and the international community can provide food assistance that restores peace and builds social capital.

In Food Insecurity and Violent Conflict: Causes, Consequences and Addressing the Challenges,  authors Henk-Jan Brinkman and Cullen S. Hendrix illustrate clearly that food insecurity is a “threat and multiplier for violent conflict”. Based on their fairly broad review of the research, in which more than 100 sources were referenced, “[f]ood insecurity, especially when caused by higher food prices, heightens the risk of democratic breakdown, civil conflict, protest, rioting, and communal conflict.”

Food insecurity is not enough

Yet, food insecurity alone is a not a condition provocation for conflict. Like all cause and effect relationships, the link between the two forces is context-specific and varies according to a country’s level of development and the strength of its political institutions and social safety nets. The authors highlight that the more fragile the state in question, the more likely households are to rely upon food imports (which are relatively more expensive) and thus the more vulnerable they are in times of food price volatility. 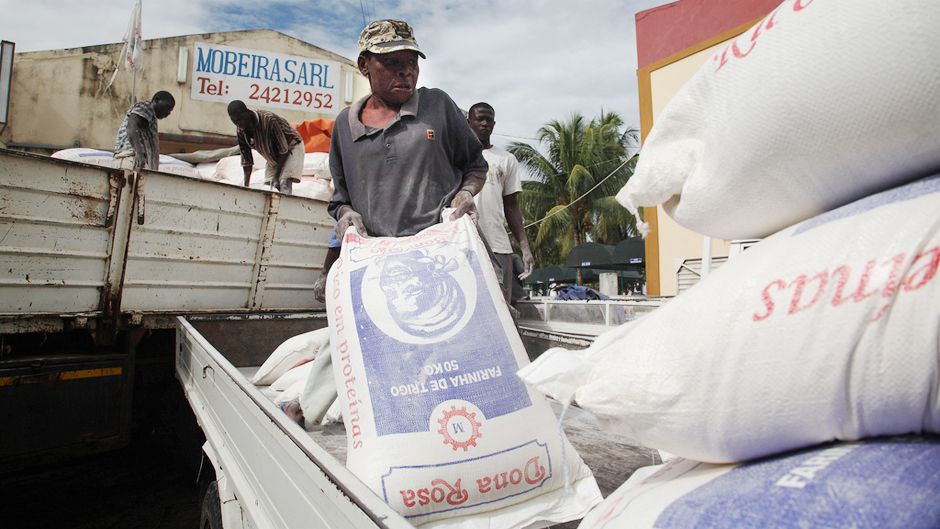 [quote quote=”The more fragile the state in question, the more likely households are to rely upon food imports and thus the more vulnerable they are in times of food price volatility.” type=”image” image=”3813″ ]

The assumption that “fragile states” are more likely to exhibit food insecurity seems intuitive. What is not so obvious is that highly repressive authoritarian regimes, although they may “create incentives for clandestine action such as insurgency or revolution”, are better placed to suppress political unrest and the risk that this can evolve into broader conflict. Still, in the long run, as recent events in Libya and other oppressive nations demonstrate, brutal regimes are destined to fall if they fail to provide “bread and circuses” — something recognised by the Roman poet Juvenal in 100 A.D as a method to prevent populations from uprising against their leaders.

On the question of what role food prices are playing in the on-going Arab Spring (now Summer) revolutions, Brinkman and Hendrix believe that the “statistical evidence is lacking” that they have been a decisive factor. There is historical evidence to suggest, however, that higher food prices trigger violent riots (as distinct from civil conflict). This correlation was evident during 2007/2008 when the then record-high food prices prompted riots across 48 countries, as Figure 1 illustrates.

Other facets that heighten the chance of conflict include demographic factors such as whether a country has a relatively large number of (unemployment prone) youths. Often coinciding high rates of urbanisation increase the ratio of food consumers to producers. Related to this, a recent report by the World Wildlife Fund (WWF) argues that the growth of “megacities” is triggering a breakdown of basic services including water supplies which are vital for food security.

Moreover, high levels of income inequality (especially between different ethno-linguistic or religious groups, rather than between households) can complete a perfect storm of conflict triggers.

A chicken and egg problem

Brinkman and Hendrix point out that the relationship between food insecurity and violent conflict is not one way. High food prices are both exacerbated by and exacerbate the chance of civil unrest.  In other words, food security is a pre-condition for political stability and political stability is a precondition for food security. The question of what came first is perhaps not as relevant as attempting to understanding how to escape what Collier and his colleagues refer to as the “conflict trap”.

The paper identifies some general policies that even fragile states can take in times of high food prices, in order to prevent conflict breaking out. These include reducing import tariffs and taxes and increasing subsidies to lower prices, as well as releasing food reserves to increase supplies. In fact, in the 2007-2008 round of food price spikes, 77 of 84 developing countries surveyed did implement such policies in order to stabilise prices. 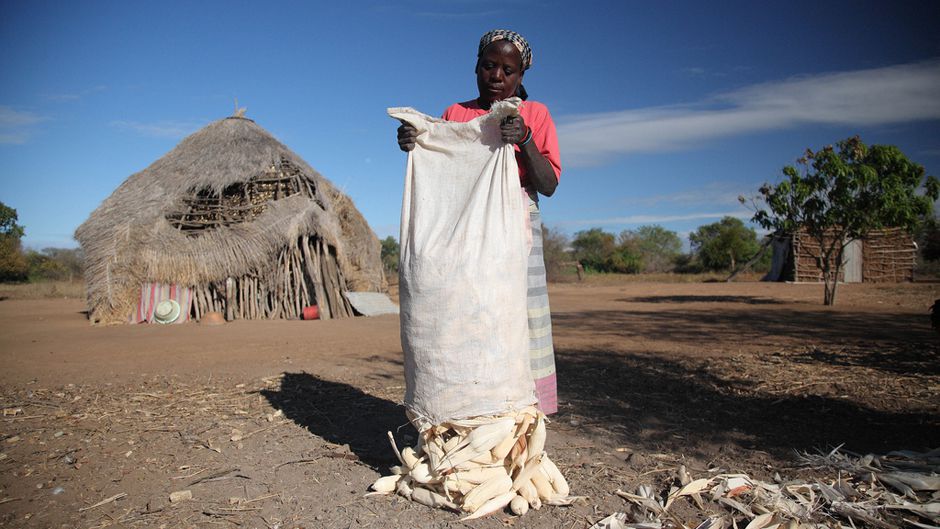 [quote quote=”High food prices are both exacerbated by and exacerbate the chance of civil unrest.” type=”image” image=”3814″ ]

The challenge for policy-makers is to ensure that feeding people in the short term does not exacerbate the food insecurity–conflict link in the long term. Subsidies, for example, seem sensible because they reduce food prices for all people, including the most vulnerable. Yet, they are also inherently regressive since those who spend a much smaller percentage of their income on food receive the same financial benefit in absolute terms. If applied without care, subsidies can increase income inequality and thus augment the potential for conflict down the track.

Cure in the absence of prevention

The WFP is in the most challenging business of saving people from starvation. Thanks to the support of large food donors like the United States, they feed a significant 90 million people annually across more than 73 countries.  Despite their noble efforts in providing food assistance, their role is one of cure and not prevention.

Although it is critical get food to those in need, especially children who can be affected for life by a lack of nutrition in their early years, food assistance surely cannot be a long term sustainable solution to food insecurity. The challenge faced by the WFP and other humanitarian agencies in the interim is to ensure, as the authors admit, that food assistance does not become an additional “source of conflict” that “can undermine investment in local food production and the development of local capacity”.

Still, presumably those determining policy and working in the field for other UN agencies, national and local governments and NGOs would be interested to know what the world’s largest humanitarian agency fighting hunger can share from its experiences on the front lines of Somalia. What valuable insights do the authors (although not speaking for the WFP, it should be noted) offer the international community on breaking the “conflict trap”?

Unfortunately much of Section 5 — The International Community: Answer the Call, Promoting Peace, is spent praising, without much detail, WFP operations in countries enduring conflict or post-conflict challenges like El Salvador and Sierra Leone. Cash- or food-for-work programmes, where workers are paid in either money or food to assist in building infrastructure, have been identified as effective post-conflict strategies. In addition, the WFP’s food-for-training programmes have offered food assistance and new-skills training as incentives for former combatants, including child soldiers, to disarm, demobilise and reintegrate (DDR).

However, without more-depth and independent evaluation (WFP conducts its own evaluation), it is difficult to confirm which of these interventions have succeeded and what lessons should be drawn from when dealing with Somalia and other intractable situations.

One thing the authors and many know is for certain: severing the food insecurity-conflict nexus “is a long-term process than can take ten years or more”. While prevention may be better than cure, for the people of Somalia, cure is better than what they have had to endure for so long.