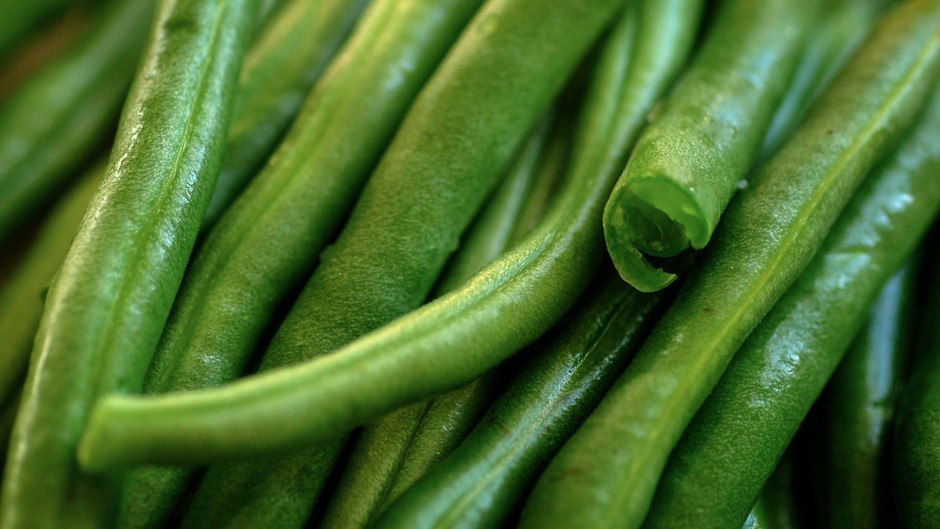 Many of the rules in American food writer Michael Pollan’s new book, Food Rules: An Eater’s Manual are so obvious, you wonder why he bothered to compile them for us.

Wrong. These 2006 statistics (which may not take into account recent upward trends) prove that they don’t:

If you, like Pollan, believe that fast food is not food but rather an “edible foodlike substance” (or that KFC is not actually chicken), then you can safely assume that many people are not eating food, let alone cooking it.

Pollan is well known for having popularised awareness about the consequences of the industrial food system in his decisive and detailed Omnivore’s Dilemma (2006).

His motivation in releasing this accessible pocket-sized paperback reflects the importance of educating a wider (no pun intended) American audience about food. To do this, he called on the US public to help him by sharing their own food rules. Thousands of responses flooded in from which Pollan compiled the 64 best food rules into one book of three parts:

2) What kind of food should I eat? (Answer: Mostly plants); and,

Pollan’s quest in Food Rules is to help people “tell the real food from the edible foodlike substances you want to avoid”. He tries to, where possible, offer this guidance while steering clear of the complex scientific jargon of the nutrition science he distrusts.

The key to this challenge of distinguishing between ‘food’ and ‘foodlike’ is to follow Rule 15: “Get out of the supermarket whenever you can”. This requires buying out of an entrenched industrial food chain and the ‘Western diet’. For those who trust ‘the system’ and their government’s ability to ensure food safety, many of Pollan’s rules will sound radical. Rule 8, “Avoid food products that make health claims”, and Rule 11, “Avoid foods you see advertised on television”, imply that the main players — government, food companies and the media — cannot be trusted. Is he right? Our food is cheap, convenient and always available — what is there not to trust?

While Pollan might seem like an idealist, he is in fact a realist. He favours balance ahead of fanaticism. He uses simple messages and encouraging language to communicate. Rule 22, “Eat mostly plants, especially leaves”, is as simple as you can get. This is at the heart of his response to the basic and frequent question of “what to eat”.

Even the most cynical readers will appreciate Rule 43: “Have a glass of wine with dinner.”

Pollan, deliberately avoiding the compromised word ‘organic’, asks us to “Eat well-grown food from healthy soil” (Rule 30). These sorts of rules sound like something your great-grandmother would have said. No surprise there, seeing as how Rule 2 is “Don’t eat anything your great-grandmother wouldn’t recognize as food”. Surely, Pollan implies in of all his writing, we can learn a lot from 10,000 years of agricultural history?

For those who love treats, more than healthy eats, it is not all bad news. Even the most cynical readers will appreciate Rule 43: “Have a glass of wine with dinner”. Yet it, like all the others rules, works better the more of the other rules you follow.

What’s food security got to do with it?

Healthy eating is not just about our health as individuals. Despite writing for an American audience and sticking closely to eating principles instead of parochial political statements, Pollan deserves credit for his grasp of the catastrophic impacts that the ‘Western diet’ has, usually on ecosystems in the Global South.

However, he doesn’t deal with this aggressively or even overtly through pushy language. Rather, his approach seems to be that saving the planet can be a by-product of encouraging people to be healthy. After all, the quickest way to get through to a man, or woman’s heart, is through their stomach.

Take Rule 23: “Eat meat as a flavouring or special occasion food”. This won’t sit well with many people but, by drawing attention to the health impacts of excessive (often antibiotic-injected) meat, he appeals to people’s self-interest and not their sense of guilt in relation to the deforestation caused by raising cattle. Likewise with Rule 32, “Don’t overlook the oily little fishies”, Pollan warns us off the depleted stocks of larger fish — such as blue fin tuna and swordfish — by citing the high levels of mercury they contain.

Although, by not moralising about the environmental consequences of our food (or foodlike) choices, he will disappoint some, Pollan is not trying to win a popularity contest by telling us what we want to hear.

By his own admission, certain rules — like 44, “Pay more, eat less”, and 45 “Eat less” — will be unwelcome advice. Sadly, eating that is healthier for the earth, society and body, is often considered expensive and elitist, rather than something the human species has pursued successfully for millenia.

Still, Pollan believes firmly in the idea that low cost food has a high price.

“There’s no escaping the fact that better food — measured by taste or nutritional quality (which often correspond) — costs more, because it has been grown or raised less intensively and with more care.”

“If higher quality food tastes better, you will need less of it to feel satisfied. Choose quality over quantity, food experience over mere calories”.

But don’t take Pollan’s word for it alone. Instead, in his words, after you switch from sugary white bread to nutritious and filling whole grains (Rule 37), “Consult your gut” (Rule 48) to see if he is right.

Food Rules can be a restorative tool for millions of Americans who need to transform their eating habits. It is also a useful preparatory guide for readers located (mainly) in developing countries further behind in the fat race. We would be naive to think that the problem of eating beyond our means is isolated to countries like the US, UK and Australia.

Obesity, influenced heavily by people’s bad food choices, is a worldwide phenomenon. In fact, according to the World Health Organization (WHO), 2.3 billion adults across the globe will be overweight or obese by 2015, while at the other end of the scale, 1 billion people are undernourished.

That Pollan and other lesser known food writers before feel driven to write guides like Food Rules is a sad indictment of the lack of respect we have for our food, our environment and ultimately our own bodies.

While most of Pollan’s conventions are hard to dispute, Rule 41 — “Eat more like the French. Or the Japanese. Or the Italians. Or the Greeks” — may be a little romantic. The propensity for people, especially youngsters, from respected food cultures like France to eat more fast food and less real food is disturbing. Perhaps the rule should be “Eat more like the French used to…”.

It is not until you arrive at Pollan’s final rule that you truly appreciate his philosophy and underlying intentions for spelling out the rules of food.

Rule 64: “Break the rules once in a while,” he recommends.

This might seem contradictory in a book comprised of rules. What Pollan is really getting at, however, is that eating food should not be a complex scientific procedure.

“Our experience over the past few decades suggests that dieting and worrying too much about nutrition has made us no healthier or slimmer; cultivating a relaxed attitude towards food is important,” he says.

All Pollan’s rules point towards the widely held belief that we should and can easily eat as naturally, locally, seasonally and fairly as possible, as often as possible. That he, and other lesser-known food writers before him, feel driven to write guides like ‘Food Rules’ is a sad indictment of the lack of respect we have for our food, our environment and ultimately our own bodies.

Readers of Pollan’s other works will not learn anything new in Food Rules. But they will have a handy set of instructions to pass onto those who do not know as much about the high cost of low price food. This good book, like good food, is an investment worth making.

Food Rules: An Eater’s Manual by Michael Pollan (2009) is published by Penguin and is now available in bookstores.