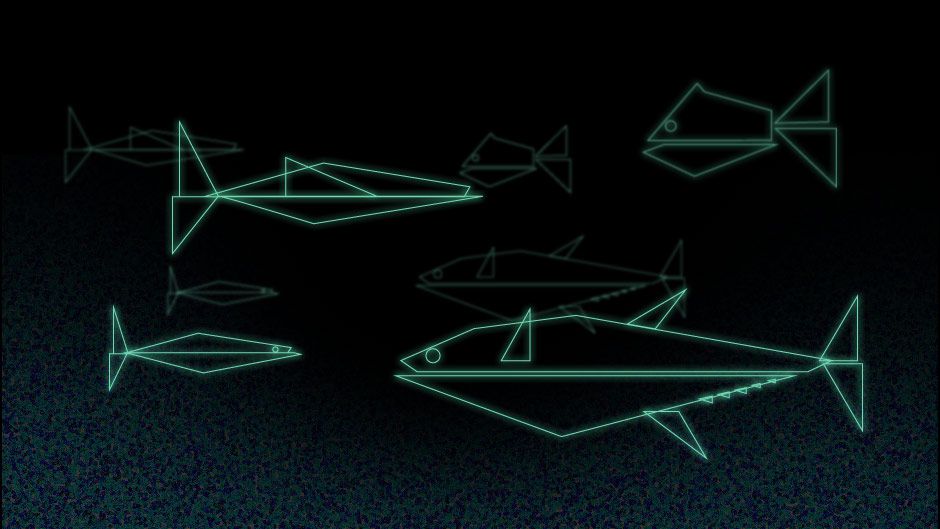 “What we have seen up until now, with both the exploitation of wild fish and the selection and propagation of domestic fish, is a wave of psychological denial of staggering scope.”

American author and passionate fisherman Paul Greenberg does not mince his words in his New York Times bestseller Four Fish: the Future of the Last Wild Food.

Greenberg provokes fish-catchers and fish-eaters to rethink everything they ever thought about fish: there are not plenty of fish left in the sea; and no, aquaculture alone is not the answer; and no, that salmon is neither wild, nor fresh, nor sustainable.

Humans have already catalogued 230,000 species of marine life, some of which are abundant and some of which are near extinction.  It is easy, therefore, for anyone writing to the “average modern seafood eater” about sustainable fish to get caught up in complex data and tricky scientific names.

Instead, in the same vein as popular food writer Michael Pollan who focused on “a natural history of four meals” in the best-selling Omnivore’s Dilemma, Greenberg hones in on four key fish species that are representative of humankind’s relationship with fish.

He chooses wisely with the highly domesticated “king of fish”, salmon; the unlikely farmed “holiday fish”, sea bass; the industrially persecuted “everyday-fish”, cod; and, finally, the powerful, wild and sushi-providing bluefin tuna. According to Greenberg, what connects these four fish together is that they “satisfy whimsical gustatory predilections rather than the requirements of sound ecologically based husbandry”.

Each of these species has been victim to humankind’s tendency to extract from and manipulate, rather than work within the confines of, nature. Each species has suffered a similar fate in the wild with declining and, in some cases, collapsed stocks. For the future, the reactionary domestication of each species (aquaculture) is putting pressure down the food chain as excessive amounts of fish feed are required.

In order to hook his audience, Greenberg focuses on powerful academic concepts such as “shifting baselines”. Shifting baselines is the idea that “every generation has its own, specific expectations of what ‘normal’ is for nature, as baseline. One generation has one baseline for abundance while the next has a reduced version and the next reduced even more, and so on and so on until expectations of abundance are pathetically low”.

[quote quote=”Greenberg compels us to put our faith in scientific knowledge on sustainable fish and support no-catch zones, rather than rely on consumer habits to change.” type=”image” image=”2364″ ] 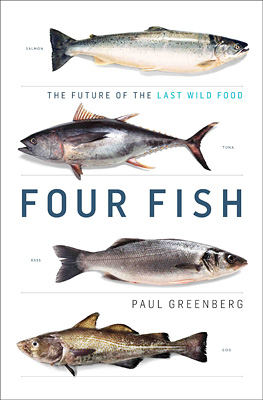 The concept is the brainchild of respected French-born marine biologist Professor Daniel Pauly. However, Greenberg brings a different type of credibility to the subject as someone who has fished avidly since his childhood days in Connecticut. Over his lifetime, Greenberg’s views on overfishing have matured as he has witnessed previously abundant cod and other fish stocks decline.

While Greenberg loves fishing, he is very much motivated by the idea that his daughter can enjoy the fruits of the ocean too. By sharing his personal experiences and feelings, he endears himself to other fish-catchers and fish-eaters who might ordinarily resent suggestions from “armchair environmentalists” (as he puts it) that they catch or eat less fish.

Admittedly it’s always easier to stomach the truth from one of your own and Greenberg leverages the reader’s trust. He compels us to put our faith in scientific knowledge on sustainable fish and support no-catch zones, rather than rely on consumer habits to change.

Unless humanity has a collective epiphany, demand for fish will continue to rise and wild fish stocks will continue to fall. Greenberg, therefore, attempts to move the debate about the future of fish towards aquaculture, the great wildcard in the game of sustainable fishing. He neither casts aquaculture as the potential saviour nor the potential destroyer of ocean life. That of course depends on what fish is farmed, how farm pollution is managed and importantly, the feed conversion ratio — i.e., how many pounds of wild fish are required to produce a pound of farmed fish.

[quote quote=”It appears that nobody is 100% confident that aquaculture models are truly sustainable in the long term, either environmentally or economically.” type=”text” ]

Instead, he argues cautiously that a delicate balance of good aquaculture (based on fish with low feed ratio conversions) and sustainable wild fishing may be the only way to provide the world with enough fish protein into the future.

Globe-trotting fisheries entrepreneurs from Hawaii to Norway, interviewed by Greenberg, also claimed to be motivated by a quest to feed the world. Yet, despite the unbridled enthusiasm for aquaculture held by many of them, deep down it appears that nobody is 100% confident that aquaculture models are truly sustainable in the long term, either environmentally or economically. Even iconic Canadian environmentalist David Suzuki does not seem convinced, even if he admitted recently, controversially, that “farming may be our only option”.

Greenberg acknowledges that even with the most efficient aquaculture, there will be impacts from cultivating more and more fish feed from terrestrial sources — e.g., by growing soybeans at the expense of the Amazon rainforest. This was one area Greenberg could have explored more. (Although, to be fair, he does point out that the world’s protein can be more efficiently produced by farming certain fish rather than livestock and poultry.)

Four fish of the future

The concept of shifting baselines also applies to fish that appear on our plates. If Greenberg’s predictions are any guide, tomorrow’s four fish could include species with more efficient feed-conversion ratios like barramundi, tra, tilapia and kahala.

He also touches briefly upon genetically modified fish, such as the pioneering growth-hormone boosted AquAdvantage salmon, that could one day be standard fare for future generations.

“If your goal is to grow the most salmon by using the least amount of feed, then logic dictates genetic manipulation to be the best avenue.”

Still, he remains politically aware of the risks of concentrated ownership and unintended consequences of hasty technological progress. His own fishing story assures him that local, sustainable polycultures are a safer bet.

“A solution, of course, would be for those who don’t live in salmon country to stop eating salmon altogether and eat smaller fish that have a smaller footprint on the sea.”

For fish-catchers and fish-eaters, particularly those in psychological denial about the state of global fishing, Four Fish is an essential and engaging read.

Four Fish: The Future of the Last Wild Food by Paul Greenberg is published by Penguin Press. Information on buying the book can be found here.

Four Fish, but for how long? by Mark Notaras is licensed under a Creative Commons Attribution-NoDerivs 3.0 Unported License.