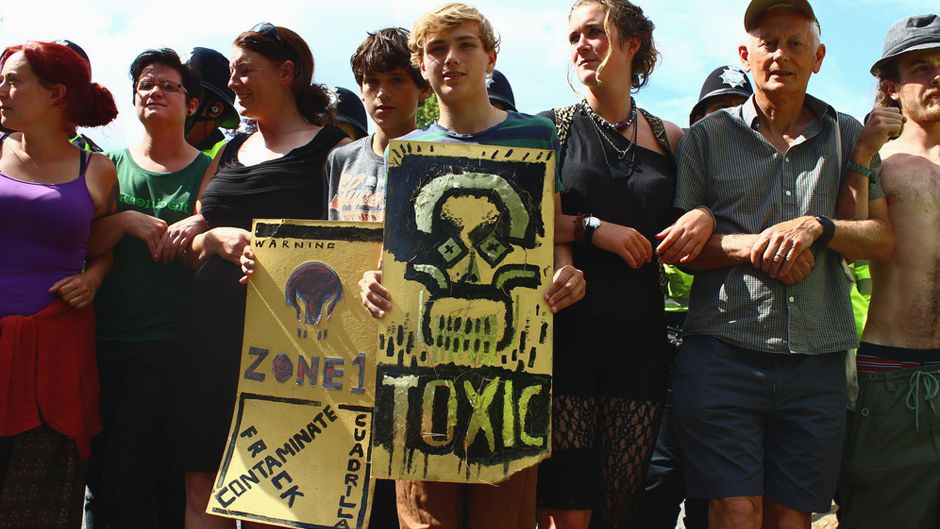 Fracking carries potential risks on a par with those from thalidomide, tobacco and asbestos, warns a report produced by the UK government’s chief scientific adviser.

The flagship annual report by the UK’s chief scientist, Mark Walport, argues that history holds many examples of innovations that were adopted hastily and later had serious negative environmental and health impacts.

The controversial technique, which involves pumping chemicals, sand and water at high pressure underground to fracture shale rock and release the gas within, has been strongly backed by the government with David Cameron saying the UK is “going all out for shale”.

“In all these and many other cases, delayed recognition of adverse effects incurred not only serious environmental or health impacts, but massive expense and reductions in competitiveness for firms and economies persisting in the wrong path.”

Thalidomide was one of the worst drug scandals in modern history, killing 80,000 babies and maiming 20,000 babies after it was taken by expectant mothers.

The chapter, written by Prof Andrew Stirling of the University of Sussex, also argues that the UK and the world could tackle climate change with energy efficiency and renewable energy alone but vested interests in the fossil fuel industry stand in the way.

There is a “clear feasibility of strategies built entirely around energy efficiency and renewable energy”, the report, published earlier this month, says. “Yet one of the main obstacles to this lies in high-profile self-fulfilling assertions to the contrary, including by authoritative policy figures.”

“In energy… the obstacles to less-favoured strategies [such as energy efficiency and renewables] are typically more commercial, institutional and cultural than they are technical. Among the most potent of these political obstructions are claims from partisan interests — such as incumbent nuclear or fossil fuel industries — that there is no alternative to their favoured innovations and policies.”

A spokesman for the Royal Academy of Engineering, which produced an influential 2012 report on shale gas with the Royal Society that concluded it could be safe if it was properly regulated, said the risks from fracking were very low.

“Our conclusion was that if carried out to highest standards of best practice, the risks are very low for any environmental contamination. The most serious risks come in the drilling and casing and surface operations rather than the fracturing itself.”

“You can’t eliminate the risk of something going wrong, but you can monitor very closely and be very open and transparent about what’s going on.”

On the chief scientific adviser’s report, he said: “I think he’s making a very broad and general point.”

Greenpeace UK’s energy campaigner, Louise Hutchins, said: “This is a naked-emperor moment for the government’s dash to frack. Ministers are being warned by their own chief scientist that we don’t know anywhere near enough about the potential side effects of shale drilling to trust this industry. The report is right to raise concerns about not just the potential environmental and health impact but also the economic costs of betting huge resources on an unproven industry. Ministers should listen to this appeal to reason and subject their shale push to a sobering reality check.”