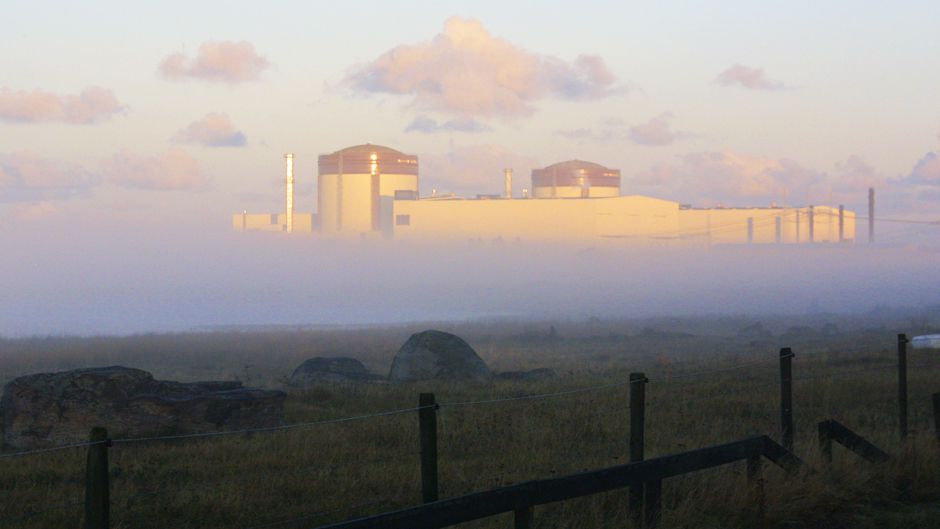 Japan is in “a complicated relationship” with nuclear energy. On the one hand, the nation has the darkest of pasts in relation to nuclear power, as it is the only country that was ever the victim of nuclear weapons.

On the other hand, Japan depends on nuclear energy to supply around 30% of its energy demands (as measured in terms of power output composition by source). With issues of climate change and peak oil becoming an increasing concern, Japan needs to look at what options it has for a sustainable future.

Film director Hitomi Kamanaka has been exploring this issue through a series of documentary films. Her most recent film, Ashes to Honey, is the latest chapter in her journey.

In the aftermath of the atomic bombings of Hiroshima and Nagasaki that ended World War II, the sentiment of the Japanese people was naturally anti-proliferation — a feeling that remains strong even today.

However, seeing the need to rebuild Japan and meet its growing populations’ demand for energy, the Japanese government in 1955 passed the Atomic Energy Basic Law that allowed for “the research, development and utilisation of atomic energy” for “peaceful purposes”.

Japan’s first commercial nuclear power reactor began operating in 1966 and now there are 54 nuclear reactors and one nuclear reprocessing plant helping to meet the energy needs of Japan’s 127 million people.

[quote quote=”While the government is pushing nuclear energy as a clean solution over fossil fuels, Japan’s relationship with “peaceful” nuclear energy has not been without turbulent storms.” type=”image” image=”2974″ ]

Today, with concern for climate change and peak oil increasing not only in Japan but globally, the current Democratic Party of Japan administration sees nuclear energy as an effective solution to cut carbon emissions in resource deficient Japan. In order to meet the goal of reducing green house emissions by 60% below 1990 levels by 2050, the Ministry of Economy, Trade and Industry (METI) issued an action plan on energy usage towards 2030. Along with halving the emissions produced by transportation and residences, the government’s plan is to build 14 additional nuclear reactors by 2030.

While the government is pushing nuclear energy as a clean solution over fossil fuels, Japan’s relationship with “peaceful” nuclear energy has not been without turbulent storms. In 1999, Tokaimura’s nuclear fuel-processing plant in north-eastern Japan suffered a uranium leak. As a result, two employees died and several hundred residents of the nearby town had to be evacuated.

Japan is also an earthquake-prone nation and since 2007 several processing plants have been closed for safety reasons. Individuals and organisations, such as Green-Action Japan, that are concerned with the potential harm of nuclear reactors are pushing for renewable energies.

Kamanaka is one such individual leading a burgeoning movement away from nuclear towards renewable energy. She has been addressing such concerns in her films since 1999 and this movement is growing around her film screenings.

Back in 1999, Hitomi Kamanaka was working for NHK Japan Broadcasting when she first heard that Iraqi children were going untreated in hospitals and dying of leukaemia and other such cancers. The stories were so powerful and disturbing that Kamanaka decided that she had to see the situation for herself. She travelled to Iraq where she found children dying due to a lack of medical supplies because of UN imposed economic sanctions.

A doctor informed her that the reason for the disproportional number of Iraqi children dying due to cancers was a result of low-level radiation exposure from depleted uranium shells used by United States armed forces during the Gulf War. Kamanaka felt driven to do everything in her power and that was to share the story of these Iraqi children with the rest of the world.

However, upon returning to Japan she found that her television producers thought the subject was too controversial and refused to air it. She then resolved to take her footage and make an independent film — Hibakusha: At the End of the World.

Kamanaka filmed and interviewed radiation victims on both the Iraqi and US sides of the conflict, as well farmers living downwind from plutonium manufacturing plants.

[quote quote=”In making this film, Kamanaka was hoping to alert the Japanese public of the realities of increased dependence on nuclear energy and while she did that, many viewing her film felt the situation to be hopeless.” type=”text” ]

These experiences are what prompted her to expand the Japanese term ‘hibakusha’, from its original meaning of atomic bomb survivors of Hiroshima and Nagasaki, to include all people suffering from radiation.

When Kamanaka returned to Japan, her journey on issues nuclear did not end there. She was spurred into further action having learned that depleted uranium was the waste product of nuclear energy. With Japan being third in the world in terms of the number of nuclear plants, she felt that her own energy consumption in Japan was affecting the very children she was trying to save in Iraq.

She felt propelled to continue her journey to get to the root of the issue; nuclear energy production and consumption.

Battle on the home front

In her second film Rokkashomura Rhapsody: A Plutonium Plant Comes to Northern Japan (2006), Kamanaka travels to the small town of Rokkasho in Aomori prefecture where a nuclear reprocessing plant is being built. She arrives just as the plant is nearing completion after 10 years of construction and interviews both those who are for and against it. The film shows how the villagers are weighing the pros, like the economic benefits of increased employment opportunities provided by the plant, against the potential cons of environmental and health hazards of radiation leakage.

In making this film, Kamanaka was hoping to alert the Japanese public of the realities of increased dependence on nuclear energy and while she did that, many viewing her film felt the situation to be hopeless.

“Without any clear steps of what to do next in Rokkasho and no change in the situation, and I thought that they (activists, the people) needed to be empowered,” Kamanaka told us.  That’s when she began a search for hopeful solutions to the energy crisis that Japan is facing.

In her latest film, Ashes to Honey, she asks “How is it possible to create a sustainable society?”

The film begins in the small island community of Iwaishima in Yamaguchi Prefecture where the local people have been blocking the construction of the Kaminoseki Nuclear Power Plant for nearly 30 years (though in 2008 the power company won a first approval that allowed it to only a few months ago begin an initial development stage). She then travels to Sweden, a country that has been trying to phase out its dependence on nuclear energy since 1980.

By showing many clear examples of how both politicians and individuals in Sweden are striving to lessen their dependence on fossil fuels and instead live off of alternative energy — solar, wind, biomass — Kamanaka hopes to inspire communities in Japan to start small and work towards taking control of their own energy production.

“If this can start happening simultaneously across the country, that would be ideal,” she said.

Since the film was completed in the first half of 2010, Kamanaka has been traveling the length of Japan, giving screenings to audiences in make-shift theatres. She finds that, while this work is much more demanding than airing the film once on television, the opportunity to bring people together and speak with audiences directly afterwards about the issues is worth it.

“The networks that are built during the after-discussions are priceless,” she told us.

Kamanaka plans to have the film screened abroad as well through film festivals with the first screening planned for Chicago in May of this year. In particular, she hopes that the film is screened and received well in other parts of Asia where Japan is attempting to sell their nuclear energy.

“There are many countries in Asia that have a tremendous amount of natural resources, so instead of relying on nuclear energy I hope that they can find ways to produce small-scale, low-technology, self-sustaining and decentralised energy. ” She gave particular mention to biomass energy made from cattle manure. “Cows will never stop pooping,” she jokes.

From the hospital beds of Iraqi children to the windmills of Sweden, Kamanaka is using the power of film to convey the message that it is possible to find a way live responsibly and sustainably.

From Ashes to Honey: Nuclear Alternatives by Megumi Nishikura is licensed under a Creative Commons Attribution-NonCommercial-ShareAlike 3.0 Unported License.