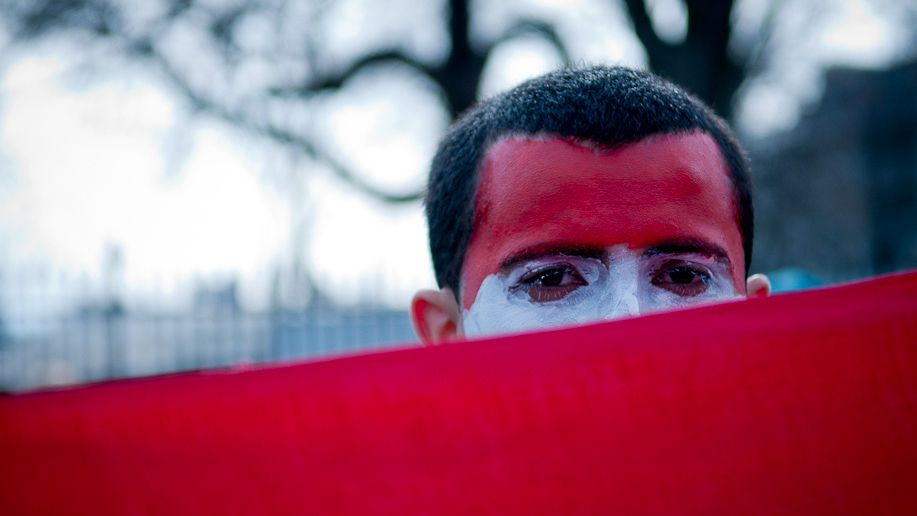 For most people outside of the North Africa and the Middle East, the Jasmine Revolution has mainly manifested in our TV news programmes with pundits expounding the role played by Facebook, Twitter and Google in facilitating the revolutionary wave that began in Tunisia.

So far, the unrest has had limited impact on the daily lives of people outside of the region, although some commentators hint at the protest contagion spreading to other countries such as China and North Korea.

There are some crucial points to reflect upon about recent events. First, just like with the 2008/2009 financial crisis, we have been yet again been caught by surprise. It appears that few commentators anticipated that national leaders in countries like Tunisia and Egypt could be toppled by the protests. There is something deeply concerning about the lack of foresight in today’s globalized world and how vulnerable this makes us. It seems that we have no idea how events will turn next — for better or worse. So we remain poorly prepared, for the worst-case scenario which could take the form of a new recession caused by a spike in oil prices.

Second, the protests are as much about food prices, unemployment and oil as they are about democracy, human rights, dictatorships or even the power of social media.  The food price increases that caused the protests in the first place and the high levels of unemployment in countries where the benefits of oil profits do not trickle down, will not go away as a result of toppling despots or through the institution of democratic elections. Even as the protests in Libya take the spotlight, we should still expect to hear more about the troubles in Tunisia, Egypt, and other countries in the region, because the underlying causes have not gone away.

Over the past few days, oil prices have risen dramatically. The common West Texas Intermediate (WTI) or Light Sweet Crude Oil index price rose by around US $10 a barrel in the last 2 weeks, topping the symbolic $100 mark for the first time since 2008.  Concerns have been expressed that we could see a historic high, around US $220 a barrel, if oil production grinds to a halt in Libya and Algeria.

[quote quote=”Even as the protests in Libya take the spotlight, we should still expect to hear more about the troubles in Tunisia, Egypt, and other countries in the region, because the underlying causes have not gone away.” type=”image” image=”3135″ ]

With continuing protests in Gulf countries like Yemen, Bahrain and recently Oman, some market analysts are beginning to mention the unmentionable. “What if the revolution spreads to Saudi Arabia?”

This could explain the recent return of the House of Saud’s 86-year-old monarch to the country after a period of absence and the announcement of a US $36 billion package designed to pacify people with interest-free loans, welfare benefits and debt forgiveness.

Saudi Arabia is often viewed as the one country that can offset oil production declines that follow on from natural disasters or from conflict situations. So the immediate reaction to the troubles in Libya has been for the Saudis to engage in emergency talks with European oil refiners on how best to cope with any expected shortfalls.

Analysts at Goldman Sachs, according to the Guardian, consider that the chance of the “contagion” of civil unrest spreading to the large energy producers in the Gulf is “relatively low”. But what if they are wrong? Are we prepared for an oil shockwave? Let us hope that government leaders and relevant bodies such as the International Energy Agency (IEA) are addressing this question.

Implications of an oil shockwave

The term oil shockwave relates to a policy war-gaming scenario played out by various US government agencies back in 2005. Under this scenario, hypothetical events, including civil unrest and terrorist attacks, affected oil production in Nigeria, Saudi Arabia and Alaska. One participant, former CIA director Robert Gates and current US Secretary of Defense, stated after the exercise that, “[t]he American people are going to pay a terrible price for not having had an energy strategy”, and, he continued “the scenarios portrayed were absolutely not alarmist; they’re realistic.”

What the exercise highlighted, according to the Washington Post, is that “tolerances are so tight between supply and demand, that even small disruptions in the delivery of oil and natural gas can cause cascades of unpleasant developments.”

However, in the period from 2005 to today, we have done very little to address this underlying vulnerability and perhaps the situation is worse as demand for oil has continued to grow in China, India and elsewhere. Rather than bringing about substantive changes to our energy security policies, oil shockwave, as a scenario, went on to become an educational tool to give “the next generation of thought leaders and policymakers across the world the opportunity to step into the roles of high-level government officials as they attempt to grapple with the economic, military and geopolitical ramifications of a global oil crisis.” Having let six years pass without real action, the chance of having to a real oil shockwave, rather than a simulation, has increased.

If you visit the IEA homepage you can see a recent post that states: “The IEA stands ready, as always, to make oil available to the market in the event of a major supply disruption if alternative supplies cannot readily be made available via normal market mechanisms.”

The IEA, representing 28 OECD countries, was founded in response to the 1970s oil crises and has the role of helping nations to respond to major disruptions in oil supply. If your country is not a member of this club, then it will have to find other means to respond to any potential oil supply crisis, although some coordination is taking place between the IEA and non-IEA countries.

At present, the IEA warns that less than 1% of global daily production has been removed from the market as a result of the troubles in Libya. In the advent of an escalation of these protests across the Middle East, and to Saudi Arabia in particular, the IEA countries have available “1.6 billion barrels of emergency oil stocks at their disposal, or in aggregate 145 days of import cover for IEA members”.

This is a short-term solution for emergencies that last only a few months and it is assumed that this does not include the stocks held by industry. Now, however, we are seeing the word “demand rationing” sneaking into the news media’s vocabulary. This suggests that even an oil production surge (dependant upon the amount of spare production capacity maintained) from IEA countries would not meet current demand.

The full-extent of how response measures could unfold can be found in the 2010 document from the IEA entitled Response System for Oil Supply Emergencies. Amongst IEA countries, transportation accounts for the largest portion of oil consumption (over half of all oil used). As such, many of the “demand restraint” measures target this sector — which could start off with public persuasion campaigns like “use the train, not your car” and lead to police enforced controls over the use of vehicles.

A breakdown of how each IEA country could respond to an oil shockwave can be found in a 2007 document from the same source. As we have mentioned previously, the situation is particularly difficult for Japan, which almost exclusively relies on the Middle East for its oil supplies, particularly from Saudi Arabia (27%) and the United Arab Emirates (20%).  Government and business leaders in Japan, some of whom may remember the panic buying and hoarding of food commodities during the 1970s oils shocks, are monitoring the situation in North Africa and the Middle East carefully. However, it seems that there is not much they can do except hope for the peaceful resolution of the protests.

It is clear that very significant measures to reduce oil consumption would be required. In 2005 the IEA published a report entitled  Saving Oil in a Hurry which gives us a hint of what responses may be possible. Most of these measures require some preparatory actions by government in order to be ready for implementation on short notice. Here is the list:

•    Encourage efficient driving styles.
•    Speed limit reductions/increased enforcement.
•    Increased provision of public transport and reductions in fares.
•    Emergency telecommuting programmes and work schedule changes.
•    Assistance with the formation of car pools (i.e., use the internet for this purpose).
•    Driving restrictions, such as odd and even licenses plate schemes (i.e. you can only drive on certain days depending on your plate).

There may be significant societal and productivity impacts associated with these but the ultimate goal is to save over one million barrels of oil per day across all IEA countries keeping in mind that the US consumes 18.6 million barrels each day.

At least one European Government, Spain, has already begun to take the necessary steps and has approved a raft of energy saving measures that aim to reduce oil consumption in preparation for continuing price rises.

The biggest challenge may be to ensure that the general public is aware of and responds positively to these measures. That is the big unknown — would the general public in IEA countries respond appropriately to an oil shockwave? Or, however unlikely it seems now, could the situation get bad enough that we see citizens reviving the blue, green and purple revolutions or even beginning a new one of their own colour?

From Jasmine Revolution to Oil Shockwave by Brendan Barrett is licensed under a Creative Commons Attribution-NonCommercial-ShareAlike 3.0 Unported License.