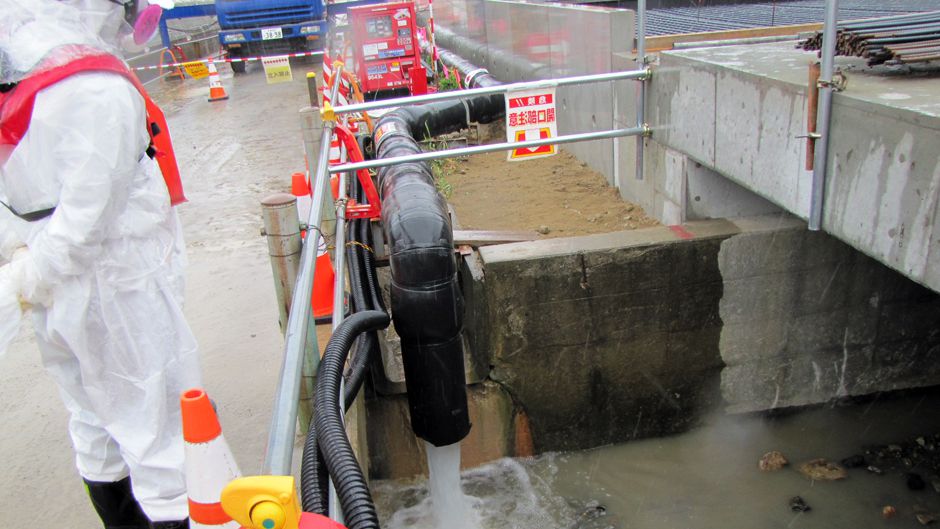 The operator of the wrecked Fukushima Daiichi nuclear power plant has started pumping groundwater into the Pacific ocean in an attempt to manage the large volume of contaminated water at the site.

Tokyo Electric Power (TEPCO) said it had released 560 tonnes of groundwater pumped from 12 wells located upstream from the damaged reactors. The water had been temporarily stored in a tank so it could undergo safety checks before being released, the firm added.

The buildup of toxic water is the most urgent problem facing workers at the plant, almost two years after the environment ministry said 300 tonnes of contaminated groundwater from Fukushima Daiichi was seeping into the ocean every day.

The groundwater, which flows in from hills behind the plant, mixes with contaminated water used to cool melted fuel before ending up in the sea. Officials concede that decommissioning the reactors will be impossible until the water issue has been resolved.

The bypass system intercepts clean groundwater as it flows downhill toward the sea and reroutes it around the plant. It is expected to reduce the amount of water flowing into the reactor basements by up to 100 tonnes a day — a quarter — and relieve pressure on the storage tanks, which will soon reach their capacity.

But the system does not include the coolant water that becomes dangerously contaminated after it is pumped into the basements of three reactors that suffered meltdown after the plant was struck by an earthquake and tsunami in March 2011.

The first groundwater release went ahead after TEPCO assured local fishermen that levels of radioactive isotopes were far lower than those permitted in drinking water by the World Health Organisation.

That water will continue to be stored in more than 1,000 tanks at the site, while officials debate how to safely dispose of it. The problem has been compounded by frequent technical glitches afflicting the plant’s water purification system.

TEPCO and the government are also preparing to build an underground frozen wall around four reactors to block groundwater, although some experts doubt the technology will work on such a large scale. The utility is also building more tanks to increase storage capacity.

Dale Klein, a senior adviser to TEPCO, recently warned the firm that it may have no choice but to eventually dump contaminated water into the Pacific. 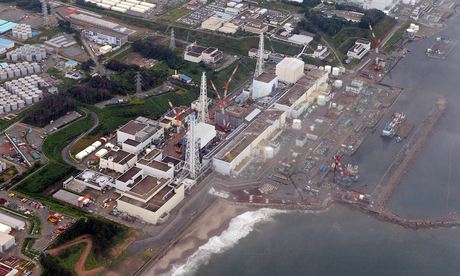 Fukushima Daiichi nuclear plant in Japan: the buildup of toxic water is the most urgent problem facing workers at the plant. Photo: © AP.

The first groundwater release went ahead after TEPCO assured local fishermen that levels of radioactive isotopes were far lower than those permitted in drinking water by the World Health Organisation.

TEPCO described the move as a “major milestone”, adding: “The water’s quality is monitored regularly by independent third parties using safety and environmental standards more stringent than those set by Japanese law.”

The release comes after a Japanese newspaper revealed that almost all of the workers who were at Fukushima Daiichi when a reactor building exploded in March 2011 panicked and fled, defying orders to remain at the site.

The small number of workers, along with firefighters, and soldiers — nicknamed the Fukushima 50 — who did stay behind, working in shifts around the clock to cool nuclear fuel, have been fêted for their heroics.

But the Asahi Shimbun, citing leaked transcripts of testimony from the plant’s then manager, Masao Yoshida, revealed this week that of the 720 workers present when a reactor building exploded on 15 March, 650 fled to another power plant about six miles (10km) away. Yoshida died of cancer last July.

While the Fukushima cleanup continues, government plans to restart some nuclear reactors were in doubt on Wednesday when a court ordered the operator of a plant in western Japan not to put the facility back online, citing safety concerns.

In a rare victory for anti-nuclear campaigners, the court in Fukui prefecture said Kansai Electric Power should not restart two reactors at Oi nuclear power plant.

All of Japan’s dozens of nuclear reactors are idle after being shut down for safety checks in the wake of the Fukushima disaster.

“Plaintiffs have rarely won. This is right in the middle of the restart process… it could have very well have repercussions,” said Aileen Mioko Smith, executive director of Green Action.

Kansai Electric said it would appeal against the decision.