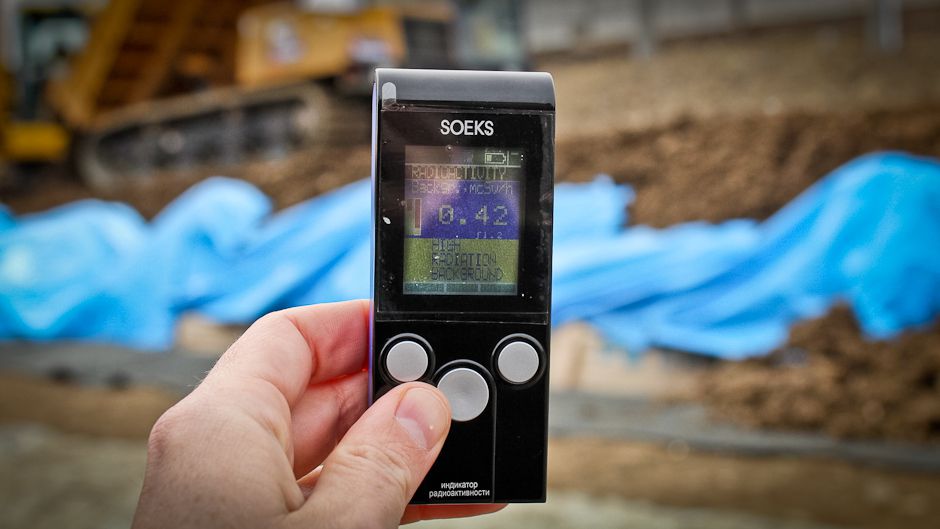 The cleanup after the catastrophic nuclear accident two years ago at the Fukushima nuclear plant in Japan is not going well. Radioactive cooling water is leaking into the ground from at least three vast storage tanks, and the vulnerability of the plant to further accidents was revealed when a rat chewed through an electric cable, cutting off vital cooling.

These setbacks come as a 12-man team from the International Atomic Energy Agency (IAEA) in Vienna tours the stricken plants to assess the country’s efforts to make safe, clean up and eventually dismantle the crippled reactors.

Within Japan there is alarm at the situation and criticism of the Tokyo Electric Power Company — Tepco.  Even government safety officials say the company is not demonstrating that it is competent in dealing with a problem that will probably take decades to solve, judging by other serious nuclear accidents.

Spent nuclear fuel, melted into lumps of unknown size, will remain dangerous for hundreds of years, and so far no one has devised a method of retrieving it.

Tepco admits only that the leaks are a “crisis” but says has it has kept the stricken reactors stable by injecting water continuously.  Without the water the spent fuel inside the reactors could overheat, causing another potential radioactive release.

But it is the massive amount of radioactive water that is becoming part of the problem, because it cannot be discharged into the sea without breaching international law and risking contamination of fish stocks.

Instead it is pumped into reservoirs that have been inadequately lined, and it is from three of these that the radioactive leaks of thousands of gallons are continuing. Pumping the reservoirs dry to solve the problem will take weeks.

Comments by Shunichi Tanaka, chairman of Japan’s Nuclear Regulation Authority, summed up the current situation: “The Fukushima Daiichi plant remains in an unstable condition, and there is concern that we cannot prevent another accident. We have instructed Tepco to work on reducing some of the biggest risks, and we as regulators will step up monitoring.”

Even without the leaks and the rats, just keeping the plant safe following the damage inflicted by the earthquake and tsunami two years ago is keeping 3,000 labourers busy. They work in difficult contaminated conditions in an area isolated from normal life. A large perimeter around the plant is off limits.

The 160,000 people who used to live nearby and were evacuated when the scale of the disaster became apparent, are unlikely to be allowed to return for years, if at all. There is still little information about the extent of the contamination.

More information about the perilous state of the four reactors damaged by the tsunami will be released when the IAEA produces its interim report on 22 April, but it is unlikely to be encouraging [editorial note: there is now a post-review update on the IAEA website].

Even without the safety fears, the costs of dealing with the problem will be enormous and a drain on Tepco’s finances for decades. How to bring the reactors to a safe, stable state remains an unsolved problem.

The last serious nuclear accident, Chernobyl in Ukraine in 1986, is still causing concern, and international efforts to make the reactor safe are continuing. That reactor exploded, spilling radioactive dust over a vast area of Europe. Again an exclusion zone was established while emergency repairs were carried out.

Today there is still a huge area known as the dead zone around the reactor while the international community pays for a scheme to try to keep the reactor safe for another 100 years or so. The initial cap or sarcophagus built to cover the reactor is in danger of crumbling and causing another radioactive release.

The latest plan to avoid this happening involves building a giant concrete arch that will be moved on rails over the stricken reactor to contain any further collapse. The arch is being constructed away from the sarcophagus to avoid the continuing radiation and will be wheeled over it.

At 270 metres across, 150 metres long and 100 metres high it is the largest moveable structure in the world.  There are hopes that it will be completed in 2015, but even this is seen as only a temporary solution. The cost is estimated at around $1.5 billion.

How long completely cleaning up a nuclear accident on the scale of Fukushima will really take is anyone’s guess. In 1957, before Chernobyl had even been built, there was a serious fire at Windscale in the United Kingdom at a reactor built to provide plutonium for Britain’s first generation of nuclear weapons.

The fire burned out of control for only three days before being extinguished. Fifty six years later, the melted fuel remains inside the reactor, or Pile Number One as it is called. Over the years several attempts to remove it and make it safe have been started and abandoned, on safety grounds.

The site remains guarded and monitored inside the Sellafield nuclear plant, as Windscale is now known, its future still uncertain, its lurking danger all but forgotten by the outside world.

That was one small reactor on fire more than half a century ago. The Fukushima accident involved four much larger reactors, but with similar problems — large quantities of melted fuel which have yet to be recovered. The present generation’s grandchildren may still be wrestling with the problem at the end of this century.