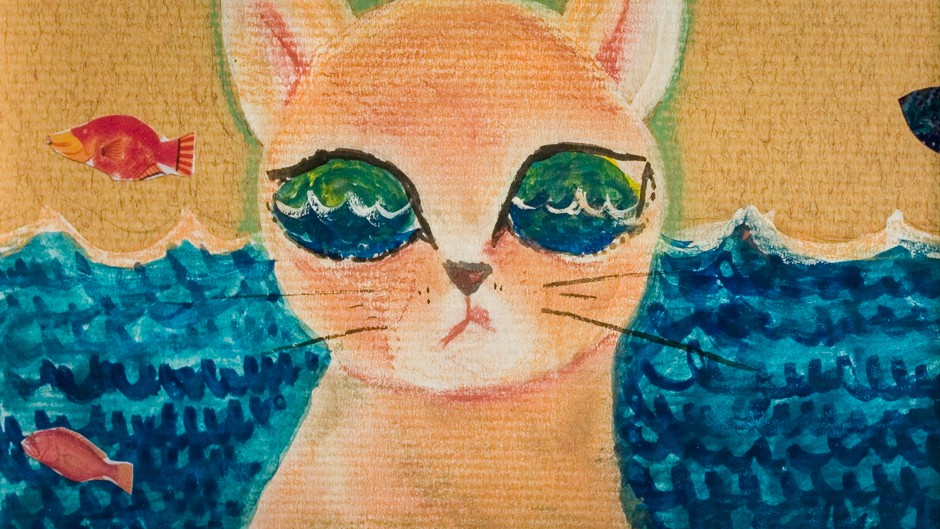 Eyes Welling Up by artist Kamo Sachiko, from the exhibition Postcards from Japan: A Message from Tohoku Artists. Photo: Dominic Alves. CC BY 2.0 (cropped).

A senior adviser to the operator of the wrecked Fukushima Daiichi nuclear power plant has told the firm that it may have no choice but to eventually dump hundreds of thousands of tonnes of contaminated water into the Pacific Ocean.

Speaking to reporters who were on a rare visit to the plant on the eve of the third anniversary of the March 2011 earthquake, tsunami and nuclear disaster, Dale Klein said Tokyo Electric Power (TEPCO) had yet to reassure the public over the handling of water leaks that continue to frustrate efforts to clean up the site.

“The one issue that keeps me awake at night is TEPCO’s long-term strategy for water management,” said Klein, a former chairman of the US nuclear regulatory commission who now leads TEPCO’s nuclear reform committee.

“Storing massive amounts of water on-site is not sustainable. A controlled release is much safer than keeping the water on-site.

“TEPCO is making progress on water management but I’m not satisfied yet. It’s frustrating that the company takes four or five steps forward, then two back. And every time you have a leakage it contributes to a lack of trust. There’s room for improvement on all fronts.” 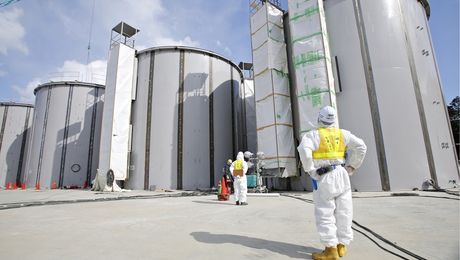 A worker at the Fukushima Daiichi plant looks at tanks, under construction, to store radioactive water. Photo: © Toru Hanai/AP

TEPCO’s failure to manage the buildup of contaminated water came to light last summer, when it admitted that at least 300 tonnes of tainted water were leaking into the sea every day.

That revelation was followed by a string of incidents involving spills from poorly assembled storage tanks, prompting the government to commit about US$500 million (£300 million) into measures to contain the water.

They include the construction of an underground frozen wall to prevent groundwater mixing with contaminated coolant water, which becomes tainted after coming into contact with melted nuclear fuel deep inside the damaged reactors.

TEPCO confirmed that it would activate an experimental wall at a test site at the plant on Tuesday. If the test is successful, the firm plans to build a similar structure almost 2 kilometers in length around four damaged reactors next year, although some experts have questioned its ability to use the technology on such a large scale.

Klein, too, voiced scepticism over the frozen wall solution, and suggested that the controlled release of treated water into the Pacific was preferable to storing huge quantities of it on site.

But TEPCO, the government and nuclear regulators would have to win the support of local fishermen, and the release of even treated water would almost certainly draw a furious response from China and South Korea.

“It’s a very emotional issue,” Klein said. “But TEPCO and the government will have to articulate their position to other people. For me, the water issue is more about policy than science.”

TEPCO is pinning its hopes on technology that can remove dozens of dangerous radionuclides, apart from tritium, internal exposure to which has been linked to a greater risk of developing cancer.

Klein, however, said tritium does not pose the same threat to heath as bone-settling strontium and caesium, and can be diluted to safe levels before it is released into the sea.

The Fukushima Daiichi plant’s manager, Akira Ono, said the firm had no plans to release contaminated water into the Pacific, but agreed that decommissioning would remain on hold until the problem was solved.

“The most pressing issue for us is the contaminated water, rather than decommissioning,” he said.

“Unless we address this issue the public will not be assured and the evacuees will not be able to return home.

“We are in a positive frame of mind over decommissioning the plant over the next 30 to 40 years, But we have to take utmost care every step of the way because errors can cause a lot of trouble for a lot of people.”

Currently about 400 tonnes of groundwater is streaming into the reactor basements from the hills behind the plant each day. The plant has accumulated about 300,000 tonnes of contaminated water, which is being stored in 1,200 tanks occupying a large swath of the Fukushima Daiichi site.

Eventually TEPCO hopes to have enough space to store 800,000 tonnes, but fears are rising that it will run out of space sometime next year because it can’t keep up with the flow of toxic water.

For visitors and workers alike, the journey to the plant begins at J-Village, a former training complex for the Japanese football team that now serves as the Fukushima cleanup’s logistical base.

During the 20-minute bus ride through neighbourhoods still bearing the scars of the earthquake and tsunami, there were signs that decontamination work is making modest progress.

Atmospheric radiation levels are falling, leading the authorities to partially lift evacuation orders in neighbourhoods on the edge of the evacuation zone.

Some of Fukushima’s 100,000-plus nuclear evacuees are now permitted to return to their homes during the day, but radiation levels are still too high for them to make a permanent return.

In the town of Naraha, where atmospheric radiation hovered around 2 microsieverts an hour on Monday — the official decontamination target is 0.23 microsieverts an hour — large black bags filled with radioactive soil cover fields once used for agriculture, where they will remain until agreement can be reached on a permanent disposal site.

Part of a railway line running along to coast is due to reopen in the spring, although stretches of track that pass through the most contaminated areas are expected to remain closed for years.

Inside Fukushima Daiichi, reporters were reminded of the frantic attempts by a small group of TEPCO engineers to save the plant from an even greater catastrophe in the hours after its power supply was knocked out by a towering tsunami three years ago.

In the control room for reactors 1 and 2, both of which suffered meltdowns, one worker’s attempts to record water levels by scribbling them on to a disabled control panel are still visible.

None of the unnamed men, who had to work by torchlight, are still at the site: some have retired, but most had to leave because they quickly reached their lifetime radiation dose limit.

“It is difficult to describe what that time was like for those workers,” said Kenichiro Matsui, a TEPCO official. “They worked tirelessly to save the reactors. They had a real sense of mission.”