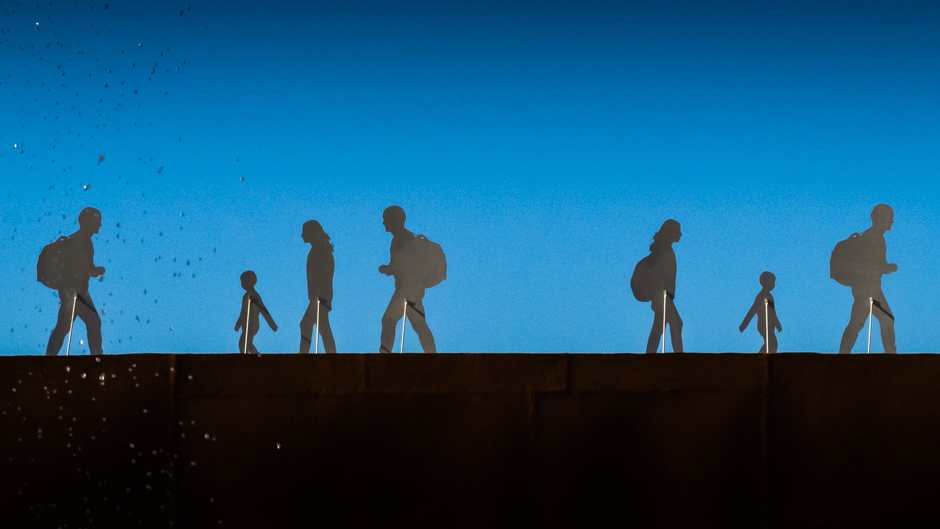 How on earth can a non-binding international agreement create a diplomatic crisis? Earlier this week, international leaders gathered in Marrakech, Morocco, to endorse the new Global Compact for Safe, Orderly and Regular Migration. In protocol terms, this was the single most important United Nations conclave of 2018 after the regular opening of the General Assembly. But many news stories have been about who failed to turn up. This global compact (known as GCM inside the UN) turned into one of the most divisive multilateral documents in recent times. The United States, Australia, Israel, and a series of European countries wholly or partially disassociated themselves from the agreement, claiming that it plans to boost rather than control global people flows.

In Germany, two of the three main contenders to replace Chancellor Angela Merkel as the country’s next leader have criticised the pact. The coalition governments of Belgium and Estonia had both threatened to split over whether to adhere to the agreement. This is silly. Given the political sensitivity of migration in Europe and the US, it is not surprising that a UN compact on the topic is controversial. But the GCM is not the sort of bargain that should destabilise states.

The new agreement is admittedly not an easy read. It involves some 23 clusters of intergovernmental commitments to manage migration, many of them written in diplomatic language that only hardened UN insiders can understand. Not everything in the document is necessarily the stuff of high-stakes international diplomacy. There is, for example, a promise to promote “culinary events” to help migrants integrate with their host communities.

Cut through the verbiage, however, and the Global Compact for Safe, Orderly and Regular Migration is actually a sensible framework for managing international tensions over migration.

Cut through the verbiage, however, and the GCM is actually a sensible framework for managing international tensions over migration. It calls for states that host migrants to respect their rights, offer them basic services, and let them flourish economically. But it also declares that migrants’ countries of origin should play a constructive role in facilitating the return of those who cross borders illegally.

Crucially, the GCM comes with no enforcement mechanisms or threats of penalties to those that do not follow it. As Anne Peters notes in an insightful legal analysis of the controversy, “the Compact cannot dictate any migration policy, because it is legally non-binding.” We know this because the GCM includes the bald statement that it is a “non-legally binding, cooperative framework”.

Some analysts counter that the Compact nonetheless enshrines principles that become the basis for later legal obligations. There are rumors that the Trump administration decided to quit negotiations over the Compact in December 2016 because one of the president’s advisers — the fierce nationalist Stephen Miller — stumbled across a blog post by a liberal lawyer making a version of this case.

It is fair to note that supporters of the GCM, including UN Secretary-General António Guterres, have advocated the progressive case of needing to make “migration work for all”, which makes conservative governments uncomfortable (Full disclosure: I worked as an editor on some UN documents relating to the GCM. I didn’t think we would destabilise EU members, but life is full of surprises.).

Nonetheless, as Peters notes, the GCM was quite clearly drafted to emphasize its non-binding nature. It is hard not to conclude that those governments and political parties that have rejected it are doing so for tactical political reasons. This entire episode raises three basic questions about the state of multilateralism today.

First, why would the Compact’s backers think that such a formally weak text would help manage global frictions over migration in the first place? Second, is the current controversy over the GCM specific to the issue of migration or is it indicative of a broader degradation of multilateral diplomacy? Third, can the GCM overcome this difficult birth to make a real impact on how the world treats migrants in the future?

When we look at the Paris deal and the SDGs, we immediately see that the Global Compact for Safe, Orderly and Regular Migration is part of a pattern of recent international agreements, which tend to be high on ambition and low on hard law.

To answer these questions, it is useful to look at some other recent UN agreements — like the 2015 Paris bargain on climate change and the Sustainable Development Goals (SDGs) — and also older examples of weak international bargains.

When we look at the Paris deal and the SDGs, we immediately see that the GCM is part of a pattern of recent international agreements, which tend to be high on ambition and low on hard law. Both the climate and development bargains rely heavily on non-binding political commitments.

The Paris accord is split into two parts: a non-binding “Decision” and an “Agreement” that includes binding clauses. As William Sweet notes in a helpful history of international climate diplomacy, a lot of the knottiest parts of the deal are stuck in the Decision. These include a promise of US$100 billion dollars of financing for climate adaptation in poor countries that was part of the Agreement section in at least three initial drafts of the text. This was shifted to the Decision section as negotiations came to a close.

The SDGs similarly contain bold language (“We commit to making fundamental changes in the way that our societies produce and consume goods and services”) but lack direct legal force. Paris, the SDGs and the GCM are all indicative of a trend in multilateral problem-solving towards broad commitments over firm pledges.

This is even observable when it comes to hard security. This September, over 150 UN member states signed off on a new set of commitments to promote better UN peacekeeping that has no legal force. Why is multilateral diplomacy heading this way?

There are a number of (broadly compatible) answers to this. One is that, even prior to the Trump era, the US Congress was so opposed to binding treaties that only weaker options were possible. Another is that the diffusion of power in the global system — which gives more states and blocs a real say in negotiations where they might have previously stayed passive — makes the transaction costs of more robust bargains unacceptably high.

Looking at the Paris compromise, Sweet quotes a Chinese expert’s observation that the balance between binding and non-binding language reflected both “US concerns about obtaining Senate ratification” and “anxieties about agreeing to legally binding provisions that might be hard to implement as well as politically dangerous”.

Ambitious yet legally non-binding bargains like the Global Compact for Safe, Orderly and Regular Migration may matter less because of their legal status than because they act as roadmaps and inspirations to diverse actors.

The political conditions for multilateral diplomacy have become markedly nastier since 2015. The Trump administration has walked away from a series of multilateral agreements of varying degrees of legal strength, including the Paris accord. European officials claim that Washington has been encouraging other UN sceptics such as Hungary, which was a constant critic of the GCM process, in order to cause more complications. Such encouragement notwithstanding, even liberal EU members have wanted to avoid making binding pledges on migration to avoid domestic attacks.

More substantively, it is arguable that global problems like climate change and migration do not lend themselves to the sort of state-based deals the UN once specialised in. To address global warming and people movements, it is necessary to pull together non-state actors like multinational corporations and city governments to handle complex policy issues that national authorities cannot solve.

Many US municipalities and firms have recommitted to the Paris climate agreement despite President Trump’s rejection of it. The GCM is full of references to partnerships with non-state actors and these were a major focus for discussions in Marrakech. Ambitious yet legally non-binding bargains like the GCM may matter less because of their legal status than because they act as roadmaps and inspirations to diverse actors. The UN is abuzz with talk of “narratives” and transnational networks as alternatives to state-to-state diplomacy.

So, for all its tribulations, the GCM may still be a precedent for future international agreements — a conceptual framework that multiple actors can buy into no matter what national leaders say. But the controversy over the Compact is also a warning for future diplomacy. Fostering transnational cooperation may look like a smart way to get around tough intergovernmental politics. Yet self-consciously nationalist/sovereigntist governments like those in Washington and Budapest see this sort of pragmatic internationalism as a threat to their own authority and political agendas.

These governments will aim to stymie not only large-scale multilateral diplomacy in New York and other UN cities, but also less structured forms of international cooperation. While migration is an especially polarizing issue, this year’s debate over the GCM could well foreshadow future battles about multilateralism, with populist leaders objecting to even very weak bargains.

The Global Compact for Safe, Orderly and Regular Migration provides a conceptual framework and political ammunition for those who would like to see a rational international approach to migration emerge over time.

Does this mean that non-binding agreements like the GCM are useless? The history of multilateral diplomacy suggests that opaque agreements can prove valuable. Peters cites the example of the Conference on Security and Co-operation in Europe (which became the Organization for Security and Co-operation in Europe, or OSCE, in 1994) as an example. The Western and Soviet blocs hammered out this non-binding European security framework as the “Helsinki Final Act” in 1975. It included clauses on human rights and humanitarian issues that inspired democracy activists in the Warsaw Pact — and liberalisers like Soviet leader Mikhail Gorbachev — in the last years of the Cold War. Yet, even now, the OSCE “does not have a founding treaty and does not enjoy international legal personality”. Ostensibly weak deals can deliver real results if given time.

Delegates headed to Marrakech could, therefore, have done worse than pack a copy of The Final Act, a definitive new history of the Helsinki negotiations by Canadian historian Michael Cotey Morgan, for their in-flight reading. Though it is dangerous to draw excessively precise comparisons between different diplomatic processes after a forty-year gap, Morgan notes that the negotiators of this Cold War agreement concluded that they could only achieve “a major diplomatic agreement [that] lacked a treaty’s legal implications”. Influential Western commentators wrote off the result as a flop. Dissidents in the communist bloc also viewed the Act’s humanitarian elements with disdain. Yet, over time its main elements — including the principles of freedom of expression, belief, and movement — offered essential points of reference to those who desired reforms.

The GCM could ultimately play a similar role. It provides a conceptual framework and political ammunition for those who would like to see a rational international approach to migration emerge over time. The politics around the Marrakech conference were unpleasant. There is no reason to think that the ideas in the GCM will evolve into legally-binding commitments in the near future. But the compact’s critics may be right to worry that the principles could gain weight over time. International migration, like climate change, will be a global reality far beyond today’s political spats. The GCM’s main proposals for managing this process will remain relevant and gain urgency. The politicians, diplomats, and advocates who gathered in Marrakech should not fret too much about those frictions. These negotiations may help set the stage for something better and greater.