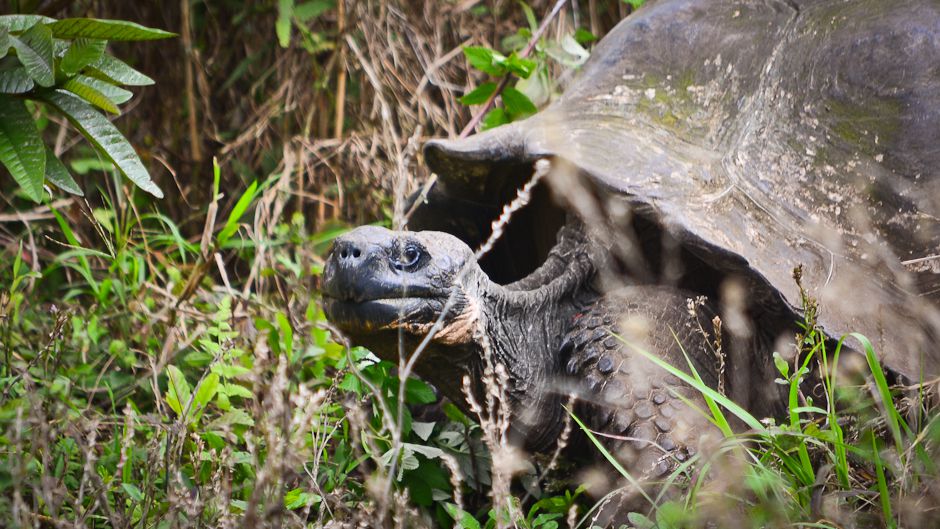 Scientists have successfully reintroduced giant tortoises to a Galápagos island where the species once teetered on extinction, raising conservation hopes for the rest of the archipelago.

A survey of Española, the southernmost island, confirmed last week that a pioneering effort to repatriate giant tortoise hatchlings has produced a thriving, reproducing population of more than 1,500 specimens. The project aims to turn the clock back to before human beings all but wiped out a species that helped to inspire Charles Darwin’s theories on evolution and natural selection.

“It’s a great end to a sad story,” said Johannah Barry, president of Galápagos Conservancy, a Virginia-based organisation which partly funded the study.

Preliminary results of the survey, conducted over 10 days by 24 wardens from the Galápagos national park authority, found that albatross, cactus and woody vegetation had also partly recovered, restoring the island to something akin to what Darwin saw two centuries ago.

[quote quote=”The project’s success has bolstered a plan to ‘re-tortoise’ another island, Pinta, with the same species in the hope of re-creating a ‘pre-human’ balanced ecosystem.” type=”text” ]

A giant tortoise (Geochelone hoodensis) population that in the 1970s had dropped to about 15 was once again a common sight on the island, said Washington Tapia, a park official who led the survey, which used electronic devices to track the animals. “During the expedition we found nests, recently hatched tortoises, and adults born on Española, which indicates that the tortoise population is doing well.”

The population now numbered between 1,500 to 2,000, said Linda Cayot, a scientific adviser to Galápagos Conservancy. “We will have a much better idea when the survey results are compiled.”

The original population was thought to number up to 5,000 before becoming a vulnerable source of fresh meat for passing sailors.

The project’s success has bolstered a plan to “re-tortoise” another island, Pinta, with the same species in the hope of re-creating a “pre-human” balanced ecosystem. The scattering of rocky, volcanic islands 600 miles west of mainland Ecuador are a Unesco world natural heritage site and home to dozens of endemic species found nowhere else. Some 95%  of the territory’s 3,000 sq miles is a protected area.

“It’s completely amazing, one of the few places where you can actually see evolution happening in real time,” said Henry Nicholls, ambassador for the Galápagos Conservation Trust. He welcomed the recovery of Española’s giant tortoise population. “They are a flagship species which capture the public imagination.”

For much of the 20th century the archipelago was a symbol of human destruction. After sailors ran out of tortoises to eat, they introduced goats to several islands. From numbering just a handful the new arrivals multiplied into thousands, then tens of thousands. They stripped vegetation and made the islands uninhabitable for the few remaining tortoises and other endemic species.

Authorities decided to cull the invaders in the 1970s with teams of marksmen, but some goats survived, bred and perpetuated the problem until the 1990s when helicopters, dogs and radio tracking devices were used. The breakthrough was using “Judas” goats fitted with electronic collars to pinpoint the elusive herds.

“Every month they would go back, shoot all of them except the Judas, go back a month later, shoot again and so on, until it was just the Judas left. Then it was shot,” said Nicholls.

The threat to the islands’ endemic species meant there was little protest over the goat slaughter.

Lonesome George to the rescue?

“There was little public outrage because it was seen that the tortoises were at risk,” said Barry. Scientists moved 15 giant tortoises — among the last survivors of the species — from their ruined Española habitat to a captive breeding programme. As the goats were eradicated, progeny from the breeding programme were reintroduced to the island.

“Tortoises have begun to play their role as ecosystem engineers,” said Tapia, leader of the island survey. “We can say with certainty that the ecological integrity of Española is being re-established.”

A similar plan to repopulate Pinta, on the northern end of the archipelago, is now under way. However, the only surviving Pinta tortoise is Lonesome George, who has failed to reproduce despite decades in a captive breeding programme.

[quote quote=”We can say with certainty that the ecological integrity of Española is being re-established.” author=”Washington Tapia, survey leader” type=”text” ]

Rather than wait to see if George produces offspring over the next few decades, scientists have decided to introduce Española tortoises — the closest genetic match to their Pinta cousins — to the island. The first 39-strong batch plodded on to their new home in May. They are sterile and will be closely monitored. If all goes well, they will be followed by fertile tortoises.

Nicholls, author of a book on Lonesome George, said the Galápagos’s most famous bachelor may yet sire an heir.

“There have been so many surprises with George’s story I wouldn’t rule it out. And time is on his side.” He added: “When it comes to conservation of island biodiversity, goats are pure evil. They reproduce at an unbelievable rate and completely destroy the native plants. The eradication of goats from most of Galápagos is nothing short of incredible. It is the most ambitious, most successful goat eradication campaign waged anywhere in the world.”

This article originally appeared on  the Observer on and was published on guardian.co.uk at on Sunday 27 June 2010.

Rory Carroll is south America correspondent for the Guardian