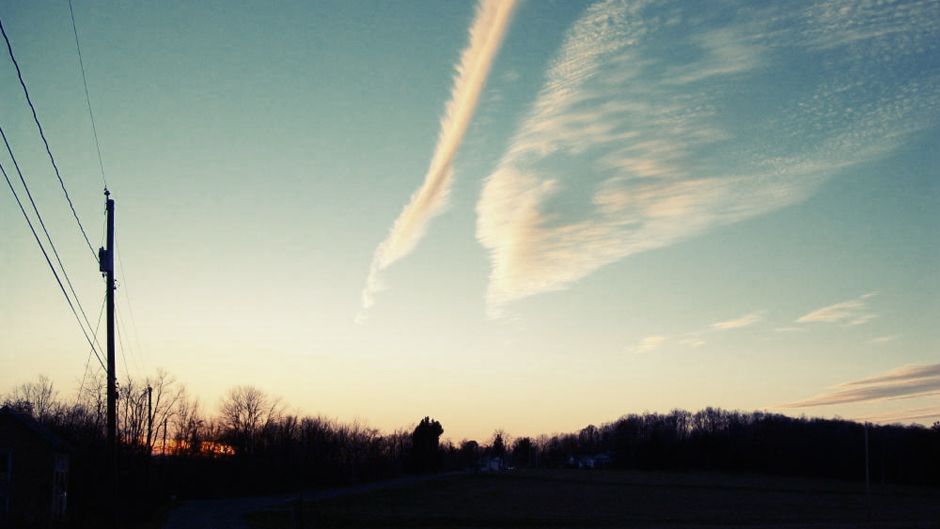 In a recent issue of Science, Edward Parson and David Keith put forward a plan to ‘end the deadlock on governance of geoengineering research’. Like geoengineering research itself, the question of governance is in its infancy. It is not apparent that rival camps with well-developed but conflicting proposals have emerged, but Parson and Keith discern a ‘deadlock’ and have a plan to end it.

Before presenting their plan, they set up the situation as one riven by ‘extreme’ positions between which theirs falls as a middle-of-the road proposal. One ‘extreme’ is that of some NGOs, whom they characterize as ‘abolitionists’ categorically opposed to all research. They could be thinking only of the ETC Group as no other NGO is campaigning on geoengineering. In fact, even the ETC Group accepts that some geoengineering research should be permitted in the right regulatory environment. The ETC Group has played an important role in advocating for restrictions on geoengineering schemes at the Convention on Biological Diversity, but has not advocated a ban.

The authors frame their own advocacy as ‘sound management of climate risk’, the reasonable alternative to the ‘abolitionists’ and the ‘reckless rogues’. It purports to recognize that in order to acquire a social licence to operate those who want to carry out SRM experiments, including David Keith himself, must accept some kind of public oversight. Yet their proposal is best seen as part of a push for minimalist, ‘light touch’ regulation proposed by those who defend the view that scientists should be trusted to do their work.

So what is Parson and Keith’s plan to break the ‘deadlock’? It is a plan for regulating geoengineering schemes classed as solar radiation management rather than carbon dioxide removal, even though ocean iron fertilization experiments have generated most controversy.

They begin with the apparently plausible principle that ‘large interventions need more control than small ones’ and develop a plan that links the degree of regulation to the degree of measurable physical impacts of proposed research projects. In particular, they recommend that, beyond prevailing requirements for all scientific research in various jurisdictions, SRM experiments should not be subject to any new forms of regulation if they would affect radiative forcing by less than 10-⁶ Wm-² each year.

For these small-scale experiments they support self-regulation, along with a mechanism for transparency in the form of an international research registry. On the other hand, they do propose some unspecified international collaboration to outlaw ‘rogue’ experiments, those that risk bringing legitimate researchers into disrepute.

For large-scale experiments that cross a threshold of 10-² Wm-² Parson and Keith support a moratorium until the need for them can be established. They put forward no proposals for the ‘hard governance issues’ thrown up by projects that fall between the low and high thresholds, claiming (without support) that only the two tails need urgent action.

Why it will not work

What is wrong with this plan? Parson and Keith propose regulation according to technical criteria, as if the only risks that matter are physical impacts on the environment. Yet the history of major new scientific research programs (such as genetic modification of organisms, nanotechnology and stem cell research) tells us that the political and social risks of new technological paradigms are often more important than any potential physical harms.

The reasons are diverse but in the case of geoengineering there are two principal kinds of non-physical risk. The first is the risk of technological lock-in, which in this case is the concern that once research activity in geoengineering crosses a threshold it will gain so much momentum that it will be hard to stop. Once a scientific, commercial and political constituency forms, the dangers of climate engineering technologies may be downplayed, ignored or suppressed. There are good reasons for believing that this risk is significant.

The second risk is related to the first. If a research program normalizes geoengineering as a solution to climate change then it may reduce the incentives to abate greenhouse gas emissions. This ‘moral hazard’ argument is perhaps the foremost concern of those who are sceptical about geoengineering as a response to climate change, who fear political leaders will take the easy way out if given a chance.

These two concerns testify to the risks of the cumulative impacts of research projects. Every individual research project may fall below the regulatory threshold proposed by Parson and Keith yet together a handful of projects may change the political and social environment for geoengineering research. As their plan takes no account of these risks it is unlikely to gain any traction.

An early, comprehensive and transparent governance structure — in which the concerns of developing nations, for example, could find expression — would serve to temper any rush into insufficiently proven geoengineering schemes and act as a counterweight to the pro-geoengineering constituency that is already taking shape.

Politics cannot be wished away

It is a deeply held view among scientists that research can be isolated from the sullying effects of ‘politics’. It is believed that after the knowledge has been generated by objective research then politics and ethics can come into play to govern how it might be used. The position is often put implicitly in defence of geoengineering research.

In addition to being self-serving, the argument that a boundary can be drawn between doing research and making policy ignores a wealth of evidence to the contrary. Conceptually, it is impossible to separate decisions about what is studied and how it is studied from funding levels, funding sources, institutional priorities, publication aims and complex decisions about what to report and how to report it, so that facts are ‘constructed’ in the sense of being shaped by a variety of specific circumstances.

In practice, it has been argued that society can more easily influence the direction of a new technology in its early phases but that, once it becomes entrenched, society has less control because its momentum is driven by the internal dynamics and incentives of the research community, backed by external parties and institutions that have acquired an interest in it.

So before it begins and once it starts, geoengineering research is saturated with politics. After all, ‘Plan B’ is now being researched only because of the dramatic failure of governments to agree on ‘Plan A’. The fact that Plan B is attracting support from political actors who have explicitly repudiated climate science and campaigned against emission reductions also speaks to its undeniable political context. Moreover, there is a well-founded concern that any program of research into geoengineering, irrespective of its environmental impacts, may itself make deployment more likely.

To imagine that some kinds of geoengineering research can be quarantined from societal concern and demands for regulation, as Parson and Keith do, requires a belief that pure research can somehow be precipitated out of a social solution using the power of ‘objectivity’ as the precipitant. Yet the history of geoengineering itself shows this to be untrue.

For many years the climate science community accepted that all geoengineering research had political implications. Prior to the pivotal 2006 intervention by Paul Crutzen, which ‘opened the floodgates’, there prevailed a near-unanimous taboo against geoengineering research precisely because of anxieties about the political uses to which it could be put. Those scientists who shunned geoengineering did not accept that ‘more information is always a good thing’. In breaking the taboo Crutzen was subject to severe criticism from his peers.

So the risks associated with geoengineering research are principally social and political. Those risks cannot be measured in Wm-². Nor can the appeal to objectivity sweep away the essential practical and ethical concern that scientists are not entitled to conduct research into geoengineering in the absence of means to control its deployment. In short, and contrary to those who call for an unregulated zone, governance of geoengineering should precede research.

Geoengineering: Governance Before Research Please by Clive Hamilton is licensed under a Creative Commons Attribution-NonCommercial-ShareAlike 3.0 Unported License.
Permissions beyond the scope of this license may be available at http://clivehamilton.com/.

The Frightening Politics of Geo-engineering