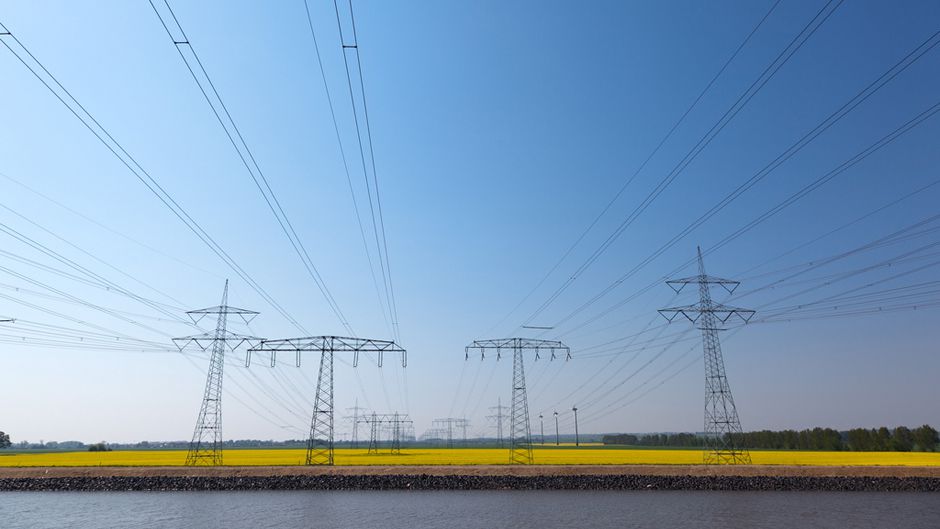 To hear its critics tell it, Germany’s ambitious push to switch over to renewable energy has delivered an electrical grid that’s capricious, unreliable, and prone to blackouts. But according to data highlighted by ECO Report this month, the reality on the ground couldn’t be further from that caricature.

And the country has actually maintained this record for several years: 2008 was the last year in Germany when the amount of minutes lost per customer breached 16.

ECO Report pointed to a recent article in Bloomberg as an example of the standard story on Germany. The argument goes that by making a big policy push to move the electrical grid onto to renewables like solar and wind — which produce power intermittently, since no one can control when the sun is out or the wind blows — and by making the purely political decision to phase out its nuclear fleet following the Fukushima disaster, Germany has left itself without the kind of reliable baseload power that can only be provided by nuclear reactors or fossil fuels like natural gas and coal.

As Bloomberg points out, Germany’s domestic electricity has become far more dynamic. Twenty of the country’s biggest utilities are now earning fees in the balancing market, an exchange where firms can earn additional profits by pledging to add or cut electricity within seconds to keep the power system stable. That’s double the amount of utilities that were participating in the balancing market just back in September — and the fees provided by the market can pay utilities as much as 400 times what they’d usually earn with wholesale electricity prices.

The assumption is that an electricity system that is constantly switching rapidly between different electricity sources and providers, with big swings in price, must result in an unreliable experience for the average German consumer. The data from the Council of European Energy Regulators shows that’s not the case.

The unspoken assumption, then, is that an electricity system that is constantly switching that rapidly between different electricity sources and providers, with swings that big in price, must result in an unreliable experience for the average German consumer. The data from the Council of European Energy Regulators shows that’s not the case. The crazed internal dynamics of Germany’s grid may be stressful for its operators. But the country has managed to stitch all those changes together into a remarkably consistent and reliable stream of electricity for German customers.

There’s plenty of precedent for how this could work. Studies and demonstration projects have shown that by stitching together a diverse portfolio of renewables, and filling in the gaps with a modest amount of natural gas or coal that can be fired up when needed, grids that rely primarily on renewables can actually provide a level of reliability equal to that of traditional fossil-fuel-dependent grids.

For one thing, it’s not completely impossible to predict when wind power, for example, will be available. Operators can generally get a pretty reliable 24-hour notice, meaning they know when to fire up fossil fuel generators to tied the grid over.

Another big reason for this is that there are lots of different forms of renewable energy, and their differences can be complimentary. Hydro and geothermal power, for instance, can effectively provide continuous baseload power just as easily as fossil fuels or nuclear. And while solar obviously produces its power in the daytime, much of the wind blows at night — meaning that solar and wind power can, to an extent, naturally compliment one another in terms of when they feed the grid.

Germany is certainly not out of the woods yet, however. All the added cost from that switching means Germans face higher electricity prices than their European neighbours along with enjoying a greater level of reliability. And in the short-term, at least, the demands of Germany’s internal switching has driven a modest increase in the percentage of the power it gets from coal, by far its heaviest source when it comes to carbon dioxide emissions. Meanwhile, cleaner sources like nuclear and natural gas have declined. In particular, the country’s decision to shutter its nuclear power out of fears of a Fukushima-like disaster has been a self-inflicted wound on the affordability of Germany’s power supply.

Assuming that Germany can keep up the pace at which it’s adding renewables and that storage technology advances to the point it can help out more, then many of Germany’s current issues should smooth themselves out.

Jeff Spross is a reporter and video editor for ThinkProgress.org. Jeff was raised in Texas and received his B.S. in film from the University of Texas, after which he worked for several years as an assistant editor in Austin and Los Angeles. During that time Jeff co-founded, wrote and produced The Regimen, a blog and podcast dealing with politics and culture. More recently, he has interned at The American Prospect and worked as a video producer for The Guardian.