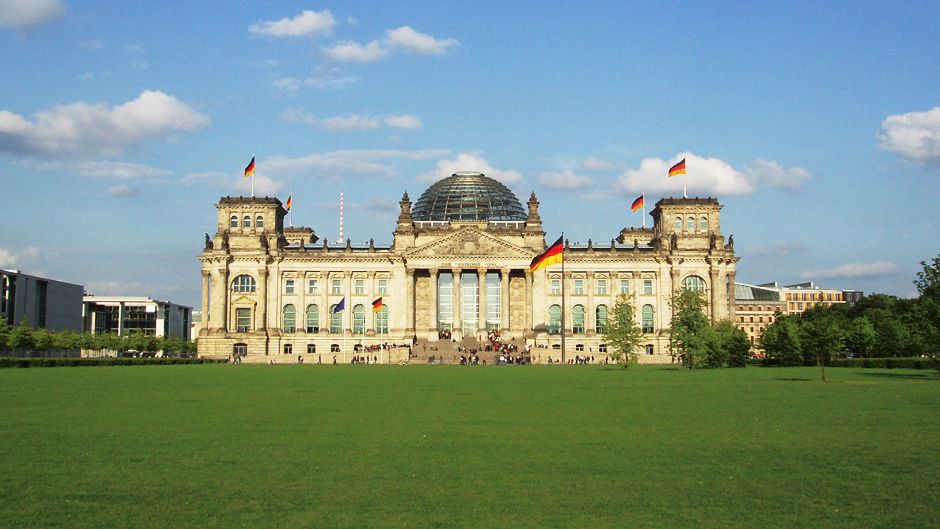 In 2009, 16.1% of total electricity consumption in Germany was from renewable sources, especially wind power, but also solar photo-voltaics and biomass.

In this nation of more than 80 million people, the speed of change is more telling than the actual percentage. The current figure is up from just 4.7% in 2000 and this share is expected to reach 30% by 2020.

This transformation has been achieved through Germany’s Renewable Energy Sources Act. The Act has put in place a feed-in tariff system that mandates that grid operators pay for renewable energy fed into the electricity supply.

Feed-in tariffs, effectively subsidies to encourage investment into the renewable industry, have been resisted by other, more market driven economies (and incidentally more fossil-fuel dependent economies) such as the United States and Australia.

The most common argument against making a great transformation to a greener economy is that many jobs, especially in traditional energy related industries like coal, will be lost. Governments, too timid to risk the ire of their citizens in key electorates, prefer the unsustainable business-as-usual model.

However, according to a report from Germany’s Ministry of Environment, in 2008, approximately 278,000 people were employed in the renewable energy sector and this could reach up to 400,000 by 2020. Besides, a green technology revolution can stimulate employment in more traditional sectors like the country’s renowned car industry.

[quote quote=”Does it make sense to once again embrace a ‘market’ system that brings us cheaper fossil fuels at the expense of the climate?” type=”text” ]

Despite the good progress to date, there is genuine concern that renewed interest in nuclear power and over-subsidisation of renewables leading to an oversupply of electricity could have counter-productive effects for the industry and ultimately the climate.

A more critical position is held by the prominent pro-market German economic think-tank Rheinisch-Westfälisches Institut für Wirtschaft sforschung, which released a damning study on the industry in October 2009. The authors argue that the huge subsidisation — which they calculate to be as high as US$240,000 per worker — “has failed to harness the market incentives needed to ensure a viable and cost-effective introduction of renewable energies into the country’s energy portfolio.”

Even if this study is to be believed, does it make sense to once again embrace a ‘market’ system that brings us cheaper fossil fuels at the expense of the climate?

No matter your position on the merits of supporting renewables, it is important to consider Germany’s broader performance on environmental policy to determine whether or not something akin to a great green transformation or ‘Green New Deal’ is taking place.

To refresh our memories, the Green New Deal is intended to address the ‘triple crunches’ of climate change, economic meltdown and oil depletion.

A key proponent of this idea, the United Nations Environment Programme, has laid out six key areas in its Green Economy Initiative — designed to assist governments to green their financial systems — as follows:

Focusing on just a couple of these, we can see a pattern of Germany progressing forwards across interrelated aspects of environmental policy. For example, when it comes to ‘sustainable agriculture, including organic agriculture’, Germany has a food self-sufficiency rate of 93% (from 2007), much higher than comparable industrialised countries like Japan, which is at around only 40%.

Our World 2.0 wrote previously about how Germans are developing a taste for organic food — the market there was worth US$7.1 billion in 2007 and is growing rapidly.

On another criteria, ‘sustainable cities, including planning, transportation and green building’, many major Germany cities (like Berlin and Munich) are leading the way and domestic competition to be the greenest is tough. One smaller town frequently cited as a model eco-city is Freiburg. Against global trends, carbon emissions from both energy and transport use have decreased there thanks to significant investments in rail, tram and bike infrastructure that makes car ownership less attractive.

[quote quote=”Germany is still the only major economy to have had a green party in power.” type=”text” ]

It is important to note two factors here. Firstly, the city has been on a path to creating a more sustainable future since the 1970s — a hint that, even for a small city, any green transformation will take decades (even more reason for governments to plan for tomorrow’s post-fossil fuel economy today). Secondly, the political character of the city is very green, right up to the mayor, Dieter Salomon of Alliance ’90/The Greens party.

Replicated to an extent federally, Germany is still the only major economy to have had a green party in power (in coalition with a centre-left party from 1998–2005) driving the sustainability agenda. Currently Alliance 90/The Greens, though in opposition, has 68 members in the German Bundestag — the largest representation in the world of any green party.

This green influence is reflected in a raft of other federal policies such as the one that mandates all new houses to install renewable heating systems. At least one famous old house is becoming greener, too.

Details of success stories like Freiburg will be shared with international leaders from industry, government and civil society at a major global conference about the Green New Deal. The Great Transformation — Greening the Economy will be held in Berlin on 28–29 May.

The conference is hosted by the Heinrich Böll Stiftung, the German green movement’s influential think-tank, in partnership with Stiftung Mercator and the Center for American Progress.

Our World 2.0 has been selected as an official blog site for the conference. Of particular interest to us will be the panel session on Social Media and Climate Change that will include representatives from climate change campaigner organisation Avaaz and the German Greens.

[quote quote=”While development of technology to mitigate and adapt to climate change is important, the real challenge is to communicate the benefits of environmental action to the public, especially through the internet.” type=”text” ]

While development of technology to mitigate and adapt to climate change is important, the real challenge is to communicate the benefits of environmental action to the public, especially through the internet.

Germany is certainly not the only country making progress on a Green New Deal. Smaller countries like Sweden and Denmark are commonly viewed as even more progressive, while China is catching up fast in installation of green energy technologies due to its sheer size.

However, Germany is a more appropriate benchmark for other major developed economies. It is both a large economy (the fourth largest economy in the world) and an advanced one similarly dependent upon services and some manufacturing industries like automobiles.

The US, in particular, could benefit from considering the German experience. Across the Atlantic, there is growing concern that the US is missing out on both investment opportunities and the jobs brought by a green revolution. This sentiment is coming not only from the environmental movement, but also from President Obama and investors.

It is not just developed world countries that can learn from Germany’s investments in technology and society. Transferring know-how and capital to fast developing countries presently lacking capacity to develop and roll-out these technologies will be critical if the world is to deal with increasing emissions predicted in the coming decades. India, with a goal of deriving 10% of its electricity from renewable by 2012, is one such country keen to draw on German expertise.

Overall, Germany has established a political climate that accommodates green ideas and, more importantly, puts these into action at both the national and local levels. It is safe to say that the great transformation has begun in Germany.