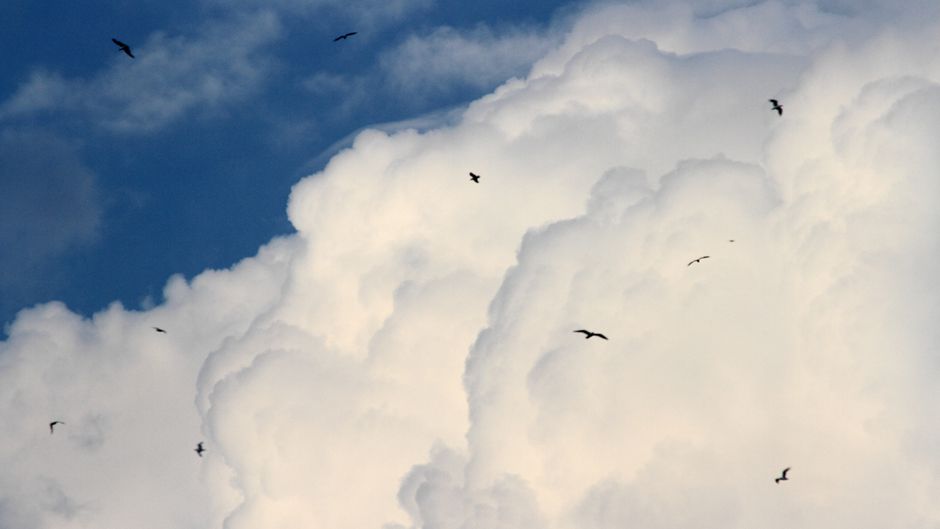 The world has to reach ‘carbon neutrality’ by 2070 to avoid busting our ‘carbon budget’ and seeing global warming of more than 2°C, a new UN report warns. That’s the internationally agreed limit above which we put ourselves at risk of what Intergovernmental Panel on Climate Change (IPCC) scientists describe as “severe, widespread and irreversible” climate change effects.

When it comes to the concept of a ‘carbon budget’, it started with scientists having determined that an increase in global temperature is proportional to the build-up of long-lasting greenhouse gases in the atmosphere, especially carbon dioxide. Based on this, estimates were made of the maximum amount of carbon dioxide that could be emitted over time to the atmosphere without heating us up beyond the 2°C limit.

And this budget doesn’t have much of a margin of forgiveness. Since emissions surged in the late 19th century, we’ve already emitted some 1,900 Gigatonnes (Gt) of CO2 and 1,000 Gt of other greenhouse gases, leaving less than 1,000 Gt of CO2 left to ‘spend’ in the future.

The Emissions Gap Report 2014 is the fifth in a UN Environment Programme (UNEP) series that is essentially a scientific assessment of the peer-reviewed literature on climate change mitigation scenarios. It focuses on whether the pledges made by countries are on track to keep emission levels consistent with the 2 °C limit.

Released today in the run up to the UN Conference on Climate Change in Lima, Peru, this year’s Emissions Gap builds on the findings of the Fifth Assessment Report by the IPCC, analysing the scenarios published in the latest IPCC reports. It also examined the great potential for improving energy efficiency, which would not only reduce greenhouse gas emissions but also meet many other societal goals.

Jacqueline McGlade, UNEP’s chief scientist, told the Guardian that scientific uncertainties about the remaining carbon budget had diminished and the real uncertainty now is whether politicians have the will to act.

“The big uncertainty is whether you can put enough policies in place from 2020-2030 — in the critical window — to allow the least-cost pathways [to lower emissions and temperatures] to still stand a chance of being followed,” she said. “The uncertainties have shifted from the science to the politics.”

“In a business-as-usual scenario, where little progress is made in the development and implementation of global climate policies, global greenhouse gas emissions could rise to up to 87 Gt CO2 by 2050, way beyond safe limits,” said Achim Steiner, UN Under-Secretary-General and Executive Director of UNEP.

“Countries are giving increasing attention to where they realistically need to be by 2025, 2030 and beyond in order to limit a global temperature rise to below 2°C. This fifth Emissions Gap Report underlines that carbon neutrality — and eventually net zero or what some term climate neutrality — will be required so that what cumulative emissions are left are safely absorbed by the globe’s natural infrastructure such as forests and soils,” said Steiner.

Past issues of the Emissions Gap Report focused on good practices across different sectors and their ability to stimulate economic activity and development, while reducing emissions.

This year, the report also looks at how international development targets and corresponding policies at the national level can bring about multiple benefits, including climate change mitigation focusing in particular on energy efficiency.

Not only does energy efficiency reduce or avoid greenhouse emissions, but it can also increase productivity and sustainability through the delivery of energy savings, and support social development by increasing employment and energy security.

For example, it is estimated that between 2015 and 2030, energy efficiency improvements worldwide could avoid at least 2.5-3.3 Gt CO2 annually.

The International Energy Agency reports that end-use fuel and electricity efficiency could save 6.8 Gt CO2, and power generation efficiency and fossil fuel switching could save another 0.3 Gt CO2 by 2030.

Countries and other actors are already applying policies that are beneficial to both sustainable development and climate mitigation. About half the countries in the world have national policies for promoting more efficient use of energy in buildings. About half are working on raising the efficiency of appliances and lighting.

This report provides one of the most clear eyed, technical analyses of global emissions that shows how country commitments and actions measure against science,” said Andrew Steer, President and CEO of the World Resources Institute.

The Sustainable Development Goals being discussed show the many close links between development and climate change mitigation goals. For example, efforts to eradicate energy poverty, promote universal access to cleaner forms of energy, and double energy efficiency — if fully realized — would go a long way towards putting the world on a path consistent with the climate target.

“Negotiating a global climate deal should not be based on emotions or political whims, it should be driven by science and facts. This report provides one of the most clear eyed, technical analyses of global emissions that shows how country commitments and actions measure against science,” said Andrew Steer, President and CEO of the World Resources Institute.

“Unfortunately, the world is not currently headed in the right direction. But, with the growing momentum for global climate action, we have the opportunity to close the emissions gap and keep within the limits of what the science says is needed to prevent the worst impacts of climate change,” he said.

“An increase in global temperature is proportional to the build-up of long-lasting greenhouse gases in the atmosphere, especially CO2. Taking more action now reduces the need for more extreme action later to stay within safe emission limits,” said Steiner.

Read the Executive Summary of the report.

Get CO2 Emissions to Zero by 2070 to Prevent Climate Danger, UN says by Carol Smith is licensed under a Creative Commons Attribution-NonCommercial-ShareAlike 4.0 International License.