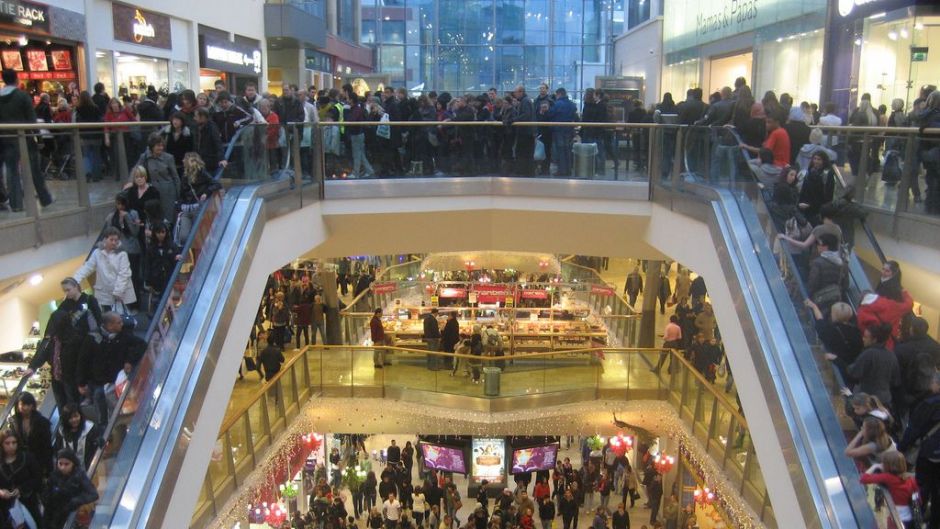 Thanksgiving Day falls on 26 November in the United States — the time to express gratitude for a bountiful harvest. That is why it makes great sense for 27 November to be ‘Buy Nothing Day‘.

Some of us are gradually facing up to the reality that those bountiful harvests that nature provides may be in jeopardy. Not necessarily today, for the average middle class American, but certainly for a growing number of people across the planet, not to mention future generations.

One reason for this is simple. Populations in the developed world are addicted to voraciously over-consuming and the impact of this insatiable appetite is global. But, as this CNN interview with Buy Nothing Day organiser Kalle Lasn makes clear, not everyone agrees that over-consumption is a problem.

Yes, environmental problems — from the quality of our air, loss of our forests and over-exploitation of our oceans, to our supply of oil, water, fertile land and minerals. The mounting evidence of peak everything reminds us that the high impact lifestyles of the richest one billion people are unsustainable (consuming 86% of the goods in the global market place). These could have potentially dire consequences for all 6.7 billion of us.

Buy Nothing Day aims to raise awareness about the impacts of our purchases. It asks us to give our relentless consumer lifestyles a rest and for just 24 hours, buy nothing. Is that too much to ask?

Lasn:  “I should point out that the ad you just saw, we were not able to buy any airtime on MTV, FOX, ABC, NBC or CBS for that ad.”

Lasn:  “Because I think that they want to generate as much consumption as they can during the Christmas shopping season and they don’t like dissenting voices like this coming on.”

CNN:  “No, we make our money off of advertising so we want the money too.”

With corporate media conglomerates having such a huge stake in the consumption machine, why would they want it to stop? Why would they want to spread this message? All credit to CNN for giving Lasn the airtime. If only other TV channels were brave enough to promote the “stop shopping” banner and risk the ire of sponsors (scroll down towards the bottom of this page to hear the reasons given by certain networks for rejecting the Buy Nothing Day ads).

This year marks the 17th anniversary of the Buy Nothing Day campaign, which started in Canada in 1992 and has now gone global. It takes place on 27 November in North America, and 28 November in another 65 countries, with campaigns in Argentina, Denmark, Finland, France, Germany, Hong Kong, Italy, Netherlands, New Zealand, Norway, Romania, Sweden and here in Japan.

Lasn believe it is and argues;

“So today, in the United States of America, when millions of people were going and shopping like crazy, there were a few million other people around the world who didn’t buy a single thing.”

The CNN anchor suggested an alternative marketing strategy for the campaign:

“Maybe if you said ‘Well, the holiday season is meant to be with your family, the sharing of generosity and love and not consumerism’, maybe that would work better.”

This might make sense, since the tradition of thanksgiving draws upon these very aspirations. Unfortunately, the original meaning of thanksgiving seems to be melting away in the shopping frenzy that is the holiday season.

In the US, the Friday after Thanksgiving is called Black Friday. It is the start of the Christmas shopping season — and has now become a culturally entrenched, family shopping tradition. This is the time when retailers are looking for a major increase in their sales, especially in this period of economic downturn.

For the CNN anchor and perhaps many other people, not buying on this day, the day deliberately targeted by the campaign, would be “so hard to believe…I mean Black Friday is like a tradition, people love to go out on this day and shop”.

So would buying nothing destroy the American economy as we know it, as the CNN host asks? This is the most common argument presented against consuming less. If we don’t consume, we will break the economy. People need to be convinced that the economy would work just fine with less consumption.

Lasn’s response is that consuming less used to be the norm. Throughout most of our history, we have been far more frugal than we are today and the economy ticked over just fine. Maybe we need to relearn some of the old ways of doing things. In fact, with rising energy and food prices now and even higher prices in the not too distant future, being frugal could make you more resilient towards shocks that can occur when you over extend beyond your credit limit.

Unfortunately, in recovering from the 2008 financial crisis through huge government bailouts, many national economies have missed out on a superb opportunity to reorient their societies towards sustainable lifestyles and perhaps ultimately a more sustainable economic model.

The real question should be, is an economy built upon over-consumption and consumers with maxed-out credit cards worth keeping?

After all, even if we ignore the ecological consequences as the mainstream media would have as do, as Lasn points out, our happiness levels have not gone up anyway.

Buy Nothing Day events will take place in over 60 countries on 27 November (North America) and 28 November (internationally).

Give Thanks and Don’t Shop: Buy Nothing Day 2009 by Brendan Barrett is licensed under a Creative Commons Attribution-NonCommercial-ShareAlike 3.0 Unported License.