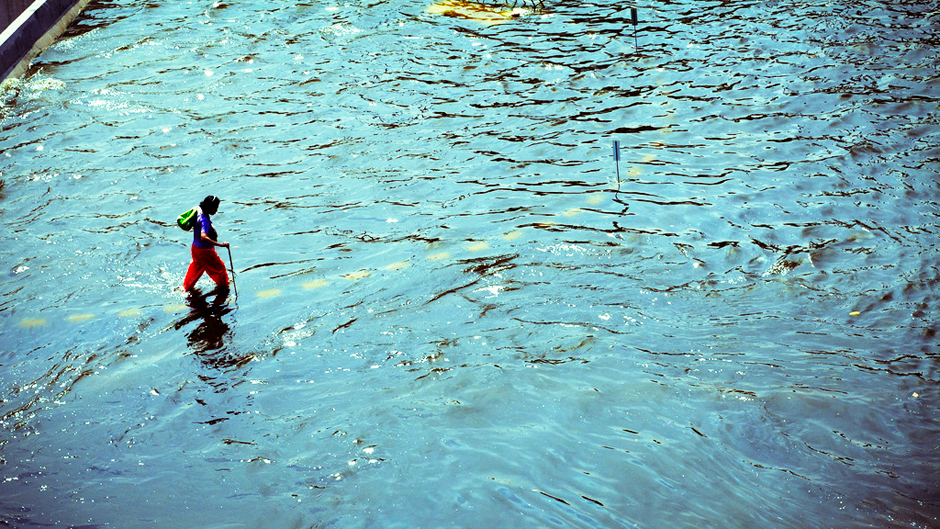 When the Secretary-General, Ban Ki-moon, takes the floor of the UN General Assembly next week, he will address two of the most pressing challenges of our time: poverty and climate change.

The debates on these issues are on track to coincide in 2015, a moment that will likely shape international action on climate and development for the next generation. In September 2015, UN negotiators will work towards an agreement on what will come after the millennium development goals (MDGs) expire that year. In Paris, just two months later, negotiators will convene to establish a global climate agreement. The combination of the sustainable development agenda and the international climate agreement will be a defining moment for the UN system — and for the world.

The big question is how can we take advantage of this moment to bring greater ambition and coherence to global efforts to tackle climate change and poverty eradication?

Reducing poverty and improving human well-being are at the core of the original MDGs, formulated in 2000. Since then, the world has experienced significant, although uneven, economic and social progress. Global economic growth is driven by developing countries today. The MDG target on poverty reduction was met five years ahead of schedule. And, more than 2 billion people gained access to clean drinking water between 1990 and 2010.

Yet, the world is changing dramatically. The global population is racing toward 9 billion people in 2050, with nearly 3 billion expected to join the middle class in the next two decades. Meanwhile, 1.3 billion people are still trapped in extreme poverty (US$1.25 per day), with another billion hovering on the brink (between US$1.25 and US$2.00). Countries will need to make an even deeper commitment to achieve the ambitious goal of eradicating extreme poverty by 2030.

The urgency of the climate challenge is likewise becoming clearer. Global emissions are on the rise. Climate impacts are no longer a distant threat. They have already arrived. The previous decade (between 2001 and 2010) was the hottest on record. Arctic sea ice is shrinking at a record rate — down to half its usual extent last September. The world is experiencing deadly heatwaves, new diseases, and food price spikes that can be linked to climate change. People in already vulnerable living conditions will be hit hardest.

The links between poverty, development and climate change are clear and unavoidable. Achievement of development goals will be fleeting if climate change is ignored. When done right, investments in infrastructure, agriculture, and energy — traditional development issues — are among the most effective ways to reduce emissions. However, these topics tend to be negotiated in separate rooms, while on-the-ground responses are uncoordinated. World leaders and UN officials need to understand the common challenges in order to succeed.

Consider, for example, a farmer in Niger who plants trees and crops using traditional techniques that help reverse desertification, increase rainfall, sequester carbon dioxide, and improve productivity. These efforts are already paying off as Niger’s cereal production has increased by 500,000 tons per year, or enough to feed 2.5 million people. Smart sustainable development will encourage this kind of solution.

What then will it take to develop a more coherent and ambitious approach?

Second, at the heart of both agendas is fairness. Development and climate change are laden with both historic and present-day inequalities. The poor in developing countries — those poised to bear the brunt of climate change — did the least to cause the problem. Developed countries should reduce carbon pollution and honour their commitment to provide aid equivalent to 0.7 percent of gross national income. Yet developing countries and major emerging economies also have a role: their emissions are increasing dramatically and it will not be possible to meet the climate challenge if they do not make a serious commitment to low-carbon growth.

Finally, greater and more effective financing is needed. The public finance so far promised is a drop in the bucket of the challenge at hand, and fragmented planning processes and funding streams for development and climate change may be used to pit the two against each other. Wherever practical, they must instead work for mutual benefit.

None of this will be easy. Yet, the potential payoffs are immense. Success will provide a much-needed boost for international cooperation. On the other hand, if the process falls short, it would be a devastating blow for the multilateral system.

Ultimately, putting in place strong and fair approaches to sustainable development and climate change will improve the lives of billions of people. World leaders have an obligation to get this right.

This article appeared on guardian.co.uk on 20 September 2013.

Manish Bapna is the Executive Vice-President and Managing Director of the World Resources Institute.