Global Electronic Waste Up 21% in Five Years, and Recycling Isn’t Keeping Up 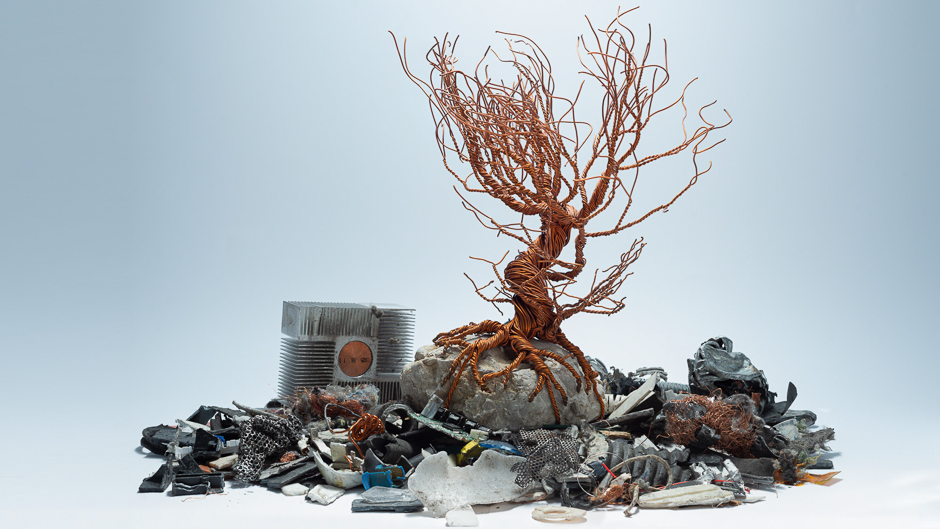 Each year, the total amount of electric and electronic equipment the world uses grows by 2.5 million metric tonnes. Phones, radios, toys, laptops, and more — if it has a power or battery supply it’s likely to join a growing mountain of “e-waste” after use.

By 2030, the global total is likely to swell to 74.7 million metric tonnes, almost a doubling of the annual amount of new e-waste in just 16 years. This makes it the world’s fastest growing domestic waste stream, fueled mainly by more people buying electronic products with shorter life cycles and fewer options for repair. 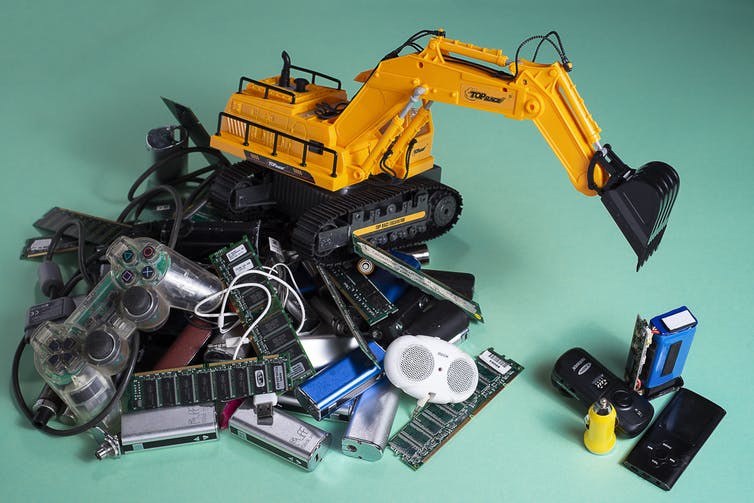 These products can help improve living standards, and it’s good that more and more people can afford them. But growing global demand is outpacing our capacity to recycle or dispose of electronic products safely. Once they’re obsolete and discarded, these products can end up accumulating in the environment, polluting habitats and harming people and wildlife.

In new research, we found that Europe has the highest collection and recycling rate, covering about 42.5% of the total e-waste generated in the region in 2019. Asia ranked second at 11.7%, the Americas and Oceania were similar at 9.4% and 8.8%, and Africa had the lowest rate at 0.9%. What happened with the rest (82.6%) of the world’s e-waste generated in 2019 isn’t clear. 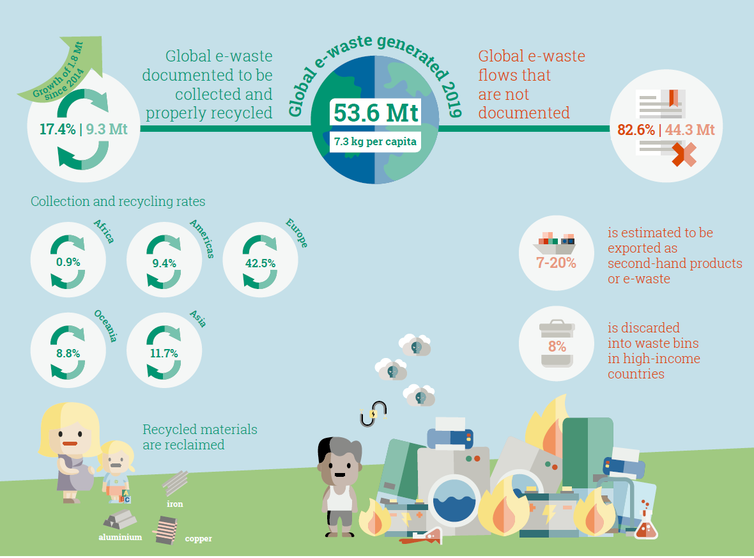 Without a reliable system of waste management, toxic substances contained in e-waste, such as mercury, brominated flame retardants, chlorofluorocarbons, and hydrochlorofluorocarbons are more likely to be released into the environment and harm the people who live, work, and play in e-waste scrapyards.

Mercury is used in computer monitors and fluorescent lighting, but exposure to it can cause brain damage. We estimated that about 50 metric tonnes of mercury is contained in these undocumented flows of e-waste that end up in the environment each year.

E-waste doesn’t just pose a health risk though. It also contributes directly to global warming. Dumped temperature-exchange equipment, found in refrigerators and air conditioners, can slowly release greenhouse gases. About 98 million metric tonnes are thought to leak from scrapyards each year, equivalent to 0.3% of global emissions from the energy sector. 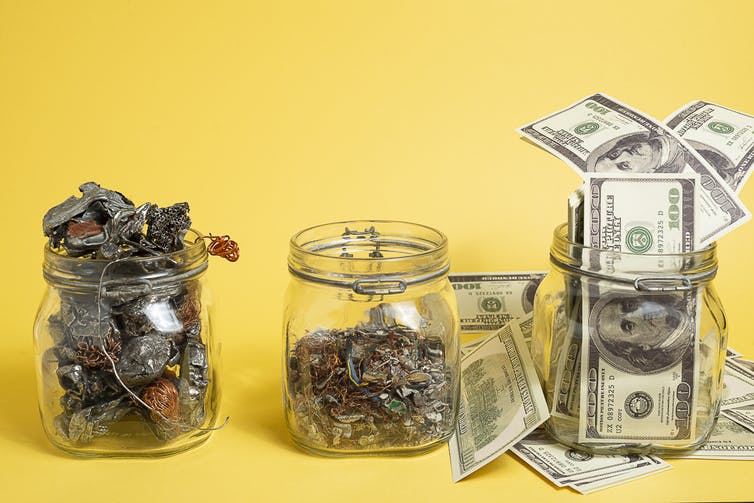 Aside from toxins, e-waste also contains precious metals and useful raw materials, such as gold, silver, copper, and platinum. The total value of all this discarded as e-waste in 2019 has been conservatively valued at US$57 billion (£45 billion) — a sum greater than the GDP of most countries.

But since only 17.4% of e-waste generated in 2019 was collected and recycled, just US$10 billion of this was recovered in an environmentally responsible way. Only 4 million metric tonnes of raw materials were made available for recycling.

Thankfully, the world is slowly waking up to the scale of this problem. As of the end of 2019, 78 countries, covering 71% of the world’s population, either had a policy for managing e-waste or were putting regulations in place — an increase of 5% from 2017. But in many of these countries, policies still aren’t legally binding and regulation isn’t enforced.

As researchers, we’ll continue to monitor the world’s e-waste to support the creation of a circular economy and sustainable societies. We hope that our efforts to track this growing problem can spur governments to act with an urgency that reflects the scale of the challenge, with laws and enforcement that can drastically increase the proportion of e-waste that’s recycled safely.

Vanessa Forti is a Programme Associate at the SCYCLE Programme hosted by the United Nations University Vice-Rectorate in Europe (UNU-ViE SCYCLE).