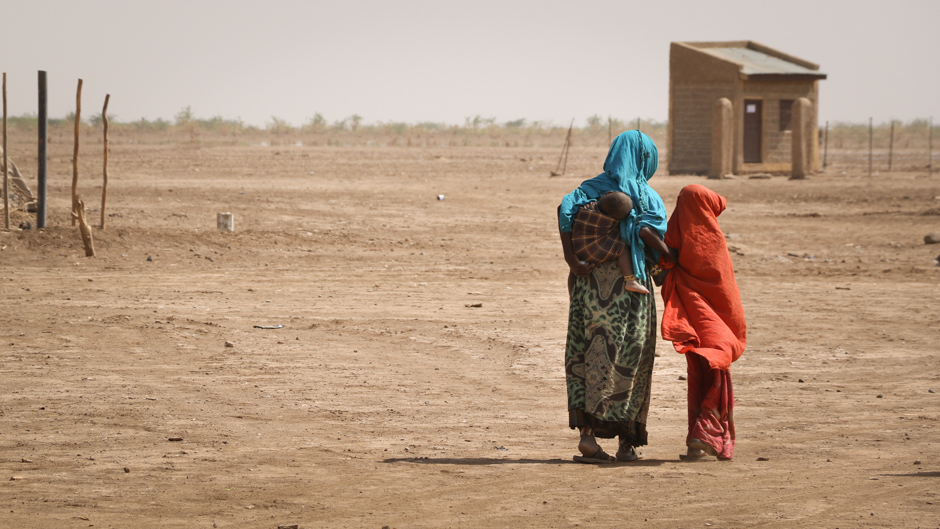 Yet while the Declaration recognises that environmental change is a powerful driver of migration, it fails to acknowledge that it can also hamper migration. Often, environmental change involuntarily “traps” households by curbing their ability to move when desired. As Jørgen Carling persuasively argues, migration is best understood in terms of both desire and ability to move. A wealthy and well-connected household may have the resources to migrate, while a poorer family does not. Migration is, therefore, possible for some but not for others.

Trapped households face a double dilemma: they are unable to escape environmental threats, yet remain the most vulnerable to their consequences.

Many of the world’s poorest rely on subsistence economies to meet their basic needs, with their livelihoods and incomes heavily dependent on the indigenous environment. Local environmental degradation can, therefore, severely constrain migration opportunities. Harsher droughts, rising sea levels, and increasingly unpredictable weather are causing key sources of income to slowly begin to disappear.

Trapped households face a double dilemma: they are unable to escape environmental threats, yet remain the most vulnerable to their consequences.

This has been the case for farmers in the western highlands of Guatemala. In this remote part of the country, communities have long depended on migration to supplement their incomes. In the past, when rain was abundant, families had the resources to send a family member to Guatemala City or outside of the country to seek work. The remittances that these migrants sent home provided their families with a crucial financial cushion.

But as rainfall has become more sporadic, migration has become less feasible. Households are forced to rely on what little they can produce on their farms, which is not enough to allow someone to migrate. And with few local jobs available besides farming, there are limited alternatives to raise the needed funds. This risks trapping them where they are the most vulnerable to environmental change.

Environmental change has also taken its toll on Africa. In Chad, rising temperatures and pervasive drought have caused the country’s largest lake to shrink by over 90 per cent. Climate projections suggest that the country will see lower crop yields, worse pastures, and a harder life for those who depend on the lake. This is true as well for Somalia, which has experienced drastic environmental change over the past 30 years. As in Chad, drought and ongoing conflict have diminished people’s livelihoods, and in some cases prevented them from using migration as an alternative source of income. Approximately 3.2 million people are considered severely “food insecure” in Somalia.

While the bulk of immobility traps will be in low-income countries, high-income countries endure them as well. In 2005 during Hurricane Katrina, the wealthier residents of New Orleans could preemptively move, avoiding the brunt of the storm. The city’s poorer residents, on the other hand, were largely forced to stay in their homes or rely on makeshift shelters.

The human impact of natural disasters like Hurricane Katrina will become more severe if action is not taken. Recent estimates suggest unmitigated climate change could severely damage the US economy and result in the poorest counties of the US losing up to 20% of income.

Lacking the financial capital that would allow a family member to migrate, households are forced to subsist on what they can produce in environments that are becoming increasingly inhospitable.

Overall, the World Bank estimates that without rapid and inclusive development, environmental change risks pushing 100 million people back into poverty by 2030. Without development assistance from governments and aid agencies, climate change and other forms of environmental change risk further trapping vulnerable populations. Lacking the financial capital that would allow a family member to migrate, households are forced to subsist on what they can produce in environments that are becoming increasingly inhospitable.

By developing comprehensive frameworks and promoting intercultural values, governments can go a long way toward mitigating the worst consequences of these immobility traps. And there are signs that the international community is headed in that direction. In addition to recognising various drivers of migration, the New York Declaration also pushes for greater coordination on long-term development needs. These include combatting environmental degradation.

Fragmented governance will only increase the number of trapped households. Barriers that obstruct migration for the most vulnerable will only worsen existing situations. For instance, when non-financial barriers to migration go up (such as more restrictive visa requirements), regular and planned migration becomes less feasible, leading to more irregular and dangerous forms of migration.

The forthcoming global compact on migration should carefully balance these considerations.