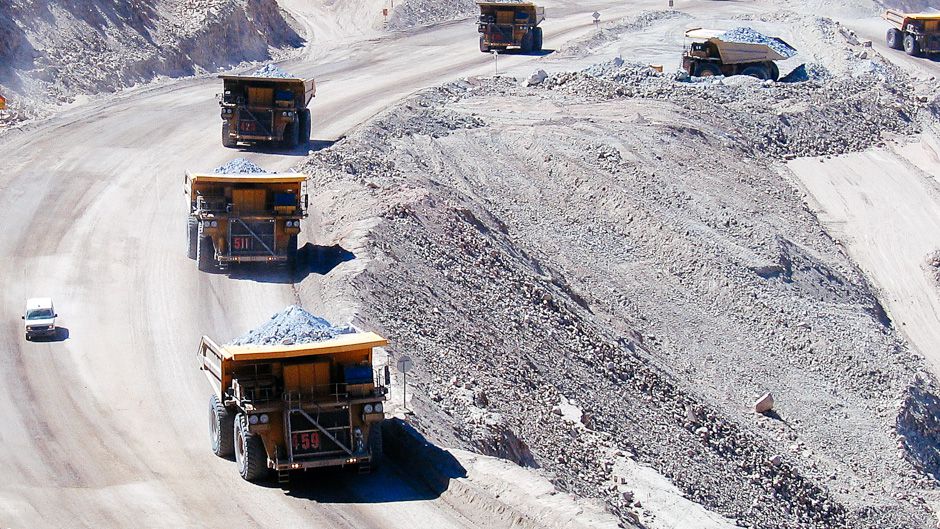 The global battle for natural resources — from food and water to energy and precious metals — is only beginning, and will intensify to proportions that could mean enormous upheavals for every country, leading academics and business figures told a conference in Oxford on Thursday.

Sir David King, former chief scientific adviser to the United Kingdom’s (UK) government, who convened the two-day Resource 2012 conference, told the Guardian: “We are nowhere near realising the full impact of this yet. We have seen the first indications — rising food prices, pressure on water supplies, a land grab by some countries for mining rights and fertile agricultural land, and rising prices for energy and for key resources [such as] metals. But we need to do far more to deal with these problems before they become even more acute, and we are not doing enough yet.”

Countries that are not prepared for this rapid change will soon — perhaps irrevocably — lose out, with serious damage to their economies and way of life, the conference was told.

Amartya Sen, a Nobel prize-winning economist, said that the free market would not necessarily provide the best solution to sharing out the world’s resources. Governments would need to step in, he said, to ensure that people had access to the basics of life, and that the interests of businesses and the financial markets did not win out over more fundamental human needs.

Sen has played a key role as an academic in showing how the way resources are distributed can impact famine and surplus more than the actual amount of resources, that are available, particularly food.

Nobel prize-winning economist Amartya Sen thinks governments will need to step in to ensure that the interests of businesses and the financial markets did not win out over more fundamental human needs.

David Nabarro, special representative for food security and nutrition at the United Nations Special, defended the outcomes of last month’s Rio+20 conference — a global summit that was intended to address resource issues and other environmental problems, including pollution, climate change and the loss of biodiversity, all of which are likely to have knock-on effects that will exacerbate resource shortages.

Many observers criticised the governments represented at Rio+20 for failing to adopt any clear targets and initiatives on key environmental problems, saying it was a wasted opportunity.

But Nabarro said there had been important successes — that governments had agreed to strive for the elimination of hunger and more sustainable agriculture, including an emphasis on small farmers, improvements in nutrition (in both developed and developing countries), and cutting the harmful waste of resources that is currently plaguing economies.

Several speakers joined him in highlighting the problems of waste and inefficiency — the developed world tends to be profligate in its use of natural resources, because most western companies have in the last century experienced few limits on their ability to access raw materials in peacetime, thanks to the opening up of global trade.

But this is rapidly changing. One of the first indications has been the soaring price of fossil fuel energy in the past decade, which has had severe economic impacts but which could easily be lessened if countries and companies took simple measures to be more energy-efficient. The failure of businesses, individuals and governments to improve their efficiency, even by relatively small amounts, has been one of the conundrums for resource economists in recent years. According to standard economic thinking, rising prices should prompt more efficiency, but this has happened at a much slower rate than should have been the case.

According to standard economic thinking, rising prices should prompt more efficiency, but this has happened at a much slower rate than should have been the case.

If price signals are not enough to change behaviour, then other methods such as government intervention may be needed.

Paul Kagame, the president of Rwanda, urged rich countries to work together with poor developing nations to ensure that the best was made of the natural resources, and to remedy situations where scarcity leads to human suffering.

Businesses also joined in to discuss their efforts to use resources more sustainably. Peter Brabeck-Letmathe, the chairman of Nestlé, outlined his company’s programme to use water more efficiently. He said water was often overlooked, and considered as a free resource, but that this was a mistake — he reminded listeners that the increasing availability of clean drinking water, accompanied by better sanitation and hygiene, had been the biggest single factor behind the enormous increases in longevity of people in developed countries in the past 150 years, and the GDP growth that followed.

Camilla Toulmin, of the International Institute for Environment and Development, said the conference should act as a primer to policymakers and politicians who have been insufficiently aware of the real issues surrounding resource constraints and the economics of waste and distribution.

“This is like an Open University course that is educating people on the problems here. I hope the financiers and businesspeople go home with a clearer understanding of how important this is, and of the role they can play.”