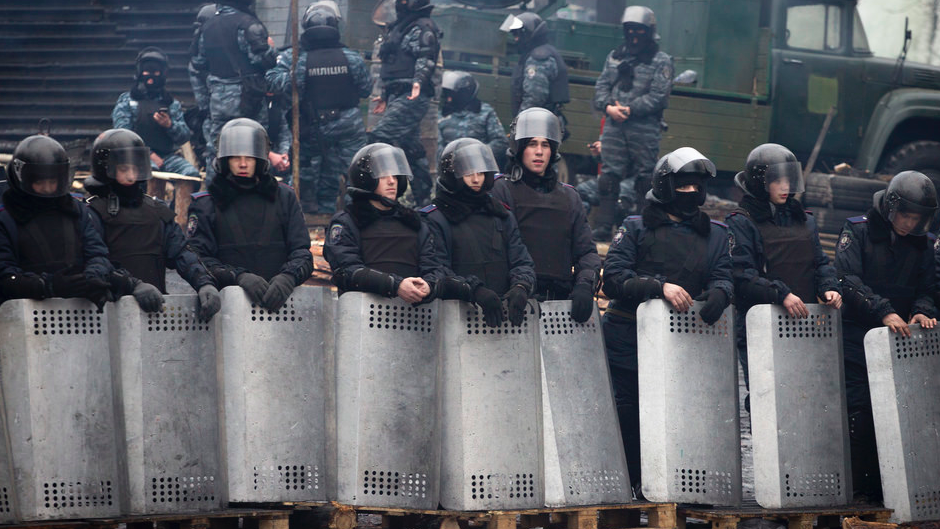 If anyone had hoped that the Arab Spring and Occupy protests a few years back were one-off episodes that would soon give way to more stability, they have another thing coming. The hope was that ongoing economic recovery would return to pre-crash levels of growth, alleviating the grievances fueling the fires of civil unrest, stoked by years of recession.

But this hasn’t happened. And it won’t.

Instead the post-2008 crash era, including 2013 and early 2014, has seen a persistence and proliferation of civil unrest on a scale that has never been seen before in human history. This month alone has seen riots kick-off in Venezuela, Bosnia, Ukraine, Iceland, and Thailand.

This is not a coincidence. The riots are of course rooted in common, regressive economic forces playing out across every continent of the planet — but those forces themselves are symptomatic of a deeper, protracted process of global system failure as we transition from the old industrial era of dirty fossil fuels, towards something else.

Even before the Arab Spring erupted in Tunisia in December 2010, analysts at the New England Complex Systems Institute warned of the danger of civil unrest due to escalating food prices. If the Food & Agricultural Organisation (FAO) food price index rises above 210, they warned, it could trigger riots across large areas of the world.

The pattern is clear. Food price spikes in 2008 coincided with the eruption of social unrest in Tunisia, Egypt, Yemen, Somalia, Cameroon, Mozambique, Sudan, Haiti, and India, among others.

Since about a decade ago, the FAO food price index has more than doubled from 91.1 in 2000 to an average of 209.8 in 2013. As Prof Yaneer Bar-Yam, founding president of the Complex Systems Institute, told Vice magazine last week:

“Our analysis says that 210 on the FAO index is the boiling point and we have been hovering there for the past 18 months… In some of the cases the link is more explicit, in others, given that we are at the boiling point, anything will trigger unrest.”

But Bar-Yam’s analysis of the causes of the global food crisis don’t go deep enough — he focuses on the impact of farmland being used for biofuels, and excessive financial speculation on food commodities. But these factors barely scratch the surface.

The recent cases illustrate not just an explicit link between civil unrest and an increasingly volatile global food system, but also the root of this problem in the increasing unsustainability of our chronic civilisational addiction to fossil fuels.

In Ukraine, previous food price shocks have impacted negatively on the country’s grain exports, contributing to intensifying urban poverty in particular. Accelerating levels of domestic inflation are underestimated in official statistics — Ukrainians spend on average as much as 75 percent on household bills, and more than half their incomes on necessities such as food and non-alcoholic drinks, and as 75 percent on household bills. Similarly, for most of last year, Venezuela suffered from ongoing food shortages driven by policy mismanagement along with 17 year record-high inflation due mostly to rising food prices.

While dependence on increasingly expensive food imports plays a role here, at the heart of both countries is a deepening energy crisis. Ukraine is a net energy importer, having peaked in oil and gas production way back in 1976. Despite excitement about domestic shale potential, Ukraine’s oil production has declined by over 60 percent over the last twenty years driven by both geological challenges and dearth of investment.

Currently, about 80 percent of Ukraine’s oil, and 80 percent of its gas, is imported from Russia. But over half of Ukraine’s energy consumption is sustained by gas. Russian natural gas prices have nearly quadrupled since 2004. The rocketing energy prices underpin the inflation that is driving excruciating poverty rates for average Ukranians, exacerbating social, ethnic, political and class divisions.

The Ukrainian government’s recent decision to dramatically slash Russian gas imports will likely worsen this as alternative cheaper energy sources are in short supply. Hopes that domestic energy sources might save the day are slim — apart from the fact that shale cannot solve the prospect of expensive liquid fuels, nuclear will not help either. A leaked European Bank for Reconstruction and Development (EBRD) report reveals that proposals to loan 300 million Euros to renovate Ukraine’s ageing infrastructure of 15 state-owned nuclear reactors will gradually double already debilitating electricity prices by 2020.

In Venezuela, the story is familiar. Previously, the Oil and Gas Journal reported the country’s oil reserves were 99.4 billion barrels. As of 2011, this was revised upwards to a mammoth 211 billion barrels of proven oil reserves, and more recently by the US Geological Survey to a whopping 513 billion barrels. The massive boost came from the discovery of reserves of extra heavy oil in the Orinoco belt.

Simultaneously, as domestic oil consumption has steadily increased — in fact almost doubling since 1990 — this has eaten further into declining production, resulting in net oil exports plummeting by nearly half since 1996. As oil represents 95 percent of export earnings and about half of budget revenues, this decline has massively reduced the scope to sustain government social programmes, including critical subsidies.

These local conditions are being exacerbated by global structural realities. Record high global food prices impinge on these local conditions and push them over the edge. But the food price hikes, in turn, are symptomatic of a range of overlapping problems. Global agriculture‘s excessive dependence on fossil fuel inputs means food prices are invariably linked to oil price spikes. Naturally, biofuels and food commodity speculation pushes prices up even further — elite financiers alone benefit from this while working people from middle to lower classes bear the brunt.

Of course, the elephant in the room is climate change. According to Japanese media, a leaked draft of the UN Intergovernmental Panel on Climate Change‘s (IPCC) second major report warned that while demand for food will rise by 14 percent, global crop production will drop by 2 percent per decade due to current levels of global warming, and wreak $1.45 trillion of economic damage by the end of the century. The scenario is based on a projected rise of 2.5 degrees Celsius.

This is likely to be a very conservative estimate. Considering that the current trajectory of industrial agriculture is already seeing yield plateaus in major food basket regions, the interaction of environmental, energy, and economic crises suggests that business-as-usual won’t work.

The epidemic of global riots is symptomatic of global system failure — a civilisational form that has outlasted its usefulness. We need a new paradigm.

Unfortunately, simply taking to the streets isn’t the answer. What is needed is a meaningful vision for civilisational transition — backed up with people power and ethical consistence.

It’s time that governments, corporations and the public alike woke up to the fact that we are fast entering a new post-carbon era, and that the quicker we adapt to it, the far better our chances of successfully redefining a new form of civilisation — a new form of prosperity — that is capable of living in harmony with the Earth system.

But if we continue to make like ostriches, we’ll only have ourselves to blame when the epidemic becomes a pandemic at our doorsteps.