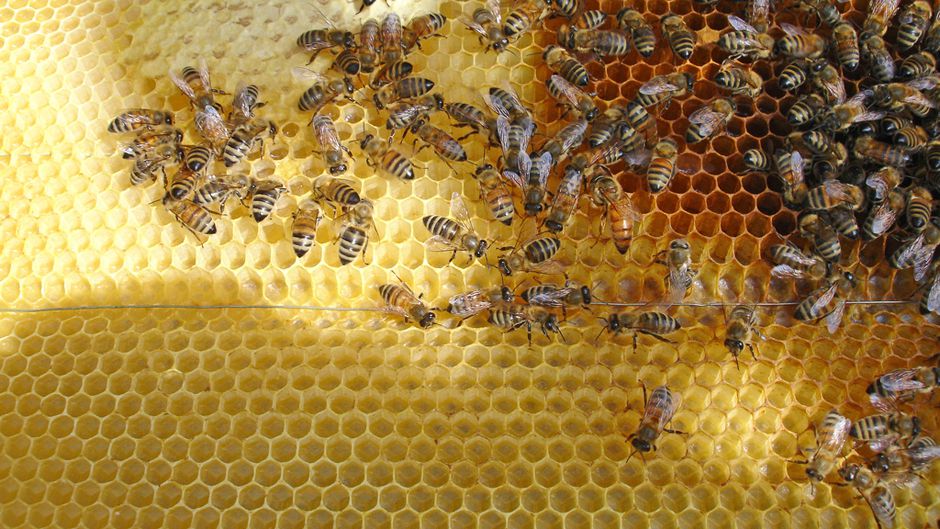 Globalisation is killing bees, as bee pests and diseases are being passed swiftly around the world thanks to the opening up of trade, says United Nations study. Attempts to industrialise pollination are making the problem even worse, the authors found.

Unexplained bee deaths have become an increasing issue around the world in the past five years, a phenomenon labelled “colony collapse disorder“. Bees in the United States, Europe and Asia have been affected, though it is hard to gather reliable data on how many of them died. Some bee colonies die off naturally all the time, chiefly in winter, but the scale of the demise reported by beekeepers has prompted governments and scientists to examine why bees appear to be under threat, and in some cases to try to get around the problem by changing the ways bees are kept.

But attempts by the agricultural industry to halt the fall in bee numbers through breeding programmes and massing bees in huge hives are only exacerbating the problem, a UN official told the Guardian, because industrialised hives create the ideal breeding conditions for some of the very pests and fungal diseases seemingly responsible for many of the bee deaths. Moving the hives from farm to farm to encourage pollination then spreads the diseases further.

“We are creating the ideal conditions in the man-made hives that promote pests, chemical contamination and other factors,” the official said. “This is the irony and [it is] not just confined to bees — one thinks of natural forests versus plantations and monoculture crops [which are also more susceptible to disease].”

The United Nations Environment Programme (UNEP) concluded in the report — titled Global Bee Colony Disorders and Other Threats To Insect Pollinators — that “more than a dozen factors” were behind the bee deaths, including air pollution, new fast-spreading fungal diseases and varieties of parasites such as the varroa mite, as well as the loss of habitat for wild flowers in intensively farmed areas.

The increased use of pesticides, including broad spectrum and systemic pesticides, which are absorbed by plants and can be expressed in pollen and nectar, appears to be another important factor, according to the UN. It said that when some pesticides are allowed to combine, they form a potentially lethal cocktail that can damage bees’ sense of direction and memory.

The scientists were unable to pinpoint which were the most important factors, suggesting instead that more research was needed. Last year a £10 million (over US$16 million) British research project was launched to study the decline of bees.

Researchers are concerned that the loss in numbers of pollinators, given the growing global population, could lead to serious problems with food supply in the medium term. Of the 100 crop species that provide 90 per cent of the world’s food, more than 70 are pollinated by bees, contributing about $200 billion a year to the global economy.

Achim Steiner, the executive director of UNEP, said: “The way humanity manages or mismanages its nature-based assets, including pollinators, will in part define our collective future in the 21st century. Human beings have fabricated the illusion that in the 21st century they have the technological prowess to be independent of nature. Bees underline the reality that we are more, not less dependent on nature’s services in a world of close to seven billion people.”

The report suggested that as many as 20,000 flowering plant species upon which bees depend could go extinct, if conservation efforts failed. Air pollution is also making it harder for bees to find the plants — scents that could carry 800 metres in the 19th century may travel only about 200 metres today, which impairs bees’ ability to find food.

Martin Smith, the president of the British Beekeepers Association, welcomed the UNEP report, and said:

“The BBKA calls on the UK government not only to take action to protect existing habitats but to find the ways and means to create new habitats beneficial to bees and other pollinators. We urge increased planting of wild flower margins around agricultural fields and also stronger guidance to local authorities on increasing flowering trees and wild flower planting in towns and cities.”