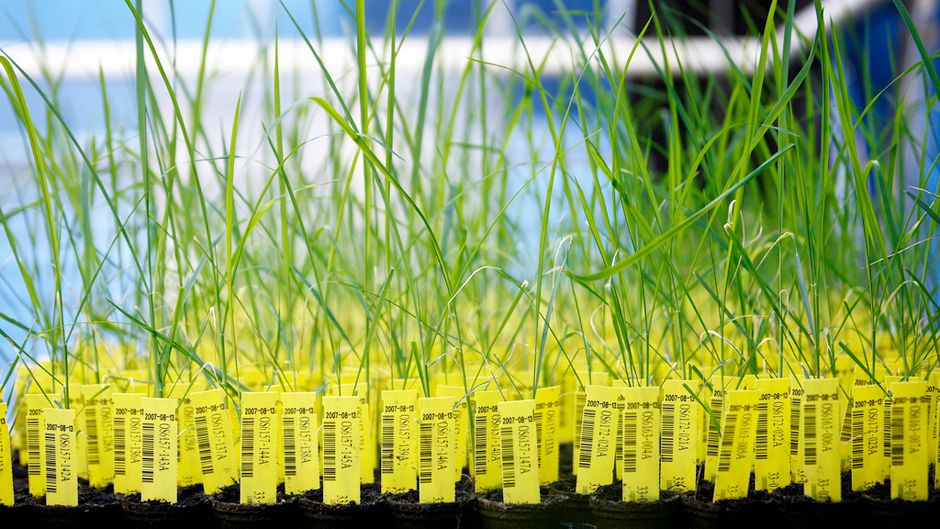 Moves to block cultivation of genetically modified crops in the developing world can no longer be tolerated on ethical or moral grounds, the United Kingdom government’s chief scientist, Sir John Beddington, has warned. He said the world faced “a perfect storm” of issues that could lead to widespread food shortages and public unrest over the next few decades. His warning comes in the wake of food riots in north Africa and rising global concern about mounting food prices.

“A number of very important factors are about to change our world,” said Beddington, an expert in population biology. “Its population is rising by six million every month and will reach a total of around 9,000 million by 2050. At the same time, it is estimated that by 2030 more than 60 percent of the population will be living in cities and will no longer be involved in growing crops or raising domestic animals. And on top of that the world’s population is getting more prosperous and able to pay for more food.”

Beddington said these factors indicated that the world was going to need 40 percent more food, 30 percent more water and 50 percent more energy by the middle of the century — at a time when climate change was starting to have serious environmental impacts on the planet, flooding coastal plains, spreading deserts and raising temperatures.

“We could cut down tropical rain forests and plant crops on the savannahs to grow more food, but that would leave us even more vulnerable to the impact of global warming and climate change. We needed these regions to help absorb carbon dioxide emissions, after all.”

Beddington said humanity had to face the fact that every means to improve food production should now be employed, including widespread use of new biotechnological techniques in farming. He stressed that no harm should be inflicted on humans or the environment. His remarks were made in advance of publication of a major report, “The Future of Food and Farming“.

His office’s report is a specific attempt to highlight moves that could halt devastation of the planet. Crucially, the report was presented not just to the UK Department of Environment, Food and Rural Affairs (Defra), but also to the Department for International Development, which directs UK foreign aid. Beddington said he would present details of his office’s report in Washington next month. He also hoped it would be debated at other events, including the G8 and G20 summits.

[quote quote=”There will be no silver bullet, but it is very hard to see how it would be remotely sensible to justify not using new technologies such as GM.” author=”Sir John Beddington, UK Chief Scientist” type=”image” image=”2952″ ]

He emphasised the role of modern biotechnological techniques, including GM crops, in the future of global food production. “There will be no silver bullet, but it is very hard to see how it would be remotely sensible to justify not using new technologies such as GM. Just look at the problems that the world faces: water shortages and salination of existing water supplies, for example. GM crops should be able to deal with that.”

Such remarks will enrage many environmental groups, who believe it is wrong for the west to impose a technology it has developed on the third world. But Beddington was adamant about the benefits of GM crop technology.

“Around 30 percent of food is lost before it can be harvested because it is eaten by pests that we never learnt how to control. We cannot afford that kind of loss to continue. GM should be able to solve that problem by creating pest-resistant strains, for example. Of course, we will have to make sure these crops are properly tested; that they work; that they don’t harm people; and that they don’t harm the environment.”

GM crops alone would not be sufficient to hold off widespread starvation, he added. No single approach would guarantee food security for humanity for the rest of the century. A widespread approach, including the development of proper sustainability, protecting fish stocks and changes to patterns of consumption, was also critical, he said.

“This report was set up to find out if we can feed nine billion people sustainably, healthily and equitably. We can, but it will take many different approaches to crack the problem.”

[quote quote=”It is unimaginable that in the next 10 to 20 years that there will not be a worsening of that problem unless we take action now, and we have to include the widest possible range of solutions.” author=”Sir John Beddington, UK Chief Scientist” type=”image” image=”2951″ ]

Timing was crucial. “In 2008 food prices rocketed to their highest level for decades. People said it was just a one-off, but last year what happened? Wheat prices saw their fastest ever increase. The era of declining food prices is over and we have to face that,” he added.

Almost a billion people now suffer serious food shortages and face starvation. “It is unimaginable that in the next 10 to 20 years that there will not be a worsening of that problem unless we take action now, and we have to include the widest possible range of solutions.”

Robin McKie is science and technology editor for the Observer.