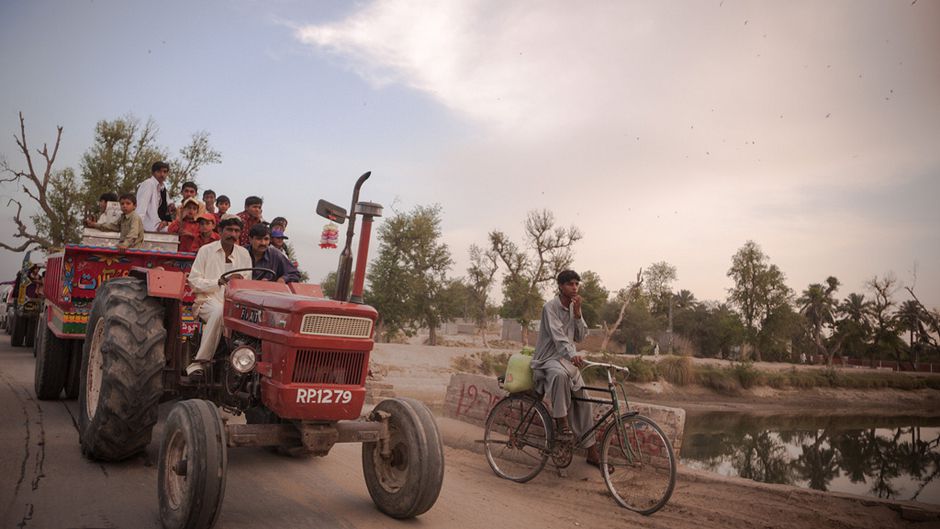 After a string of setbacks in India in recent years, the genetically modified (GM) seed industry is now targeting Pakistan as its next frontier, say activists.

“They want to recoup the market loss that they would suffer through the ban on GM food field trials in India,” Dr Azra Sayeed, an environmentalist and food security expert, told IPS. She termed it a “fresh onslaught of imperialist corporations” and their “unquenchable thirst for profits”.

On 23 July a technical expert committee set up by India’s Supreme Court recommended an indefinite moratorium on field trials of genetically modified crops until the government tabled suitable mechanisms for regulation and safety.

A parliamentary standing committee on agriculture had also asked, in an August 2012 report, for a ban on GM food crops in the country, and in March 2012, five Indian states — Bihar, Madhya Pradesh, Kerala, Uttarakhand and Karnataka — took a decision to prohibit environmental release of all GM seeds.

Sayeed, who represents Heading Roots for Equity, a Karachi-based non-governmental organization that advocates the right to food for poor communities, is alarmed that three multinational companies — Monsanto, Pioneer and Syngenta — have recently approached Pakistan’s Ministry of National Food Security and Research with a request to launch GM maize and cotton.

The Pakistan Environmental Protection Agency has also been asked for an environmental impact assessment.

Sayeed said the US-based agrochemical giant Monsanto had long been trying to get approval for transgenic corn based on field tests carried out by the corporation itself.

Hailing the indefinite moratorium on GM foods and crops in India as “a very progressive pro-people position”, she said the reasons behind the moratorium were equally valid for Pakistan.

The alternative would “be a crushing blow, not only in the erosion of indigenous food crops, but would also have further devastating impacts on small and landless farmers,” Sayeed said.

A spate of farmer suicides across India, and especially in areas where GM cotton seeds were introduced over a decade ago, attracted attention to the potential impact of GM crops on poor farmers’ incomes.

Prince Charles’s comment on a possible connection between farmers’ suicides and GM crops in an address to a Delhi conference in 2008 gave a fillip to activists campaigning against the Indian government’s caving in to the mainly US-based GM food industry.

So why is GM such a dirty word and why does it leave such a bitter taste in everyone’s mouth?

Pervaiz Amir, an economist who is a member of the prime minister’s Commission on Climate Change, said that, to many, GM meant “uncontrollable mutations that create monsters. It is seen as playing god by genetically modifying the makeup of a species or variety,” he told IPS.

But those advocating GM products say they can lead to higher gains in productivity. Yet there are other experts who argue that GM technology is not the only way to break the yield barrier and reach food security.

“Pakistan has the potential to double its present production of all crops just by higher input use and better water management, and by removing some institutional constraints,” Amir said. At the same time, he said, the role of markets is crucial in determining a country’s food security.

Pakistan, he said, produced not only for Pakistan but for the Middle East, Afghanistan and parts of Central Asia. “We have the potential and even the science, but lack the management to produce what we can produce the best.”

Amir compared GM seeds to drone strikes: “Loss of control is loss of almost everything including sovereignty,” he said.

“It conflicts with the Punjab Tenancy Act of 1929 which does not allow non-agriculture interests to own agricultural land,” said Yusuf Agha, a Karachi-based activist who is preparing to file a public interest litigation in the Supreme Court challenging the land lease Corporate Farming Ordinance of 2000.

He said that if multinationals succeed in finding their way into Pakistan’s agriculture and lure farmers to buy GM seeds, farmers will be deprived of their natural seed bank which they have been cultivating over centuries.

In July this year, over 500 organic farmers in India’s Gujarat state announced that they would develop individual seed banks to resist the onslaught of genetically modified seeds.

“All GM seeds should be banned, and natural renewable resources belonging to all humanity must be left unpatentable and unmonopolized,” argued environmentalist Najma Sadeque, who has been studying agricultural trends in Pakistan for two decades.

Her book, The Great Agricultural Hoax, is a storehouse of information on the “poisonous consequences” of making crops and people dependent on GM.

However, Professor Atta-ur-Rahman, a UNESCO recognized scientist, argued in an interview with IPS that GM foods are not detrimental to health. “There is not a single incident worldwide to prove that; these are just fears.”

But he said Pakistan needs to develop GM crops through its own developed technologies. “Imported seeds can often contain death commands whereby you cannot produce more crops from the seeds that are produced by the first crops. This can make us perpetually dependent on others for our agriculture needs, and we can thus become susceptible to exploitation by foreign countries wishing us to toe their lines.”

Zofeen Ebrahim is a Karachi-based journalist who has been working independently since 2001, contributing to English dailies, including Dawn and The News, and current affairs monthly magazines, including Herald and Newsline, as well as the online paper Dawn.com. In between, Zofeen consults for various NGOs and INGOs. Prior to working as a freelance journalist, Zofeen worked for Pakistan’s widely circulated English daily, Dawn, as a feature writer. In all, Zofeen’s journalism career spans over 24 years and she has been commended nationwide and internationally for her work.