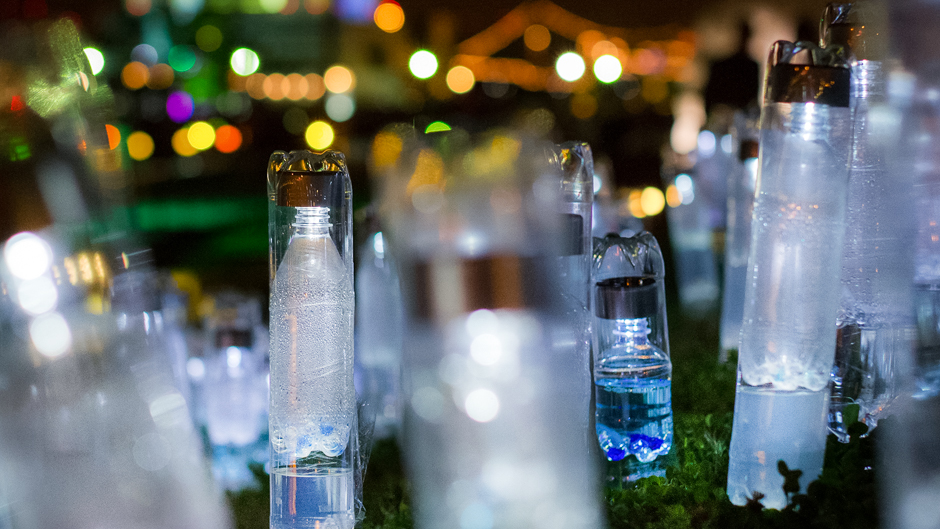 This week, more than 1,000 people from across sectors are gathering in Yokohama, Japan to discuss how to capitalize on the economic, social, and environmental benefits of a circular economy. This gathering, the World Circular Economy Forum, is unique because it brings together key players in business and industry — not just policymakers and academics — to spark the creation of practical solutions that are both good for the environment and good for business.

The circular economy concept is gaining popularity as a means to achieve more sustainable cities and societies. The world is projected to be home to 10 billion people by the middle of this century. That’s 2.5 billion more than today, when we are already straining available natural resources. What’s more, the world’s cities now generate roughly 2 billion tons of solid waste and this is forecast to grow by 70 percent in 2050.

This paints a frighteningly unsustainable and untenable picture of the future. So, what is a circular economy and how can it help?

The traditional economy of consumption is linear: we “take” natural resources to “make” things for our use, and then “trash” the leftovers. A circular economy focuses on reducing the “take” and the “trash” by optimizing the use of materials already removed from nature.

Humans typically don’t take things seriously until we face limits. The only way to ensure a successful circular economy, therefore, will be to introduce strict legal boundaries to limit the exploitation of our finite natural resources.

Most efforts to achieve a circular economy — including in Japan — have so far focused primarily on the “trash” part of the circle, through recycling and waste management efforts. While this is important, it’s only half of what is needed. The other, equally important half must focus on the “take”: reducing the amount of materials that we remove from nature in the first place.

From a natural resources perspective, the biggest problem with the traditional model is our ability to take from nature with no limits. As long as we can continue to extract more oil, and make more plastic (as one example), we will continue to do so.

Humans typically don’t take things seriously until we face limits. The only way to ensure a successful circular economy, therefore, will be to introduce strict legal boundaries to limit the exploitation of our finite natural resources. While we are adept at misusing our freedoms, we are also good at finding innovative alternatives when limits are introduced.

Take Singapore, for example. It is one of the most water-stressed countries in the world — facing extreme limits in the amount of water available for consumption and use. To overcome this, it implemented the NEWater project to effectively capture and treat wastewater for reuse as drinking water.

Rwanda, the Netherlands, and the United States also offer compelling examples of how societies adapt well to imposed limits.

When Rwanda banned the use of plastic bags in 2008, a new industry manufacturing biodegradable bags bloomed and flourished. Ten years later, the country is now the leading biodegradable bag manufacturer in the region. When the Dutch government announced plans in 2017 to virtually ban all petrol- and diesel-powered cars by 2030, electrical vehicle sales surged. And when Seattle became the first major U.S. city to ban single-use plastic straws, demand soared for compostable and reusable straws.

“Circular economy” is now a buzzword catching attention in the international community, but we still have a long way to go to understand the full meaning of the concept. Efforts to recycle and reuse materials should continue unabated, but more attention must be focused on reducing the initial “take” by introducing strict legal boundaries.

Societies around the world have already proven that these limits will be met with innovation and ingenuity and will result in a more sustainable future for all.

One hopes the upcoming Word Circular Economy Forum in Yokohama will provide a platform to strengthen the concept and implementation of a truly circular economy by shedding light on the full circle.

This article first appeared in The Japan Times.

Hiroshan Hettiarachchi is an Academic Officer at the United Nations University Institute for Integrated Management of Material Fluxes and of Resources. As a waste management expert, he focuses on the sustainable utilisation of waste as a resource, with an emphasis on wastewater recycling and organic waste composting.