Green Economy or Clean Energy with Equity for Latin America 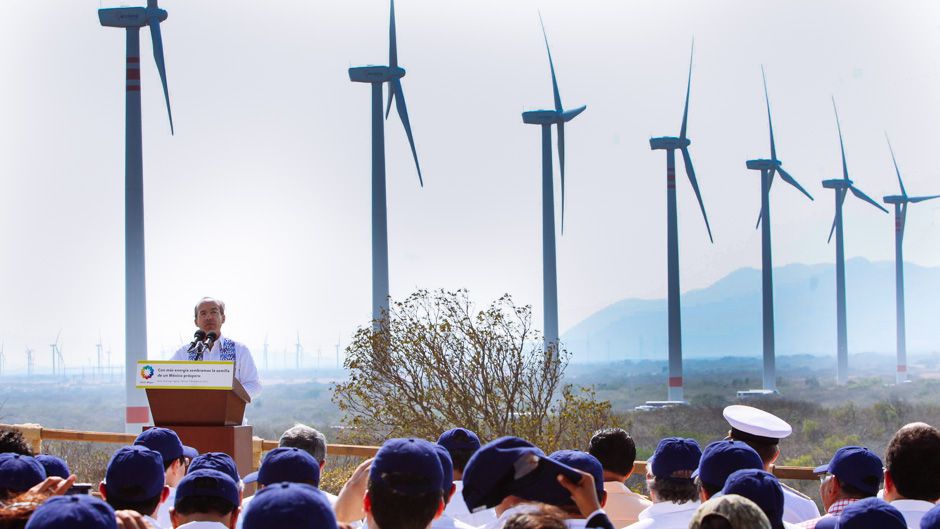 Latin America and the Caribbean have the potential to uncouple regional economic growth from fossil fuel consumption and develop a “green economy” based on cleaner energy sources, while at the same time reducing social inequalities.

“One out of three Latin Americans is living in poverty and nearly 90 million people are surviving on less than one dollar a day, so we need long-term growth that is more equitable and environmentally sustainable,” José Rivera, the permanent secretary of the Latin American and Caribbean Economic System (SELA), told IPS.

According to Rivera, “it is not a question of changing production and consumption patterns overnight, but of moving forward in that direction, building regional consensus on investments, public policies, incentives, subsidies, regulations, training and awareness-raising, and international cooperation.”

Twenty-eight Latin American and Caribbean states belong to SELA, which carried out a study based on the premise that a new energy matrix must be established in the region as a fundamental condition for “greening a brown economy” — that is, speeding the transition from an economy based on carbon fuels to one based on clean, renewable energies.

The study’s analysis of the present energy matrix found that in 2009 the region produced 7.4 billion barrels of oil equivalent, with 80 percent of this amount of energy being derived from hydrocarbons and coal.

[quote quote=”The green economy is a new capitalist world vision with the ultimate goal of using the earth’s biomass… to perpetuate the production systems that have plundered and exploited both natural resources and human beings for the last 50 years.” author=”Edgar Jaimes, agronomist and professor” type=”text” ]

Venezuela leads the region in oil production, followed by Mexico and Brazil. Mexico is the foremost producer of natural gas, followed by Argentina and Trinidad and Tobago, while Colombia produces three-fifths of the region’s coal. Brazil produces the most firewood, sugarcane biomass, hydropower and other renewable energies, while Mexico is the regional leader in geothermal energy, and Brazil and Mexico are the main producers of nuclear energy.

Latin America “has enormous potential for developing greener energy, beginning with its vast potential for hydroelectric energy, in Brazil in the first place and then in Venezuela, Mexico, Colombia, Paraguay and Argentina,” Juan Carlos Sánchez of the Intergovernmental Panel on Climate Change (IPCC), the leading expert body for the assessment of climate change, told IPS.

Venezuela alone, which has the hydroelectric and thermoelectric capacity to generate 20,000 megawatt-hours of electricity, could add capacity for an additional 100,000 MWh from hydroelectric, wind and biomass sources.

Other promising energy sources are wind and solar energy, according to Sánchez, although they require large investments that have not yet materialised.

“But it is essential to consider all the implications of so-called ‘green’ energy sources, whether or not they are renewable; for example, bioethanol and biodiesel can cause terrible land tenure and land use problems, as well as agrochemical pollution, which lead to very serious social problems,” Sánchez said.

Edgar Jaimes, an agronomist and full professor at the University of the Andes in Venezuela, said “the green economy is a new capitalist world vision with the ultimate goal of using the earth’s biomass (the mass of living organisms) to perpetuate the production systems that have plundered and exploited both natural resources and human beings for the last 50 years.”

“Primary production on the planet is over 250 billion tonnes of biomass. Only 62 billion tonnes are currently used to satisfy human needs and industrial requirements. The new ‘green’ model plans to use the remainder to create income or lucrative capitalist profits,” Jaimes said.

[quote quote=”Direct state involvement is required through public policies intended to galvanise and enliven the transition. Nevertheless, transition towards a green economy is not enough; there is the need to make it all-inclusive.” author=”The Latin American and Caribbean Economic System” type=”text” ]

In spite of these warnings, “Latin America and the Caribbean should embark upon a green economy,” SELA says. “It seems that there is no better choice for sustainable growth. There is widespread consensus about the fact that the coal-based economy is reaching its limit.”

Julio Centeno, another professor at the University of the Andes, sums up: “The economy must be uncoupled from fossil fuel consumption, and be based instead on cleaner energies; this is a challenge for nations like the members of the Organisation of the Petroleum Exporting Countries (OPEC),” which in this region include Venezuela and Ecuador.

SELA warns that “direct state involvement is required through public policies intended to galvanise and enliven the transition. Nevertheless, transition towards a green economy is not enough; there is the need to make it all-inclusive,” with policies “to ensure job adjustments and training so that the labour force is able to work in a green economy.”

Special attention must also be paid to the productive sectors that may suffer loss of viability if fossil fuels are replaced by cleaner energies.

SELA says countries in the region should draw up an inventory of the basic constituent elements of a redistributive green economy, in order to design policies to support the transition.

It also recommends carrying out a study on the region’s natural capital (available environmental goods and services) and its ties to the carbon-based energy sector, and defining thematic areas and projects where the comparative advantages of individual countries and the whole region can be combined.

The region should also establish follow-up mechanisms for these policies and projects, coordinate actions, develop South-South cooperation programmes on the green economy and identify funding sources for its new projects, it says.

En route to the United Nations Conference on Sustainable Development (Rio+20) — to be held 20-22 June 2012 in Rio de Janeiro, Brazil — Rivera suggested that the region develop and adopt its own road map of “do’s and don’ts” for a green economy within the framework of the Community of Latin American and Caribbean States, formed in December 2011.