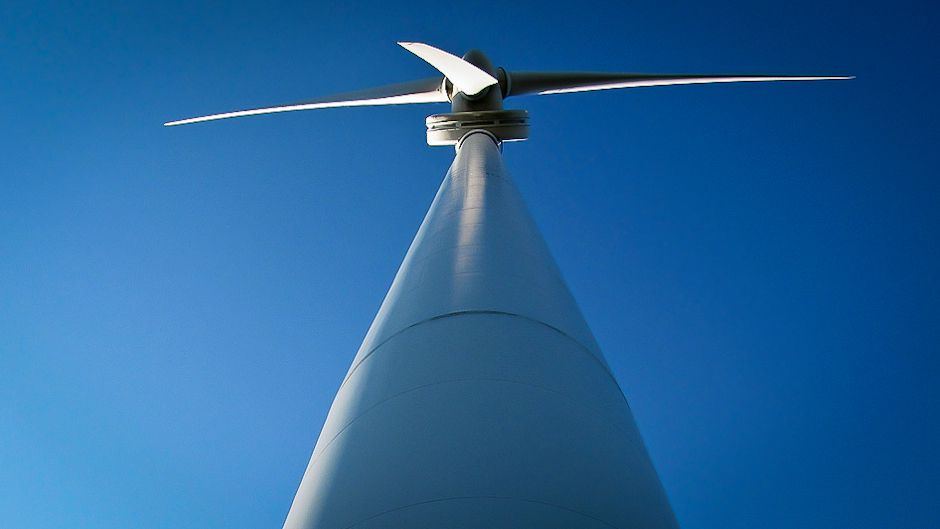 Saul Griffith, mechanical engineer and entrepreneur, in Gameplan: A Solution Framework for the Climate Challenge described a new energy scenario for 2033 that would keep the predicted increase in atmospheric CO2 concentrations to 450 parts per million and ensure that global temperatures do not increase more than 2 degrees Celsius.

Gameplan was an amazing presentation that Griffith delivered back in 2008 at Foo Camp,  an annual ‘hacker’ gathering billed as an ‘unconference’. Not only did the plan offer a six-step model for getting the planet onto a green energy mix but it also included Griffith’s path for chopping down his own contribution to climate change by living within 2,300 watts annually.  (Not sure how that is going.)

The 2033 energy mix in his plan totalled 15 terawatts (TW), including 4 TW of existing fossil fuel, nuclear and renewable sources (mainly hydropower). However, it required that we produce a total of 11 TW of carbon free energy, 3 TW from new nuclear and 8 TW divided equally between new geothermal, wind, solar thermal and photovoltaic (PV) solar.

To get to this state, the world’s energy system would need to undergo a dramatic transformation. For example, we would have to construct 100 m² of solar cells and install 50 m² of solar thermal mirrors every second for the next 25 years. In addition, we would need to build twelve 3 MW wind turbines in prime locations every hour, one 3 gigawatt (GW) nuclear plant every week and three 100 MW steam turbines every day for the next 25 years.

Griffith’s figures are staggering, but then again so is our global industrial capacity that enables just one phone company to make nine mobile phones every second or a car company to produce one car every two minutes. If we wanted to do it, we could. But it seems we are not convinced, even though we may be reaching a positive tipping point with respect to the growth of renewable energy, according to new report from REN21, entitled Renewables 2010: Global Status Report, released last week.

The glass is half full

The tipping point was mentioned in the report’s commentary by Worldwatch Institute President Christopher Flavin who argued that it would have “far reaching implications for the global economy and the environment”.

“Buoyed by hundreds of new government energy policies, accelerating private investment, and myriad technology advances over the past five years, renewable energy is breaking into the mainstream of energy markets,” Flavin says.

By far the most impressive expansion can be found in the wind sector, which has grown 27% per annum from 2005 onwards to reach 159 GW at the end of 2009, predominantly in the United States, China, Germany, Spain and India.

The United Nations Environment Programme (UNEP) sponsored Global Trends in Sustainable Energy Investment 2010, a twin report to Renewables 2010 and published at the same time, shows how investment in this sector stood at US $162 billion in 2009, which is down 7% on the previous year and reflects the impact of the global recession.

Achim Steiner, UNEP Executive Director, remains positive. He argues that the 2009 figure was “still the second highest investment total ever (and four times that seen in 2004) and spending on new capacity was for the second year running bigger than the investment in new fossil fuel capacity”.

Another significant change that both reports remark upon is the shifting geography of renewable energy. It appears, for instance, that manufacturing leadership is shifting from Europe to Asia — particularly China, India and South Korea. The Chinese are leading the charge to renewable energy as evidenced by their $33.7 billion investment in this sector in 2009 and the fact that they now produce 40% of the world’s solar PV supply.

The optimists among us cannot help but feel that, with respect to renewable energy growth, the glass is half full and filling quickly. But to what extent is this true?

Need to completely kick up the pace

A rough back-of-the-envelope calculation, comparing the actual growth in wind power in 2009 (38 GW) with the speed at which Saul Griffith suggests it needs to grow, tells us that we are presently building at half the rate we should be. However, for new geothermal, solar thermal and PV solar, the growth rate in 2009 appears almost insignificant compared to the scale that we need. Only 0.4 GW of geothermal, 7 GW of solar PV and 0.2 GW of solar thermal power were added last year.

Well you could ask, why should we listen to Saul Griffiths? But that is not really the point. The main problem is that both reports deliberately, to quote the Renewable 2010 Executive Summary, do not “provide analysis, discuss current issues, or forecast the future”.

But why not? Can it be for fear of backlash from the traditional fossil-fuel sector? And there are already predictions and forecasts out there from, for example, the US Energy Information Administration. It is important to know how all the renewable energy experts involved in the production of these reports consider the current energy situation that we face and what they would advise as the best way forward, particularly with respect to increasing the pace of renewable energy development.

UNEP’s Achim Steiner does have some frank words of warning. He states that there is a “gap between the ambition and the science in terms of where the world needs to be in 2020 to avoid dangerous climate change by mid-century”.

“Sustainable energy, from wind to geothermal and photovoltaic to solar thermal, can assist in bridging that gap if the right kind of green economy policies are accelerated and embedded internationally and nationally,” he says.

Perhaps what we need in addition to these reports, helpful as they are, is a new, solutions-based story for our energy problem. That is not happening yet. While the brand new International Renewable Energy Agency begins its first year of operation in 2010, its mission and resources seem insignificant in comparison to the scale of the problem. Yes it may help disseminate knowledge on renewable energy technologies, but is doubtful that it will make a significant dent in the rate at which these technologies are being deployed.

To make a difference, we need this new agency and others such as UNEP and the International Energy Agency to stand up and promote a new renewable energy revolution.  The scope of change required is captured in the new film from Carl-A. Fechner, The 4th Revolution.

We hope to review this film soon but in the meantime you can watch the trailer below. The central message from the film is both optimistic and radical: we can move to 100% renewables and we can do it in a short time. This is always attacked as unrealistic by powerful figures in the energy sector. But how much more realistic is our current path based on increasing competition over depleting fossil fuels and the prospect of runaway climate change?

In this essential transformation, structural changes in our energy systems will be required and one result could be the democratization of energy production. Obviously, that idea does not sit comfortably with the few owners of today’s predominately fossil fuel-based energy sources. But if, as Flavin suggests, the green energy tipping point has truly arrived, then we should embrace it and give our full support.