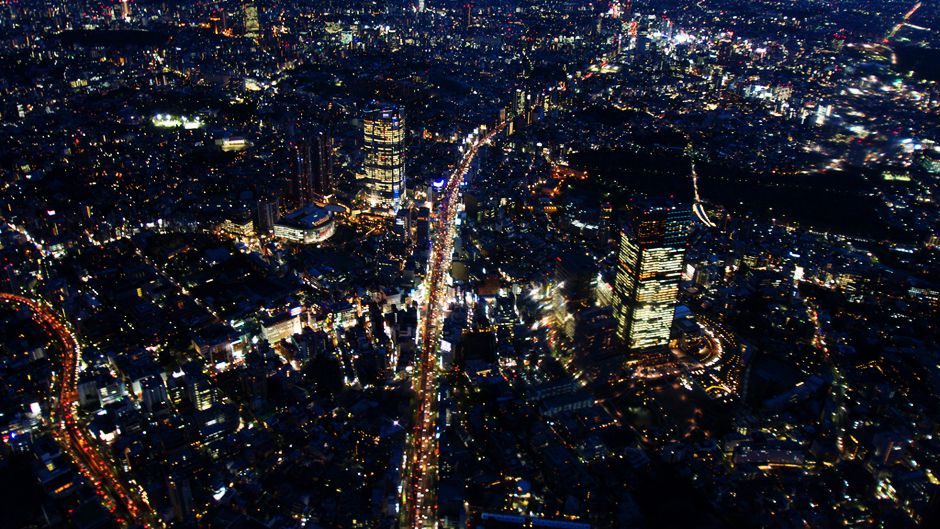 Japan’s housing market is an oddity in the world for its obsession with newness. More than half of the country’s homes were built after 1980, and only 13% of existing stock are houses that were pre-owned, compared to 66%, 78%, 89% in France, the US and Britain respectively.

The roots of this phenomenon go way back. Due to Japan’s ample forests, the country has a long tradition of wooden houses. Add in earthquakes and fire, and long-lasting houses were rare. Hence people invest in land and do not see the structure upon it as valuable. The building industry adapted to these facts — with building life-spans so short, cheap construction materials became the norm. Further, there is no tradition of building maintenance, do-it-yourself home upkeep or renovation. Why bother if the structure is destined to stand for a mere 30 years?

Globally, households make up about 21% of GHG emissions according to 2005 International Energy Agency data. With Japanese housing starts currently averaging 1.2 million per year, obviously the carbon footprint of all that “scrapping and building” is substantial. And with recent data revealing that the country’s Kyoto targets are more difficult than ever due to a 2007 jump in emissions, the time is nigh to talk about green building in Japan.

The consensus among experts is that there is huge potential for emission cuts in the residential and commercial sectors, under which buildings and related energy use are accounted for. The Intergovernmental Panel on Climate Change estimates that buildings provide the “global potential to reduce approximately 29% of projected baseline emissions by 2020.”

Japan is already one of the world’s most energy efficient countries, thanks to efforts by the government and private companies after the 1970s oil shocks. Unfortunately there has since been a steady rise in energy consumption by buildings due to a growth trend in floor space area and an increase in the number of households. Hence Japan’s CO2 emissions from buildings are now 39% higher than in 1990.

These days the country has this issue in its CO2-cutting sights. According to a July report by Professor Shuzo Murakami, the chief executive of Japan’s Building Research Institute, a 74% reduction in emissions is possible by 2050 if the building and electricity generation sectors cooperate. And IPCC agrees that these substantial cuts can be achieved using existing tried and tested technologies. What’s more, it says, is that a lion’s share of these savings can be achieved in ways that reduce life-cycle costs, thus the reductions can be had with a net benefit rather than cost.

Evolution is a slow process

The Architectural Institute of Japan (AIJ) defines a sustainable building as one that is designed: “[1] to save energy and resources, recycle materials and minimize the emission of toxic substances throughout its life cycle, [2] to harmonize with the local climate, traditions, culture and the surrounding environment, and [3] to be able to sustain and improve the quality of human life while maintaining the capacity of the ecosystem at the local and global levels.”

Japan, like most other countries, has only an infinitesimal fraction of buildings that could qualify on all three fronts. The Japanese Sustainable Building Database website lists only 13. Statistics on the topic are fuzzy, to say the least, since fulfillment of these criteria is entirely voluntary. The firmest fact is that the country’s sustainable building labeling program has to date certified only 28 buildings and seven detached houses.

While it’s always difficult to get a government to focus adequately on a complex problem to quickly solve it, national housing policy in Japan has evolved much over the decades. After World War II, the priority was to overcome the housing shortage caused by war damage. Over time the focus shifted from quantity to improving quality and then, in more recent years, to promoting a safe (earthquake-proof), comfortable, and accessible (for an aging population) residential environment. The logical next step is a prioritization of sustainability and CO2 mitigation — quite an undertaking given the tradition of “scrap and build”.

That is not to say that the players are shrinking from the task. In 2006, the Japanese government replaced the more quantity-focused Housing Construction Planning Act with the Basic Act for Housing, and set some key targets vis a vis carbon reduction. By 2015, Japan wants 40% of housing to be energy efficient, a stretch up from 18% in 2003. It also wants to begin transitioning the housing market from “flow-based” (disposable) to “stock-based” by increasing the life span of housing to about 40 years, up from 30 years as of 2003.

In addition, the 2006 New National Energy Strategy committed to improving policy for information provision and financial support on energy efficiency in the housing sector. The 1979 Act Concerning the Rational Use of Energy, through its Energy Conservation Judgement Standards, already prescribes things such as insulation and airtightness for newly built or extensively renovated buildings. This law has been amended several times since it was passed so as to tighten the standards, which are now comparable to those in Europe and the US.  Further amendments, due to come into effect soon, include mandatory indication of the energy saving performance of residences and buildings.

In the private sector, Japan is hot at work on green technology for the building industry. There are some interesting CO2 cutting products and practices out there and undoubtedly more to come. With the down market, corporate planners will increasingly be hitching their wagons to environmentally friendly products.

According to Sekisui House’s Akinobu Yoshida, the Zero house has since been reconstructed on the site of their Kanto factory in Ibaraki, but its marketing launch date has yet to be set. A participant in the Ministry of Environment’s Eco-First program, Sekisui House achieved zero emissions at its factories in 2002, at its construction sites in 2005 and remodelling sites in 2007, mainly due to their innovative waste material management system (material flow cost accounting).

Another example is Shikoku International Corp.’s interior wall coatings that resemble plaster but are made from diatomaceous earth and are able to absorb odors and VOCs and moderate indoor air humidity. The company also sells a ready-made (no construction required), low-maintenance green roof system, Green Shade, that blocks heat from sunlight to reduce the amount of air-conditioning needed.

To sustainable and beyond

If there is an upside with Japan’s rabid consumption of housing, it is the potential to quickly turn the country into the sustainable buildings capital of the world. Of course there are challenges. The Japan Scenarios and Actions towards Low-Carbon Societies report, released in June by the National Institute for Environmental Studies, listed the greening of the housing sector first in a list of actions. It outlines these current barriers: complex energy saving performance metrics; high calculation costs; insufficient (training for) personnel; as well as a lack of incentives for choosing energy saving residences and buildings.

According to a 2007 report by United Nations Environment Programme’s Sustainable Buildings and Construction Initiative, regulatory instruments and controls like building codes and appliance standards are the best way to increase energy efficiency and thereby mitigate the industry’s impact. But Professor Murakami of Japan’s Building Research Institute puts the emphasis on innovation in policy and society. His first recommendation is that regulations be strengthened with a cap-and-trade program that sets emissions quotas per household and per building, and then publicizes failure in a “name and shame” system, a common and effective enforcement technique in Japan. He sees public awareness raising and the incitement of lifestyle change as essential ingredients. (See Chun Knee Tan’s article on the topic.)

Of course with climate change looming large, it would be ideal if certifiably sustainable buildings were the norm rather than the exception. However, every step that is taken to reduce environmental impact throughout a building’s life cycle — from planning and design, to construction, operation, maintenance, and even dismantling — is a step in the right direction. For in the words of philosopher Henry David Thoreau: “What good is a house, if you haven’t got a tolerable planet to put it on?”

Greening a giant: Shrinking the footprint of Japan’s building sector by Carol Smith is licensed under a Creative Commons Attribution-NonCommercial-ShareAlike 3.0 Unported License.