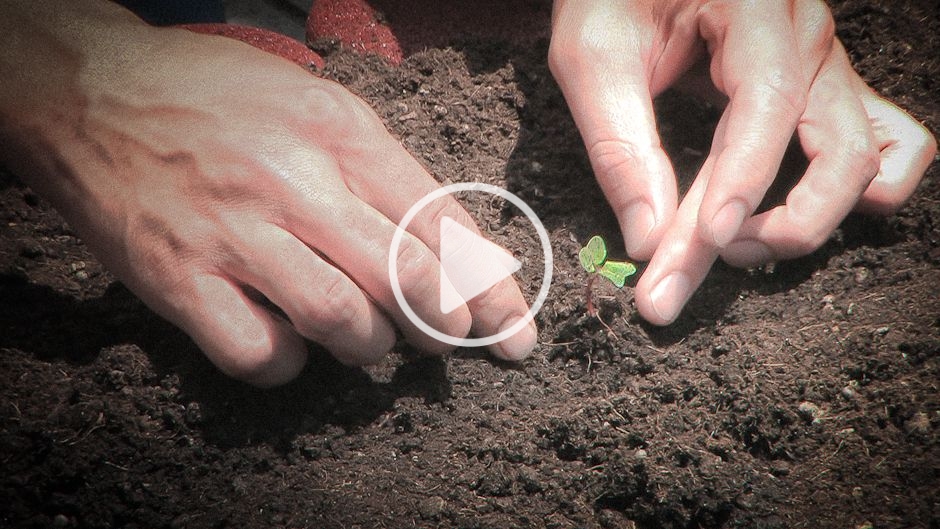 Tokyo, where the United Nations University is headquartered, is certainly no exception and perhaps, in many people’s minds, one of the worst offenders when it comes to a lack of greenery.

While urbanites may prefer the fast-paced lifestyle of big cities, there is still nothing quite like the breath of fresh air brought by walking into a park. Some cities are fortunate to have visionary urban designs that include large green parks. Can you imagine a New York City without a central park? Perhaps some green space is needed in the urban landscape to restore humanity in us, not to mention the other benefits.

There are organisations and businesses in cities across the world that are trying to revive some of the greenery lost to the ever-expanding asphalt. In spaces that may have once be home to a grove of trees, some are building green roofs.

Greening the roofs of the world

Green roofs are not a new concept, but of late, one that slowly seems to be attracting more and more interest. According to Tree Hugger, the popularity of green roofs is growing by 35% in the United States in the past couple of years.

Cities around the world are making green roofs mandatory in new building construction. For example, the city of Toronto went as far as making it mandatory that all new buildings be constructed with roof gardens compromising 20-50% of roof space, similar to the Tokyo Green Plan passed in 2001.

Germany began developing green roof technology in the 1960s and is today known as the world leader in research and usage with the number of green roofs there increasing 10–15 percent each year. From browsing this photo collection on the Green Roofs Australia blog, or this international database, one can see the many varieties of green roofs that are being built around the world today.

There are many benefits of greening your roof. Firstly, one of the major problems with urban sprawl is the heat island effect. Asphalt pavement and concrete buildings do little to absorb the heat from the sun, instead they reflect heat back into the air and cause the overall temperature of the city to rise.

In Tokyo’s case, research has found that temperatures have risen by more than 3°C over the past 100 years and in particular since the 90s, there have been many days when the temperature has been over 35°C during the summer months. To deal with higher temperatures, people often increase their air conditioning usage, which expends much energy and, of course, costs a lot more.

Studies have also found that in wintertime, roof plants provide additional insulation and keep the rooms underneath warmer, saving on energy and costs.

More green also equals better quality air. Green roofs filter the air around them. One square metre of green roof can remove up to 2 kg of airborne particulates from the air annually, depending on foliage type.

Not only do they filter out pollutants in the air, green roofs also absorb CO2. In fact, according to one recent study,  replacing traditional roofs with green in a city the size of Detroit with a population of about one million would eliminate the equivalent of a year’s worth of carbon dioxide emitted by 10,000 mid-sized SUVs and trucks.

Living roofs also produce oxygen so why stop at roofs? Green walls have also been growing in popularity. With all the extra vertical surface area that the exterior of buildings provide, there is ample opportunity for green there too. Some may even choose to plant living walls inside their home or business, like those offered by companies such as Suntory’s green offshoot, Midorie.

Librarian with a green dream

Recognising the many benefits of green roofs, a small group of individuals, in partnership with the UNU library, have come together to build their own green roof.

Librarian Mayako Matsuki, who has worked at the UNU since 1992, had been dreaming of ways to better utilise the empty third floor roof balcony as a way of fulfilling part of the library’s environmental responsibility and as a means of promoting related collections and information resources to clientele.

Last year, in response to calls by senior staff to “green” the UNU building, Matsuki saw this as a prime opportunity to pursue the garden that she had always envisioned. She wanted to create something that was not too costly but beneficial to the wider community. With only donations by a team of volunteers, raising the equivalent of US$2,000, the 9 square metre garden started as a small experiment this year, with a view to increasing the project in the coming years.

As the initial brain-storming session progressed, the group discussions focused on food self sufficiency, a concern that has been deepening in import-dependent Japan (on a calorie basis Japan is only 40% self-sufficient). While the team knows that raising a few veggies on the small plot would not solve the problem, they thought it was a good opportunity to join a growing food independence movement and create awareness.

In May 2009, they began planting tomato, eggplant, radish, green pepper, water melon and basil, and have recently harvested their vegetables. As a way to celebrate their first milestone, the garden roof support members gathered in early September for a roof garden BBQ.

Now as the fall breeze blows, the team has its sights set on planting herbs and root vegetables for the winter months. Matsuki hopes that this experiment proves to be a success and the project grows to other spaces throughout the UNU.

Grow a Green Roof (and Eat It Too) by Megumi Nishikura is licensed under a Creative Commons Attribution-NonCommercial-ShareAlike 3.0 Unported License.