Habitat III Can Revolutionize Urban Thinking on Health and Well-being 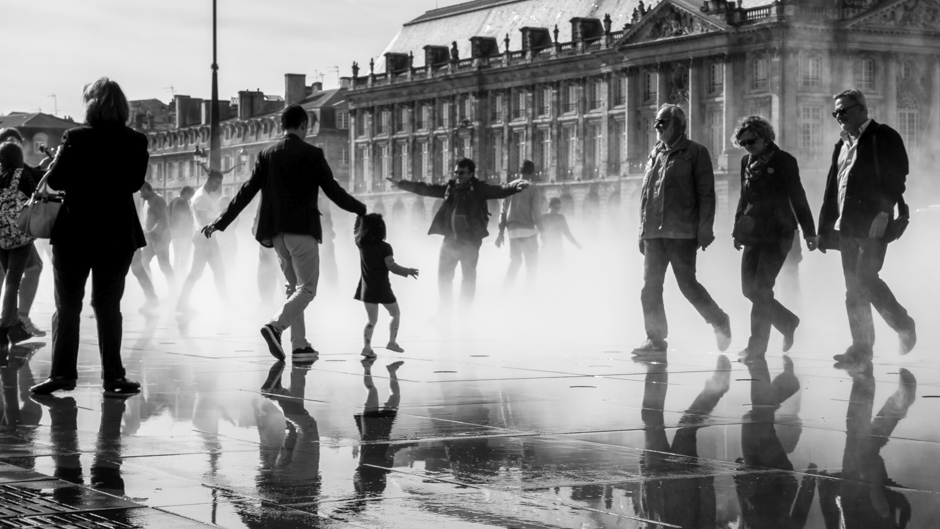 Cities in the 21st century need to focus on three key themes: people, planet and participation. Over the next six months, the Habitat III process will be an important opportunity to offer forward-looking new guidance in each of these areas.

A good example of a city where this mentality is playing out is Medellín, Colombia, once one of the most violent cities in the world. In 2004, the city adopted new urban planning guidelines, declaring that “the indicators of human development and quality of life will guide the public investment, focusing on first serving the ones in the greatest need”.

Consistent with this, the guidelines stated: “Public space and infrastructure must become the framework where education and culture are cultivated in places of encounter and co-existence [and] urban projects must simultaneously integrate physical, cultural and social components; improving not only places but also the life and interactions of people in the communities.”

This is a very different set of urban planning guidelines to what many cities are used to seeing. The result of applying such thinking is obvious to anyone who visits Medellín today.

The most well-known innovation is the city’s system of aerial tramways and escalators that link the rapid-transit train line that is the spine of the city to the barrios in the hills. Too crowded, narrow and steep for buses, the innovation of an aerial tramway — or in one case, a flight of escalators — creates efficient linkages that allow people to more easily access employment, education and other opportunities in the city. 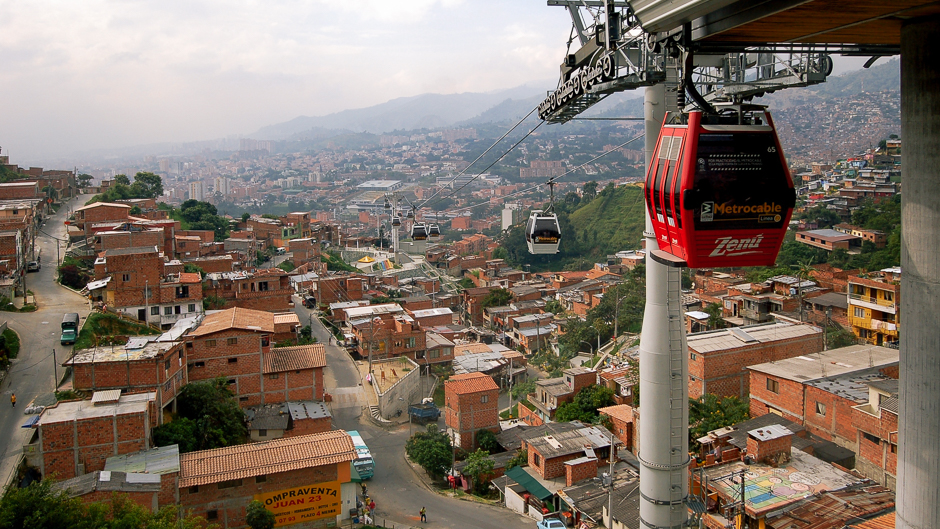 But the city’s innovations do not stop there. At the top of the tramways, Medellín has established libraries that also function as educational and cultural resource centres. These are well used, and they change the community around them. In at least one case, a bank has opened because its community has become safer. Moreover, public transit is free to poorer communities, as is access to the city’s cultural institutions.

This is not to say that everything is rosy, as Medellín still has more than its fair share of problems. But things in the city are much better than they were a decade or two ago. Further, if these innovations are maintained and built upon, over time they will help to create a more cohesive, civil society.

Successful cities understand that the city and its people benefit when everyone enjoys a high level of human health and development. Similarly, they also recognize that what the World Health Organization (WHO) has called the “hidden cities” of urban slums, informal settlements and urban poverty are not only inhumane and unjust but an enormous waste of human potential.

Thus, these cities work hard to reduce inequalities in health. Health equity has been a consistent focus throughout the three decades of the WHO’s European Healthy Cities project, for example. During that time, the project has prompted explicit commitments in the Mayors’ Statement (2000) and the Zagreb Declaration (2008). Health equity was also the project’s overarching goal during 2009–13.

No city has all the pieces in place, but the individual elements are all feasible. The challenge for the New Urban Agenda is to put it all together. This will require that cities adopt an eco-social approach, placing both people and planet at the centre of urban planning and governance.

Creating a healthy and just city begins with securing a few basic needs for all. These include access to clean air, fresh water, sanitation, access to fuel and nourishing food, good-quality housing, adequate green space, quality education and health care in places that are safe and secure. Only once these basic needs are met can a city begin to unleash the potential of its population.

To do so, healthy cities encourage and support innovation, creativity and lifelong learning in their citizens, fostering all forms of the arts and celebrating diversity. They involve their citizens in creating great neighbourhoods and public spaces that are safe, clean and beautiful, accessible to all and that facilitate social engagement.

For example, the Québec community of Rouyn-Noranda, a town of 40,000 people that became Canada’s first formally declared Healthy Community in 1987, began with a series of vision workshops in which 6,000 people participated, the majority of whom were children. 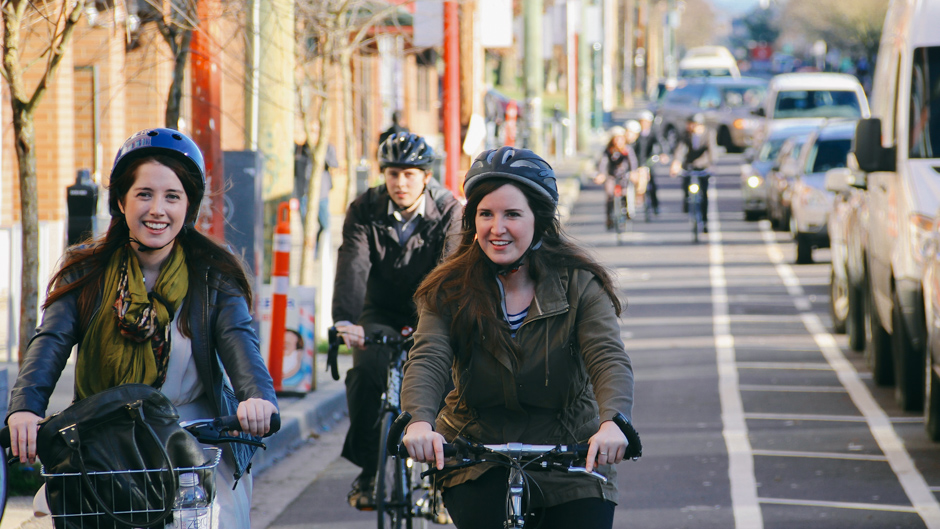 One of the first projects to emerge from this process was the creation of a botanical garden around a small downtown lake that had long been used as a dump. In its first five years, the garden, called La Fleur d’Eau (the Water Flower), benefited from the direct contributions of 3,000 citizens and numerous private and public organisations. Today it remains an important centre for community engagement, as well as a beautiful and well-used garden.

Healthy cities not only create opportunities for economic participation for all their citizens. They also prioritize decent, safe and stable work that produces goods and services that likewise promote rather than damage health. And they value and support the contribution of people involved in volunteer work that enhances community well-being through caring for each other.

But healthy cities are not focused solely on people and social sustainability; they also are focused on the planet and ecological sustainability. They recognize that people cannot survive without the goods and services that we derive from the Earth’s natural ecosystems and that constitute the fundamental ecological determinants of health. And they recognize the limits of those systems, and that we disrupt and destroy the Earth’s systems at our own peril.

In this, prime examples include active transportation and public transit, which reduce local air pollutants as well as carbon-dioxide emissions while increasing physical activity and social connections. Other good examples are local food systems, which encourage a more ecologically sustainable low-meat diet (which significant research has found to be better for health), and community gardens, which “grow” communities as well as food.

Healthy cities adopt ecologically sustainable design, technologies and infrastructure, and they encourage economic activities that protect and enrich their environments and those of others around the world. Many examples of such work can be found at Local Governments for Sustainability (ICLEI), a network of over 1,000 cities, towns and metropolises committed to building a sustainable future.

In short, healthy cities seek to minimize the ecological footprint of their citizens while maximizing their level of human development. The New Economics Foundation, a British think tank, has developed an indicator to measure exactly this at the national level. The Happy Planet Index (HPI) measures years of “happy life” (life expectancy x life satisfaction) divided by a country’s ecological footprint per capita – and all adjusted for equity, since these attributes need to be experienced in a fair and just way by all members of the community. 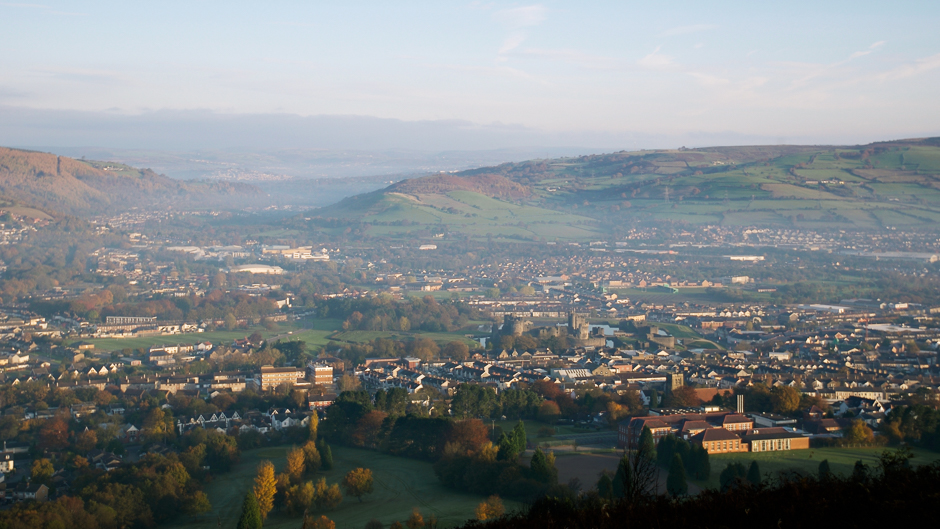 To date, the foundation’s researchers know of only one local government that has attempted to follow this approach — Caerphilly County Borough in Wales. Its 2008 Sustainable Development Strategy states that Caerphilly “will work with partners to enable everybody in the County Borough to live longer, healthier, more fulfilled lives whilst consuming less resources and fulfilling our responsibilities to the planet and future generations”. To this end, Caerphilly has adopted and is using the HPI to guide its planning.

Another city that is taking a broad approach is Vancouver. The city has both a comprehensive Healthy City strategy that focuses on human capital as well as a Greenest City Plan that includes the following: “Reducing our ecological footprint is about living within ecological limits, and it is also about using a ‘fair Earth share’ of resources. It is about striving for a one-planet footprint and a city that is vibrant, healthy, safe, and just.”

Participation and measuring what matters

Healthy cities engage fully with their citizens and community organisations, putting people and the planet at the heart of governance. They foster democratic engagement and the active participation of their citizens in decision-making, using the new participatory processes and technologies the 21st century has to offer.

Recognizing that one sector alone cannot create a healthy city, healthy cities bring together citizens, public, private and non-profit institutions, private business, labour and faith organisations, and other key sectors to manage the affairs of the city in an open and transparent manner. And they establish participatory approaches to find and embrace common purpose.

One approach that has spread around the world is participatory budgeting, which was developed in Porto Alegre, Brazil, in 1989. Another Brazilian city that provides a useful model is Belo Horizonte. This city of about 2 million people established the position of deputy secretary for democratic participation.

The hallmark of 21st-century cities will be to understand these complex interconnections between the social, ecological and economic dimensions of human health and development — and to act accordingly, with full citizen participation and engagement.

Given the low rates of voting in municipal elections in many parts of the world and the generally low rates of municipal engagement, it seems that every municipality of any size could benefit from a similar position. What could be more important in a democracy than making a serious commitment to actually building more democracy?

Finally, healthy cities measure what matters — socially just, ecologically sustainable human development and well-being. Then, they use those measurements to guide and manage their development. Such cities also ensure that these measures, and the monitoring of change are widely publicly available.

I do not know of any city that measures its progress in terms of gross domestic product, as national governments tend to do. In fact, national governments could learn much from cities about how to measure what matters. Instead, cities generally use more comprehensive measures of quality of life.

The Federation of Canadian Municipalities, for example, has had a Quality of Life Reporting System in place for many years. And the Community Indicators Consortium, which has also been around for decades, seeks to advance and support “the development, availability and effective use of community indicators for making measurable and sustainable improvements in quality of community life”.

Several of these ideas were offered in January during a Habitat III stakeholder event on healthy cities in Kuching, Malaysia. These proposals were reflected in the Kuching Statement on Healthy, Just and Sustainable Urban Development, as a contribution to the Habitat III conference and the drafting of the conference’s 20-year urbanisation strategy, the New Urban Agenda. (More on the Kuching event can be found here.) If all this seems a bit fantastical, it is not. As these examples indicate, some aspect of much of what is being proposed here is already being implemented somewhere. No city has all the pieces in place, but the individual elements are all feasible. The challenge for the New Urban Agenda is to put it all together. This will require that cities adopt an eco-social approach, placing both people and planet at the centre of urban planning and governance.

The hallmark of 21st-century cities will be to understand these complex interconnections between the social, ecological and economic dimensions of human health and development — and to act accordingly, with full citizen participation and engagement. By adopting these approaches, by putting people, planet and participation at the heart of governance, healthy cities can lead the way to ecologically sustainable and socially just human development.

This article (text only) originally appeared at Citiscope as part of the series “Toward Habitat III: World Cities at a Crossroads“. Citiscope is a nonprofit news outlet that covers innovations in cities around the world. More at Citiscope.org.

Trevor Hancock is one of the founders of the global movement for healthy cities and communities. Together with Len Duhl, he co-authored the original background paper on Healthy Cities for WHO Europe in 1986, and he has continued to work on these issues for the past 30 years and more. He is currently a professor and senior scholar at the School of Public Health and Social Policy at the University of Victoria, Canada.