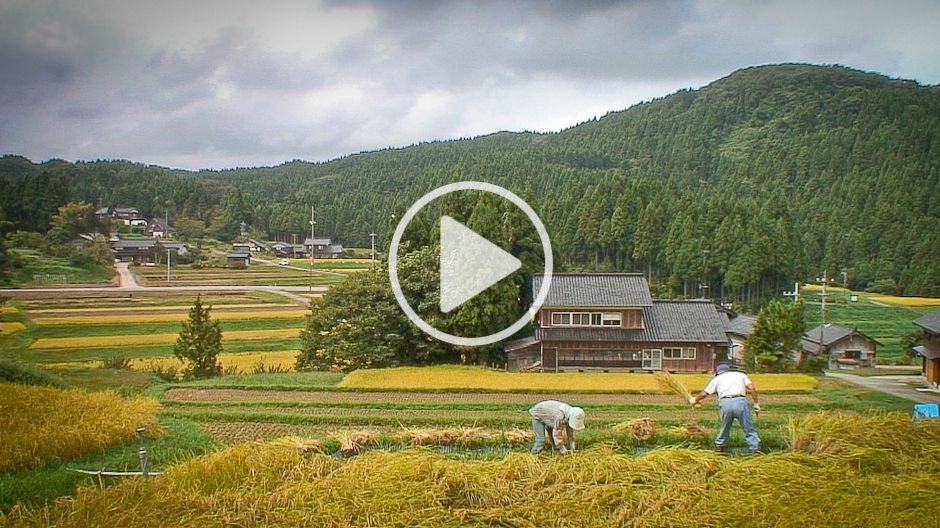 For many Japanese, satoyama represents the ideal of coexistence between humans and nature. It is commonly described as secondary woodlands and grasslands adjunct to small villages, and is the scene of rich biological diversity.

The first written reference to satoyama dates back to 1759. Forester Hyoemon Terauchi recorded the livelihoods of rural mountain woodland communities and used the term satoyama to describe the human managed landscapes surrounding those communities.

The idea of satoyama — along with the views about nature, lifestyles, cultural values, traditional knowledge and resource management practices it embodies — would have faded into the annals of history were it not for the efforts of another forester ecologist, Tsunahide Shidei, who reintroduced this concept in the 1960s.

Shidei’s revival of satoyama was partly a counter reaction to the chemical fertilizer revolution of the time and the impact rapid economic development was having on the social, cultural and natural landscapes of Japan.

Open to many interpretations

Satoyama has since evolved and is now used in differing contexts. Among neo-traditional conservationists, satoyama often broadly refers to traditional rural landscapes and has become for many a symbol of terrain where humans and nature coexist in a symbiotic relationship.

For ecologists exploring habitat modification and human use of natural landscapes, the satoyama concept has evolved to include cultivated lands (farmlands), and reservoirs (including natural wetlands and traditional man-made irrigation ponds called tameike); all elements linked together as part of the traditional agricultural land use system of Japan.

Interest in the satoyama landscape and its recognition as an example of a sustainable system have spread beyond conservation ecology circles to include policy makers and citizens concerned with the socio-cultural and environmental impacts of contemporary lifestyles.

This growing interest is reflective of the gradual shift in focus of the nature conservation movement. Where once there was an emphasis specifically on conserving designated protected zones, there is now recognition that human intervention is an integral element.

How have satoyama landscapes been altered as Japan has gone from an agrarian society, sustained by locally managed and produced bioresources, to an industrialized urban society dependant on imported fossil fuels and associated products?

According to leading satoyama landscape ecologists Kazuhiko Takeuchi, Izumi Washitani and colleagues — who introduced satoyama to English literature  — the fuel and fertilizer revolutions of the 1960s led to two distinctive patterns of degradation.

Satoyama landscapes disappeared as urban sprawl and large scale development changed the traditional rural landscapes.  Conversely, in rural areas far from expanding cities, depopulation coupled with ageing of the residents has resulted in the  abandonment of  secondary woodland and farmland and the ensuing underuse of bioresources.

Environmental degradation through the lens of satoyama landscapes has also drawn attention to the food and fuel debate in Japan.

In the most food import-dependant country among industrialized nations — Japan’s food self-sufficiency rate having dropped to 39% — land use, resource management and the fragile state of food and fuel security is of growing concern.

In the fall of 2008, the Japanese government took the issue to the people. Of those polled, 93% expressed concern over current food self-sufficiency rates and the need to increase production capacity so as to reduce dependency on food imports.

One in two people believed rural communities to be important not only in providing food for the nation, but also for their role in resource conservation management and ensuring species diversity in rural landscapes.

When asked about future agricultural policies, close to 70% of those polled expressed the need for policies that address depopulation, ageing and undermanagement of bioresources in rural communities.

Gradually increasing public awareness of the links between satoyama landscapes and food and fuel security is a welcome trend among researchers involved in satoyama ecosystem assessments.

In 2006, the United Nations University-Institute of Advanced Studies (UNU-IAS) initiated a comprehensive national ecosystem assessment focusing on satoyama. Referred to as the Satoyama-Satoumi Sub-Global Assessment, it is intended to be part of the network of over 30 sub-global ecosystem assessments. To ensure an in-depth report, Japan was broken down into 5 clusters (one of which is the Hoku-Shinetsu Cluster and the work of UNU-IAS Operating Unit Ishikawa/Kanazawa featured in the video).

Focusing on the last 50 years of satoyama landscape change, each cluster report follows the framework of the Millennium Ecosystem Assessment. The findings will be integrated into a national report to be published in time for the 10th Conference of the Parties to the Convention on Biological Diversity in October 2010 in Nagoya, Japan.

Many of the writers assessing the ecosystem services provided by satoyama landscapes hope that their findings will feed into designs for a sustainable society that draw from the past to forge a contemporary model for sustainability; a model that contributes not only to sustainable food and fuel production but also to biodiversity conservation strategies and initiatives in Japan.

Harvest time in satoyama by Mio Horiuchi is licensed under a Creative Commons Attribution-NonCommercial-ShareAlike 3.0 Unported License.

Mio Horiuchi, Programme Associate, holds a Masters degree and a PhD in Agriculture from the Graduate School of Agriculture, University of Kyoto.

Her doctoral thesis focused on the formation of satoyama landscapes. As a Research Fellow of Japan Society for the Promotion of Science (JSPS), she completed a post-doctoral thesis based on research in the agricultural and forestry communities in the Lake Biwa region. She is currently involved in landscape ecology research in the Hokuriku region and leads the OUIK coordinating team for the Hoku-Shinetsu Cluster Satoyama Satoumi Sub-Global Assessment.

Toshiya Kai, Programme Associate, holds an MSc from the London School of Economics and a BA from the School of Oriental and African Studies, University of London.

Based in Ishikawa prefecture, he works with regional government officials and researchers to coordinate research related to satoyama.