Hedonism, Survivalism and the Burden of Knowledge 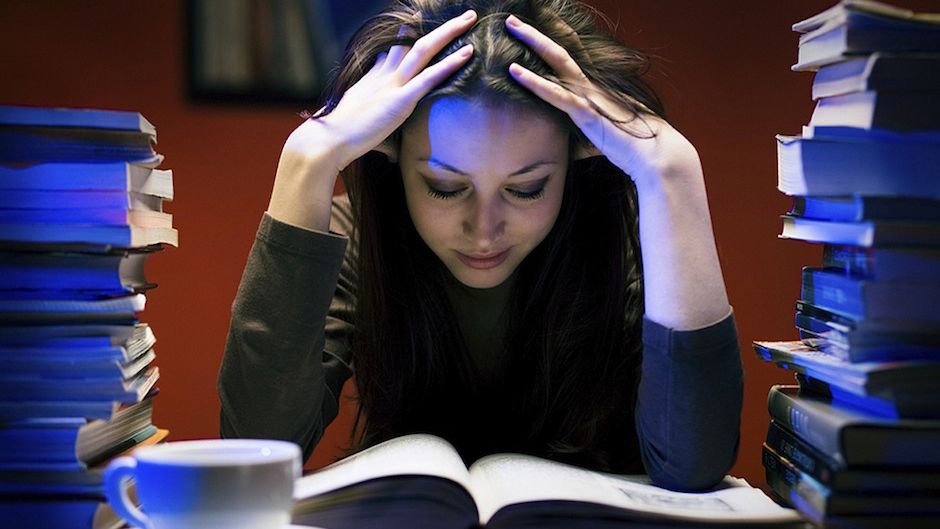 In my last post*, I asked whether human beings are naturally predisposed to deny the precarious reality of our planet’s health, which would help explain the undeserved endurance of the growth narrative. Self-imposed ignorance, in other words, is bliss. It absolves us from the responsibility of action.

What about the rest of us? For those of us that have ‘quit denial,’ so to speak, can conscious awareness be channeled to motivate positive action? Or is hope futile in the face of an enormous task?

A recent article by Madeline Thomas in Grist featured the headline, “Climate depression is for real. Just ask a scientist.” Scientists’ intimate understanding of climate change has led to depression, substance abuse, suicide, and post-traumatic stress disorder. Camillie Parmesan, who shared the Nobel Peace Prize for her work as a lead author of the Third IPCC Assessment Report, became “profoundly depressed” at the seeming futility of her work. She had been screaming from the scientific rooftops, yet the best we could offer in response was little more than a call for more carbon-intensive growth.

Evolutionary psychologists Ajit Varki and Danny Brower believe that some of the earliest humans fell into depression due to their awareness of mortality, while others were able to carry on without becoming crippled by this realization. Mind-over-reality became humanity’s defining characteristic, enabling us to maintain sanity in the face of danger. On a society-wide basis, anxiety and depression could cause an avoidance of procreation, which would be an evolutionary dead-end.

We’re now confronting not only our individual mortality, but perhaps even the mortality of our species, according to a few controversial voices. Ecologist Guy McPherson is among those who have suggested that near-term human extinction is inevitable. James Lovelock, author of the Gaia hypothesis, believes that climate catastrophe is inevitable within 20 years. With an awareness of the rate of species loss and climate change, among other symptoms of breakdown, it isn’t hard to fall into paralysis and despair.

But others seem able to carry on without being crippled by this realization. Proponents of the steady state economy are among those who remain optimistic in the face of long odds, and generally, I think we fall into one of three camps: survivalists, hedonists, and denialists.

We all know the survivalists among us. They’re the lot that want to voluntarily extricate themselves from known civilization before the imagined $h!t hits the fan in some kind of imagined catastrophic event. They dream of a semi-pastoral existence in the agrarian hinterlands, far from the commercialized zombies who wouldn’t know how to take care of themselves without the convenience of a department store. They’re hard workers who romantically hope to re-kindle the low-carbon self-sufficiency of generations past.

Then there are the hedonists, and I’d be willing to wager that a great many well-educated millennials fall into this category, sometimes by accident. Hedonists might accept the ecological challenges we face and withdraw from the growth-obsessed formal economy. But rather heading for the hills, they do what they love. I think these are many of the artists, dumpster-divers, and coffee-enthusiasts among us. You can’t measure their contribution to change in terms of GDP. Both McPherson and Lovelock seem to prescribe hedonism, with Lovelock calling for us to “enjoy life while we can” because “in 20 years, global warming will hit the fan.” McPherson, for his part, calls upon us to “passionately pursue a life of excellence,” and practice the radical generosity associated with hospice care. For the hedonist, “carpe diem” is the modus operandi. They’re always asking themselves: what must we do, knowing that we only have a little bit of time left?

And finally, the denialist. A little bit of overconfidence and denial can come in pretty handy from an evolutionary perspective, because it keeps us from obsessing about the abysmal end. In this case, I’m not referring to outright denial of climate change–the “climate deniers.” I’m referring to those of us who accept planetary life support breakdown, but hope that maybe–just maybe–human civilization has enough wiggle room to squeak by. Just enough methodological uncertainty to restore this blue dot to health. After all, careful skepticism is the essence of good science. Hydrogeologist Scott Johnson, for instance, has written a long rebuttal to the claims of Guy McPherson. Denialists would be more inclined to lean on the kind of methodological uncertainty emphasized by Mr. Johnson, and reject the kind of claims offered by McPherson and Lovelock.

I fall into each of these camps from time to time. As a survivalist, I hope to learn how to garden a little bit every summer and support the DIY economy. As a hedonist, I will do what I love and passionately engage in conversations about catalyzing the steady state economy, because I believe it sets a new standard of excellence for the 21st century. In fact, all things considered, I believe the steady state economy represents a balanced “middle way” between the ignorance and paralysis. And with a healthy dose of denial, I will continue to hope that somehow, the margin of error is just wide enough to turn spaceship earth around.

* This article first appeared on the Daly News.

Hedonism, Survivalism and the Burden of Knowledge by James Magnus-Johnston is licensed under a Creative Commons Attribution-NonCommercial-NoDerivatives 4.0 International License.
Permissions beyond the scope of this license may be available at the Center for the Advancement of the Steady State Economy.

Center for the Advancement of the Steady State Economy

James Magnus-Johnston is Director of Canadian Operations at the Center for the Advancement of the Steady State Economy. He has worked in the financial industry, in policy positions with lawmakers, and in the communications industry as an editor. He has an MPhil in Economics from Cambridge University, where he completed a thesis on the growth dynamics imposed by the global banking system. He is presently a professor of Political Studies and Economics with Canadian Mennonite University, the social enterprise development liaison with Manitoba’s Green Action Centre, and a member of Transition Winnipeg’s Initiating Committee. In his work, James promotes the transition to a steady state economy through financial reform, low-impact living, and the use of entrepreneurship to ignite change.

No Surrender: Responding to the New Breed of Climate Change In-activists

“Cli-Fi” May Be No Stranger than Reality