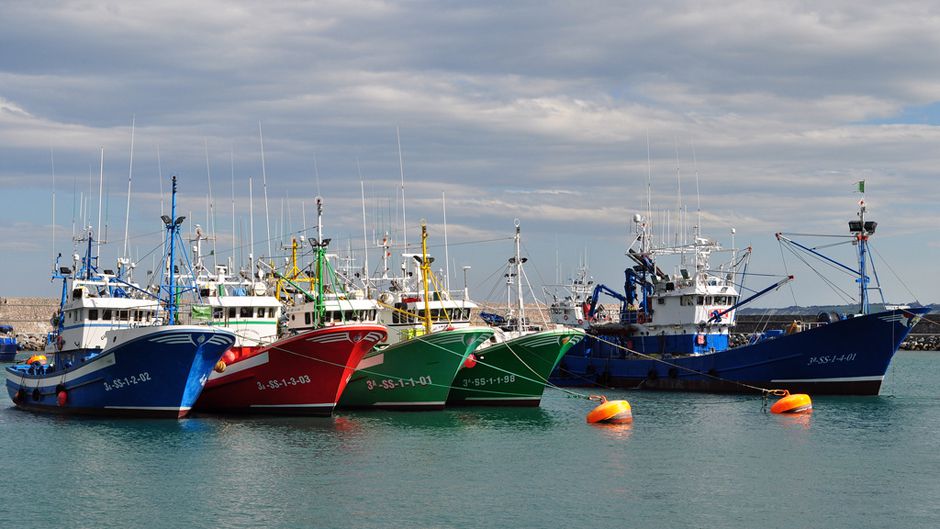 It’s easy to lapse into superlatives when talking about the oceans — they cover two-thirds of the globe and extend to depths that are famously less known than the surface of the moon. Likewise, the global capture fisheries located in this vast three-dimensional space provide over one billion people with their primary source of protein.

Capture fisheries are the last major food source that is, effectively, foraged rather than farmed. A growing population and growing demand for food has translated into increased pressure to convert forests and marginal areas into productive farmland, constituting one of the major drivers of greenhouse gas emissions. Sustainable fisheries management therefore constitutes a unique nexus of food security, climate change mitigation and environmental conservation.

Even so, cooperative management of fisheries is anything but simple, especially it seems in cases in which a single nation has a strongly dominant position (ie, becomes a hegemon) over the management and harvesting of a particular fish stock.

In the most basic case, a fish stock is contained entirely within the boundaries of a single country’s Exclusive Economic Zone (EEZ) — a 200 nautical mile zone extending out from the coastlines of sovereign states and formalized in 1982 under the United Nations Convention on the Law of the Sea (UNCLOS). More than 30 years later, these boundaries continue, however, to be a frequent object of contention, perhaps most notably in a recent series of tense disputes in the South China Sea.

While the so-called ‘grand coalition’ in which all ‘players’ (in this case fishing nations) cooperate to sustainably manage shared resources is the optimal target, there is a constant risk that one player may break away from any given coalition and draw inequitable benefits due to the efforts of others. Such ‘free-riding’ can destabilize cooperative frameworks and lead to downward spirals of retaliatory and short-sighted behaviour. The culmination of such downward spirals can be fisheries collapse or conditions of bionomic equilibrium, where fishing effort becomes equal to the value of fisheries catch, rendering the fishery unprofitable.

But with fisheries often extending across the EEZ of multiple nations with differing approaches to sustainable use and management of the resource, grand coalitions have seldom emerged. In fact, game theorists have suggested that as the number of players increases, the likelihood of a grand coalition goes down. This is a particularly troubling case for species such as Skipjack tuna (currently the world’s third largest fishery by weight), for which a grand total of 88 different countries reported catches to the FAO in 2012.

But is the relationship really so simple? In an article published last week in the research journal Marine Policy titled “Impacts of hegemony and shifts in dominance on marine capture fisheries”, my co-authors and I looked at another aspect of fisheries cooperation, namely the respective dominance of coalition members and how this influences the emergence of cooperative frameworks.

The basis for the research was over 60 years of catch data submitted by UN member states to the FAO on thousands of different fisheries. The world’s 25 largest fisheries, which comprise some 40% of total fisheries catch, were considered. Among these 25 fisheries, 23 include shared, straddling or highly migratory stocks, meaning that their continued productivity rests in multiple hands.

A dominance-based typology was imposed, leading to a distinction among four major fisheries categories:

Subsequent analysis was conducted of each category and compared with the existence of international cooperative agreements on the management of the fishery. A summary of the results is introduced below:

A remarkable finding here is that the existence of a hegemon seems to preclude the emergence of international cooperative agreements. Within this survey, hegemonic systems were defined as fisheries in which a single country reports over 80% of the total global catch. While an optimist may suggest that this dominance would lead the hegemon to naturally take on a leadership role in promoting sustainable fisheries management, it seems that quite the opposite is happening, something Ragnar Arnason et al. (2000) proposed as the so-called ‘veto effect’.

In such cases, it seems that two different processes are at work. First, the hegemon considers the financial and human resources costs of engaging in international negotiations over shared management of these resources to outweigh the (potentially) minor added benefits in long-term fish catches.

Second, if the hegemon is not at the table to negotiate a cooperative management agreement, the other smaller players engaged in the fishery have relatively little to gain from their negotiations, because the hegemon will free ride on their efforts while they bear the costs of holding talks.

It is interesting to note that as dominance becomes more diffuse across a larger number of players, there’s also an increase in the existence of cooperative agreements. Although serious concerns exist about the efficacy of some of these agreements, particularly in the case of some of the highly migratory stocks included in the non-dominated category, at the very least, the first step has been taken.

The typology introduced in this paper takes on greater importance due to the constantly changing actions of fishery nations and the dynamic nature of fish stocks, especially in light of shifts in distribution and abundance due to climate change. What happens, for instance, when a fishery transforms from a hegemonic system to a coupled or shared system? 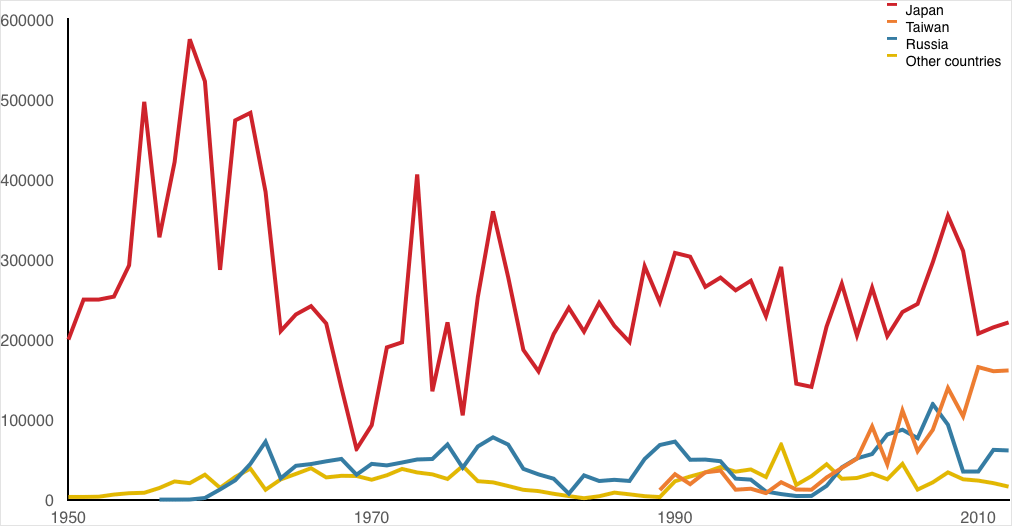 The highly migratory Pacific saury offers one such example. For more than 25 years, three main nations (Japan, USSR/Russia and Taiwan) have been reporting Pacific saury catches. However, over 80% of catch was reported over a long period by Japan, making it a hegemonic system. A recent shift in reported catch by the three nations over the past ten years has, however, caused a shift to small group dominance, a development that has been mirrored by the last-minute inclusion of Pacific saury under the management capacity of the newly-formed North Pacific Fisheries Commission (NPFC). Final ratification of the commission is expected to come in 2015.

The flipside is the alarming rapidity with which fisheries cooperation can break down. One recent example is the mackerel fishery in the North Atlantic. A poleward shift of stocks in 2009 resulted in a shift in dominance with Iceland suddenly finding great quantities of mackerel in its EEZ. As a result, Iceland unilaterally increased its catch quota in 2009, followed the next year by the Faroe Islands, who unilaterally tripled their quota. A semblance of cooperation on setting mackerel fishery quotas was only regained in late 2014 with a partial coalition between the EU, Norway and the Faroe Islands. Iceland continues to be excluded, however, constituting perhaps a continuing source of instability.

The typology introduced within this paper is useful for providing a broadly comparable basis to consider shifts in fisheries dominance. Hence, a hegemonic system in the process of gradually shifting to a coupled or small group system would indicate an advantageous time for initiating cooperative management negotiations. Likewise, if a hegemon begins to emerge in a fishery that is already under international cooperative management, particular effort may be needed to maintain cooperation.

This research was conducted as part of the five-year project titled “New Ocean Paradigm on its Biogeochemistry, Ecosystem, and Sustainable Use (NEOPS)” through Grant-in-Aid for Scientific Research on Innovative Areas. More information on the project and research outcomes are available on the NEOPS website.

Hegemons: Leaders or Barriers to Sustainable Fisheries Management? by Robert Blasiak is licensed under a Creative Commons Attribution-NonCommercial-ShareAlike 4.0 International License.