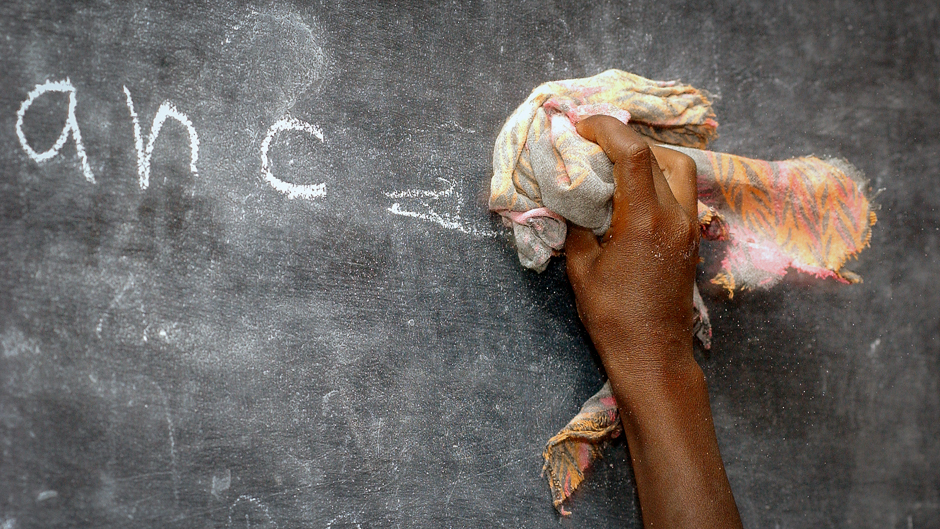 A primary school student erases the blackboard in his classroom, in Harar, Ehtiopia. UN Photo/Eskinder Debebe

There’s no disputing that many African countries’ education systems are in trouble. Despite significant investment and some improvements linked to the recent push to achieve the Millennium Development Goals, children in large parts of Africa are simply not being well taught or learning what is needed as they progress through the school system.

A lot of the discussion around this problem centres on resources: people argue that teachers must be trained better. More money must be spent. This is, of course, correct.

And governance is sometimes discussed, though mostly only as it relates to central governments and their responsibilities. But the quality of local governance matters, too. Local governments — those at regional, provincial, district, or village levels — are closer to communities. They are more likely to understand particular populations’ needs. At a practical level, they are often in charge of providing or distributing goods and services. In education this would mean textbooks, furniture, and repairs to classrooms.

This suggests that local governance can have a real effect — positive or negative — on the quality of learning resources in a community and, by association, on how children perform?

I set out to explore this effect by using a series of surveys conducted by Afrobarometer in 33 African countries. This is an independent and non-partisan research network which conducts nationally representative surveys in Africa measuring public attitudes on economic, political, and social matters. More than 50,000 citizens have been interviewed in the selected surveys I used for this study.

In fact, I found that corrupt behaviour by local government councillors increased the likelihood that schools would lack textbooks, have poor facilities and overcrowded classrooms, have poor quality of teaching, and would record high levels of teacher absenteeism. This finding stands no matter how much money a particular country’s central government had invested in education.

If Africa is serious about improving its schooling systems (and meeting the Sustainable Development Goal related to education), it must tackle corruption among local councillors.

What the data shows

My research was based on survey data Afrobarometer collected between 2005 and 2013. Some of the questions related to education; others to people’s perceptions of their local government councillors’ performance and ability.

Among the questions about education, interviewees were asked whether they had encountered the following challenges in their local public schools: expensive school fees; lack of textbooks or other learning supplies; poor teaching; teacher absenteeism; overcrowded classrooms; and facilities that were in poor condition.

For almost each of the items listed, more than 50% of the respondents had encountered the challenge in the question.

Most interviewees complained particularly about a lack of textbooks and teaching materials; poor teaching quality, and teacher absenteeism. These are all key determinants of what students can achieve by the end of an academic year.

A crisis of corruption

Corruption, like low-quality education, is a real problem across Africa. In its 2017 Ibrahim Index of African Governance, the Mo Ibrahim Foundation warned that the level of corruption on the continent had risen between 2007 and 2016.

The study shows that a 1% increase in the measure of local government corruption is associated with an increase of about 0.4% to 0.9% in the percentage of people who face poor human or physical school resources in local public schools. This statistical evidence suggests tackling issues in local governance can help education systems in Africa.

And it matters because good local governance can ensure that textbooks and learning materials are available and that they reach the students at public schools. The behaviours and attitudes of local government councillors may affect the way public sector employees, like teachers, are hired and treated.

Improving the quality of education systems will have huge benefits for Africa’s present and future generations. Part of this improvement must involve tackling people’s negative perceptions about their local councillors, whether those relate to corruption, effectiveness, or responsiveness.

Maty Konte is a Researcher at the Maastricht Economic and Social Research Institute on Innovation and Technology (UNU-MERIT).

UN to Unleash “Power of Education” to Fight Intolerance, Racism

Education is the Answer to Sustainable Development